Interview: Jared Leto on Blade Runner, Rotten Tomatoes, and Our Obsession with Nostalgia 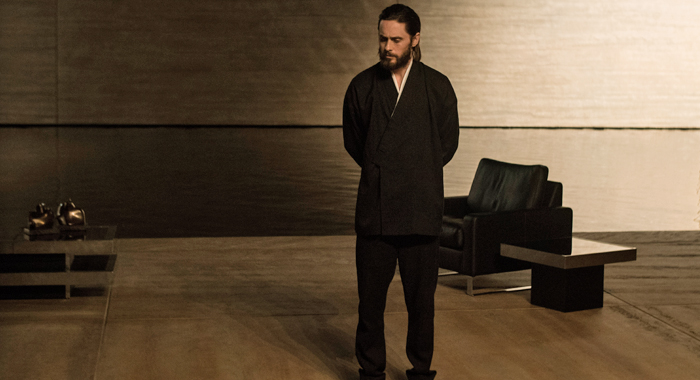 In Blade Runner 2049, Jared Leto plays Niander Wallace, one of the more fascinating and mysterious characters. Part monk, part psychotic genius, Wallace is a blind trillionaire who helped save civilization and is determined to carry on the once-defunct replicant program by creating a new kind of replicant that will not disobey or revolt… because we know what goes down when that happens.

Rotten Tomatoes caught up with Leto in advance of Blade Runner 2049‘s arrival in theaters, and our conversation began by, well, talking about Rotten Tomatoes.

Jared Leto: The legendary Rotten Tomatoes! The most feared outlet in the entire world of cinema. The crusher of dreams and the bringer of nightmares. The supporter of hope!

Leto: That’s right. Hey, I appreciate it. I see it.

RT: And speaking of, this film is so deep, it’s so complex. It’s beautiful, it’s sexy. What is the conversation that you’d like to see people having when they walk out of the theater?

Leto: That’s a great question. By the way, just to throw it out there, green tomatoes are a delicacy in many parts of the world. Anyway, the conversation… I hope people are inspired. I hope people are excited. I hope people are talking about the future, about technology, about artificial intelligence, about replicants, what tomorrow is gonna be like. I hope people are talking about how much they enjoyed the film and how much pleasure it brought to them. It’s a really rare thing when a movie comes together with the caliber of people that I was so lucky to be surrounded by… or a small part of, with Harrison and Ryan and Denis and Roger Deakins and Michael Green and everybody. It’s just an astounding group of people.

Leto: A film this size, too, it doesn’t happen very often. Selfishly, I’m really excited about it because I hope that means that maybe more films like this will get made and encouraged, and maybe there’ll be even more Blade Runner prequels and sequels and spinoffs, because I love the Blade Runner universe. For me, it’s Star Wars. 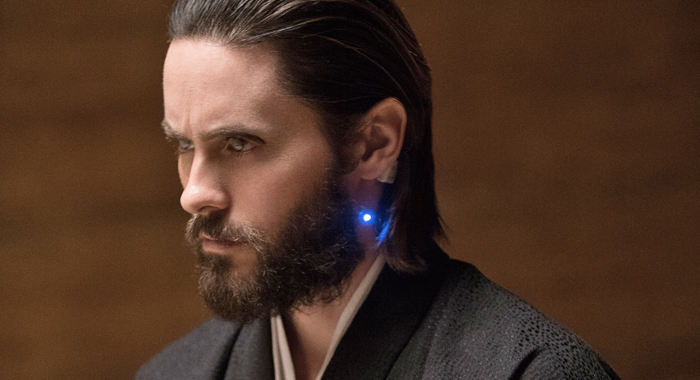 RT: For sure. Are you down for being a part of that and returning for more Blade Runner movies?

Leto: Absolutely! You kidding me? I’ll play the dog who gets kicked in the street.

Leto: He is a bit like Steve Jobs meets the Dalai Lama.

Leto: I mean, exactly that sort of thing. I think you study the great philosophers. You push yourself and try to educate yourself. I’m fortunate enough to be friends with some really inspiring people in the tech world and some of the smartest people on the planet. It was good to spend time with them and see how they operate and see… just to be a part of their world, kinda glimpse into the world that they live in. That was essential.

RT: I feel like nostalgia’s playing a big role in the resurrection of franchises like Blade Runner, like Star Wars, even like Stephen King’s It that just came out. Do you feel like that’s a good thing, that nostalgia is playing such a big part in what people are making these days?

Leto: I think it’s great. I don’t have any problem with it. I mean, if a piece of material is great, why shouldn’t it be reinterpreted? I think we’ve done that since the beginning of time. We tell stories. We reimagine the stories. We add to stories. We draw from stories. For the great ones out there, I mean, I love the fact that they made another Blade Runner, that they made new Star Wars movies, and that they’re continuing to reinvent. Sometimes they manage to get it right and do it even better, or sometimes they manage to continue a story and to elaborate on something that is really interesting or exciting. I think that it’s great when it’s great. When it’s not, it’s reductive and it’s not a lot of fun. But, yeah. 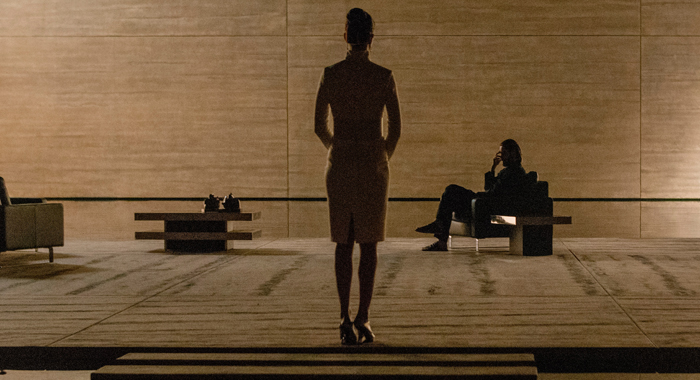 RT: A lot of people are now debating whether Blade Runner 2049 is a better film than the original Blade Runner. What do you think?

Leto: Well, I don’t think there has to be a better Blade Runner.

RT: Speaking of, your character in this film is probably in the best place to solve another debate: whether or not Deckard is a replicant. What would your character think?

Leto: Well, Denis gave me quite a gift in the film, and this is a spoiler. But in the film, I look into Deckard’s mind. I asked Denis, “So what do I see? Do I see the replicant? Do I see a human?” He took a long pause, a very long pause, an eternity. He turned around and he walked a few paces. He came back to me and he said, “You know what? It’s your decision to make. Niander Wallace knows and only Niander knows.” So that was kinda fun, and now I have that secret and I get to carry it with me to my grave.

RT: You also did a short film set before Blade Runner 2049 takes place and with a different director. I’m always fascinated by that, doing these other pieces of content that are from other filmmakers. Is it a different experience, and what do you bring to that that’s different than what you bring to the feature film?

Leto: Totally different experience. It’s a great question. But it was Ridley Scott’s son that directed the piece, so it was all part of the family. But it was different. It was fun to have more Niander Wallace to explore and to further the story. I hope people love the film, and I would absolutely be honored to continue and to jump into Niander’s … What’s it’s called again? The kimono, to toss the kimono on one more time would be fun.