Idris Elba to Voice Knuckles the Echidna in Sonic the Hedgehog 2, and More Movie News

This week’s Ketchup brings you more headlines from the world of film development news, covering such titles as John Wick: Chapter 4 and Sonic the Hedgehog 2.

IDRIS ELBA TO VOICE KNUCKLES IN SONIC THE HEDGEHOG 2 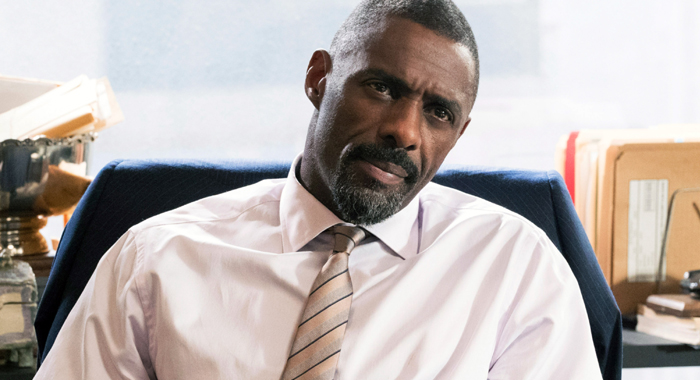 It may take a while before a consensus is reached about why The Suicide Squad opened to such weak box office numbers last weekend (some say HBO Max, some say it’s the Delta variant, some say both). Having said that, critics seem to agree about the film’s actual quality; it’s Certified Fresh at 91% on the Tomatometer. So, two of the sequel’s stars lined up new work this week, starting with Idris Elba, who co-starred in the DC Comics movie as the sharpshooter Bloodsport. Elba is moving from comic books to video games, just as video game movies are starting to trend up, following positive receptions for movies like Pokemon Detective Pikachu (Fresh at 68%) and Sonic the Hedgehog (Fresh at 63%). Indeed, it’s the sequel to that film that Idris Elba is joining as the voice of Knuckles the Echidna, whose introduction was teased at the end of the first film. Elba teased his casting on his own Instagram along with a look at Knuckles’… knuckles, and the caption, “Knock knock….”  Sonic the Hedgehog 2 (or whatever it ends up being called) is currently scheduled for release on April 8, 2022.

Idris Elba isn’t the only star of The Suicide Squad who quickly lined up more work this week off the sequel’s critical success. Although her run as DC Comics’ Harley Quinn might be Margot Robbie’s most recognized work, she has also consistently collaborated with acclaimed directors like Martin Scorsese (The Wolf of Wall Street), Quentin Tarantino (Once Upon a Time… in Hollywood), Richard Curtis (About Time), and Damien Chazelle (the upcoming Babylon), and this week, she did it again. Robbie has joined the growing ensemble cast of the next (currently untitled) film from director Wes Anderson, after the upcoming The French Dispatch (which had been delayed by COVID-19 from being released last year). Frequent Anderson star Jason Schwarztman and Homeland star Rupert Friend also joined the project, which will start filming in Spain this month and is described as a romance set in a desert somewhere. Other actors who had already been cast before Robbie, Friend, and Schwartzman include Adrien Brody, Tom Hanks, Bill Murray, and Tilda Swinton.

2. YAHYA ABDUL-MATEEN II TO STAR IN DYSTOPIAN THRILLER BY ALL

Yahya Abdul-Mateen II isn’t quite yet a household name, but he’s definitely in the midst of a skyrocketing film career. If we go back just three years to the summer of 2018, Abdul-Mateen was still months away from co-starring as the villain Black Manta in Aquaman, several months from Jordan Peele’s Us, a year away from HBO’s Watchmen, two years from The Trial of the Chicago 7, and his upcoming roles include the Candyman reboot (8/27/2021), The Matrix 4 (12/22/2021), and Aquaman and the Lost Kingdom (12/16/2022). Several of those roles were in Warner Bros. productions, and that studio is continuing its relationship with him with this week’s new project By All, about a dystopian alternate reality where police don’t exist, and “justice is crowd-sourced.” By All will be directed by Steven Caple, Jr. (Creed II, Certified Fresh at 83%, The Land, Fresh at 70%), who is currently filming the sequel Transformers: Rise of the Beasts for a 2022 summer release.

3. SHANG-CHI AND THE LEGEND OF THE TEN RINGS TO BE THEATRICAL EXCLUSIVE

Last weekend, the $185 million DC Comics sequel The Suicide Squad opened to just $26.5 million domestically, far below movies like Black Widow ($80 million), F9 ($70 million), and A Quiet Place Part II ($48 million). That led to box office analysis all over the Internet (from Variety to Forbes), with pundits variously shifting blame between the Delta variant and the day-and-date premiere of the film on HBO Max without an additional charge. By contrast, Marvel’s Black Widow also started streaming on the same day as its theatrical debut, but it was part of the Disney+ “Premiere Access” program that allowed viewers to stream the film for an additional $30 charge, which eventually led to Scarlett Johansson’s ongoing lawsuit against Disney. Perhaps as a reaction to the fallout over Black Widow, Disney CEO Bob Chapek confirmed this week that the next Marvel Studios film, Shang-Chi and the Legend of the Ten Rings, will retain a 45-day window of theatrical exclusivity when it’s released on September 3, 2021 before it starts streaming anywhere. (This week’s Free Guy also debuts as a theatrical exclusive.)

Bullet Train (4/8/2022) is an upcoming action thriller directed by David Leitch (Atomic Blonde, Deadpool 2) and adapted from the Kōtarō Isaka novel Maria Beetle in which Brad Pitt plays one of five assassins with targets on the same train. Last November, one of the biggest stars to join the ensemble cast was Lady Gaga, following up on her breakthrough role in A Star is Born, before she was expected to start filming of Ridley Scott’s House of Gucci. Then, in February, we learned that Sandra Bullock had also joined the movie, and most reports included Lady Gaga in the cast that she was joining. It wasn’t until this week, however, that it was revealed that Bullock had actually replaced Lady Gaga in the role of Pitt’s hitman’s handler (the Maria Beetle of the book’s title), as Gaga had scheduling conflicts with House of Gucci. Other cast members will include Zazie Beetz, Logan Lerman, Michael Shannon, Aaron Taylor-Johnnson, Brian Tyree-Henry, and Joey King, who is playing a gender-swapped version of a character who was male in the book.

One of the most prolific character actors still working today is Clancy Brown, who is probably recognizable to most movie and TV fans from his hundreds of roles (in fact, he’s just two roles shy from hitting 300) since making his film debut in the 1983 Sean Penn jail drama Bad Boys (Fresh at 89%). Lionsgate and director Chad Stahelski are currently filming John Wick: Chapter 4 (5/27/2022) on locations in France, Germany, and Japan, featuring an ensemble cast that includes Donnie Yen, Scott Adkins, Shamier Anderson, Laurence Fishburne, Ian McShane, pop star Rina Sawayama, and Bill Skarsgard. Clancy Brown is indeed the newest cast member to join the John Wick franchise with this movie, and he’s also the third supporting actor from the hit series LOST to join the film, along with Hiroyuki Sanada and Lance Reddick (reprising his role as the concierge of The Continental Hotel, which serves as a base for Wick’s fellow assassins).

6. JOHN LITHGOW TO WORK WITH SCORSESE FOR THE FIRST TIME ON KILLERS OF THE FLOWER MOON

Despite his long, eclectic career, two-time Golden Globe winner John Lithgow has never worked with director Martin Scorsese. That’s about to change, though, as Lithgow has joined the cast of Scorsese’s fact-based crime drama Killers of the Flower Moon, based on the eponymous non-fiction book about one of the first cases investigated by the FBI in the 1920s. Lithgow joins an ensemble cast on the Paramount/Apple+ coproduction that already includes Jesse Plemons, Leonardo DiCaprio, Robert De Niro, Tantoo Cardinal, Barry Corbin, Brendan Fraser, Lily Gladstone, and Tatanka Means.

A darkly ironic twist that many people predicted as the Harvey Weinstein cases were first revealed in 2017 was that the story had the makings of exactly the sort of awards-friendly movie that Weinstein made a career out of producing. Less than four years later, that’s exactly what’s happening, as Universal Pictures is now developing a film called She Said (11/18/2022), based on the bestselling non-fiction book, She Said: Breaking the Sexual Harassment Story That Helped Ignite a Movement. Carey Mulligan (Promising Young Woman) and Zoe Kazan (The Big Sick) are starring in She Said as New York Times journalists Megan Twohey and Jodi Kantor, who broke the earliest stories about allegations against Weinstein. Patricia Clarkson was the third cast member to join, as their direct supervisor, and this week, two-time Emmy winner Andre Braugher (Homicide: Life on the Street, Brooklyn Nine-Nine) also joined as New York Times executive editor Dean Baquet, who made history as the first African American NYT executive editor in 2014. The role of Harvey Weinstein himself has not yet been cast.