Chatting with the blockbuster producer of this week's Confessions of a Shopaholic.

Super producer Jerry Bruckheimer has earned a spot amongst Hollywood’s elite players by producing some of the most successful and bombastic films of the last three decades, from Beverly Hills Cop to Armageddon, to Black Hawk Down and all three Pirates of the Caribbean movies. (They don’t call him “Mr. Blockbuster” for nothing.) So what’s Bruckheimer doing producing this week’s estrogen-powered Confessions of a Shopaholic, starring a radiant Isla Fisher alongside the fab fashion mise-en-scenes of Sex and the City designer Patricia Fields?

He’s taking people (in this case, the chick lit crowd) on a journey. In our discussion below, RT chats with Bruckheimer about his Five Favorite Films, many of which were directed by a sort of blockbuster magician of another generation, the celebrated British filmmaker David Lean. All five of his favorites, however, share certain elements that Bruckheimer strives for in his own career — a fortuitous combination of great writing, great visual style, and great casting. (They also share a lot in common with the picks of last week’s Five Favorite Films subject, Djimon Hounsou, to which Bruckheimer quips, “Really? He’s a smart man.”)

Below, Jerry Bruckheimer reminisces on working with Paul Schrader and the late artistic director Ferdinando Scarfiotti, with whom he worked on Cat People and American Gigolo, and compares the plight of Shopaholic‘s indebted heroine to America’s current economic crisis. Intriguingly, Bruckheimer also argues that there is no glass ceiling in Hollywood for female filmmakers today (although Confessions of a Shopaholic is helmed by male director P.J. Hogan). Read on for all this and more with Jerry Bruckheimer.

I’m a big fan of David Lean. Bridge on the River Kwai, Lawrence of Arabia, and Dr. Zhivago take up three of my favorites. This can go for all three of Lean’s films, because they’re all very similar. They all have very strong characters, very developed characters. He has a unique visual style; it’s very important for the way the movie looks. There are stories about how he’d sit in the desert for half a day, just waiting for the clouds to be right before he’d start filming. You can imagine what a producer would be doing during this. [Smiles] So I love films that have strong visual styles, and all of those films have very unique styles.

The Godfather is another big favorite of mine. It’s a great characterization. Fantastic casting, in every film. I can generalize on all of these favorite films, because they all have the same elements to them. Very strong directors; very strong writers. Robert Bolt wrote most of David Lean’s movies. You have a fantastic screenwriter working at your hand, penning these wonderful characters.

Another masterful director [Martin Scorsese]. Paul Schrader was one of the writers on that, another great writer and director. Casting, again; De Niro is amazing.

Next: Bruckheimer on Paul Schrader, making films to “empower women,” and how he pulls each project together

Jerry Bruckheimer: It’s cute, isn’t it? Not cute, but it’s out there.

It’s visually amazing. There are a number of things you’ve mentioned that seem to resonate, among them Paul Schrader delaying production a few times…do you remember making that movie very well?

JB: That’s right! Ferdinando Scarfiotti was the designer on it; he was just a genius, he really was. He was from Italy, and he comes to America and has a whole different perspective on what he sees. Things that you and I pass by every day that become commonplace, they’re unique to him. It’s so interesting to see things through his eyes, and that’s what that movie was. He also did American Gigolo, which I produced, with Paul Schrader.

I heard there was some lobby to get him a co-director credit because of how much he contributed.

JB: He was a genius, and one of the sweetest men ever. Just an amazing individual.

Now, we’ve got Confessions of a Shopaholic, which at first glance seems like somewhat of a departure for you.

JB: A little bit, but not really. My first [romantic comedy] was 25 years ago, with Flashdance, and then we did Coyote Ugly. But I like to make movies that empower people — especially women — and I think this is a very powerful film. All three of those movies empower women, and take them on a journey. Shopaholic is the journey of this young girl who obviously has problems. She doesn’t like her job, she has a spending problem. And through the course of the movie, through her own conviction and through her own realization, she overcomes her problems, finds something she really likes doing, and finds romance. I think we all look for that. A lot of us have had jobs we hated, or have problems we have to overcome. So I think it’s nice for young kids to see that they can come out of these things.

On the one hand, you see Isla Fisher in Patricia Fields’ fabulous clothes, and on the other you have this story about debt which is really quite timely in today’s economic climate.

JB: It’s so funny how things happen. When we bought this book years ago, the country was flying high. Now we have the same problems that Rebecca Bloomwood (Isla Fisher’s character) has. We’ve spent too much, put too much on credit, and now they’ve come to collect and we don’t have the money. We have to take some lessons from Becky.

Could you compare Shopaholic to any of your big action blockbusters, in terms of how you put the pieces together?

JB: I think you try to find the strengths and weaknesses of all the people you work with. If the director’s very visual — like Ridley Scott and Tony Scott, the Scott brothers are both very visual — then it doesn’t matter who the designer or the cinematographer is; it’s really their vision and you just have to have someone who’s very good at executing their vision. But other directors focus on character and story, and they don’t have the desire to have something more brilliant; that’s not their expertise. You have to find the Nando Scarfiottis of the world to come in and design the film. It’s the same thing with the cinematographer. Some directors are trained a different way, and they don’t have the skill and the understanding of what good cinematography is, so you’ll have to get a brilliant cinematographer. It’s all mixing and matching the talents of the people that surround you.

Some writers write great characters and great dialogue, but their storytelling is not as good. In the old Hollywood system, studios used to have writers under contract. Every screenplay went through five different writers. It started with the plotter, the guy who wrote the great plots, then they’d give it to the character person, then they’d it to the punch up dialogue, then they’d give it to the female writer, who bolstered the female characters, then they’d bring in somebody, if it was an action movie, who understood how to write action… it went through all these different hands. That’s why you have all those great movies in the ’30s and ’40s that had brilliant dialogue; they went through so many different typewriters.

Next: Bruckheimer on the best writers in Hollywood, gender politics in Hollywood, and why he selected a man to direct the female-centric Confessions of a Shopaholic

Do you think a similar writing system could work today?

JB: Well, we sort of do it. It’s rare that we have writers like Ted Elliott and Terry Rossio, who can actually do everything. The problem is, there may be ten of them in Hollywood, and they’re always busy so you can’t always get them. So you have to find somebody else and nurture them along, or you have to go through a bunch of different computers to get where you have a complete screenplay.

How did you decide on hiring P.J. Hogan (Muriel’s Wedding) to direct Confessions?

Confessions is poised to become a female-driven blockbuster. It’s a female movie, with a female audience. So why not hire a female director?

JB: I don’t look it as far as gender. I look at it as who’s available at the time, who’s the most talented. These pictures have a very short window in which they can get made, so you try to get a list of people who you think are really talented, and they start getting crossed off one by one because they’re making other movies.

Why do you think there is such a lack of female filmmakers in mainstream movies?

JB: I think that’s changing. I think you saw that when you saw Twilight; [director Catherine Hardwicke] is very talented. There’s a whole group of young women and older women who are directing now, doing very well.

True, but I feel like despite there being a handful of established female directors, like Catherine Hardwicke, even with her success — nobody really knows what happened in the decision making process with the Twilight sequel, New Moon.

JB: From what I’ve read, it seems that most studios want to make movies for less money and she felt that she needed a little more…

Or a little more time —

So from what you can tell, Hollywood isn’t terribly unbalanced gender-wise –there’s not a huge uphill battle facing aspiring female filmmakers?

JB: Not at all. Quite the opposite. Historically, they’ll even hire people who have all kinds of problems, as long as they can make money. It’s all about talent.

For a director, do you think it helps or not to be an auteur?

JB: It works either way. It depends on what kind of auteur you are; if you’re a commercial auteur, that’s one thing. If you’re an auteur who makes very personalized movies that people don’t go see, it’s much harder to get work — or to get people to finance your films.

What is your favorite Jerry Bruckheimer film?

JB: I don’t have one — they’re all favorites. They’re all your children. 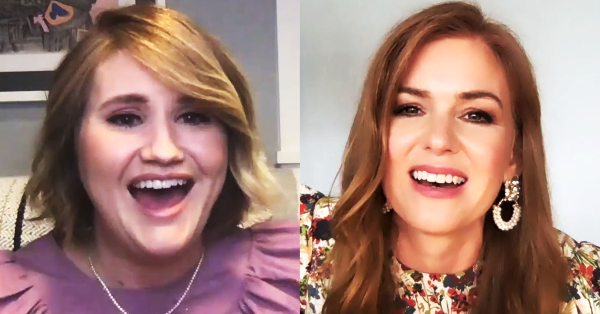 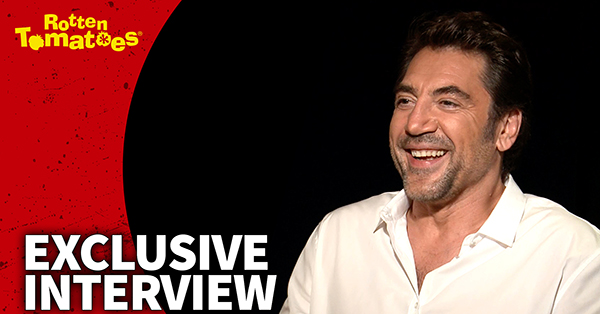 Video: Pirates of the Caribbean: Dead Men Tell No Jokes

The Many Interpretations of Nocturnal Animals