Ozark Showrunner: Season 3 Found Us "In Our Stride" 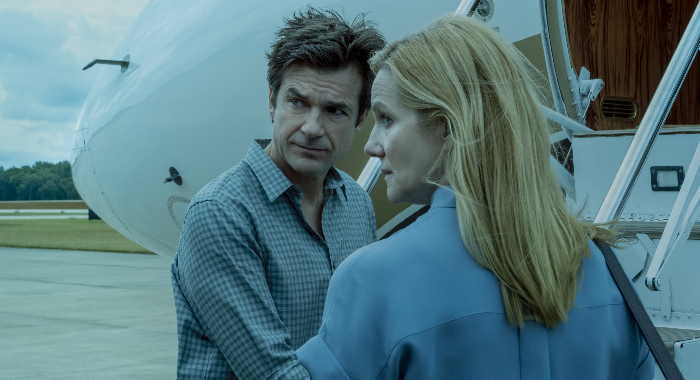 Certified Fresh is a sponsored partnership with Rotten Tomatoes and Netflix that includes a series of interviews with the showrunners and creatives behind some of the streamer’s Freshest hits – all conducted by Tomatometer-approved critics.

Season 3 of Netflix’s crime drama, Ozark, felt like the moment the world collectively realized what the series’ most ardent fans had known since the beginning: that this story of a middle class money launderer, his family, and their new life away from the city, was something truly special.

And Certified Fresh at 97% on the Tomatometer, it was one of the most acclaimed seasons of television to hit our screens in 2020.

Talking to NPR TV critic Eric Deggans for the second of our Certified Fresh interviews, Ozark showrunner Chris Mundy said the creative team behind the series were “in our strides” this year.

“I think two things happened, simultaneously, in season three,” Mundy said. “One, we were a little lighter in places; we intentionally played a little more dark comedy than we had in season two. Then the other is we burrowed down into family.”

That burrowing led to the heartbreaking storyline between Laura Linney‘s Wendy Byrde, and her estranged bipolar brother Ben (a landmark performance from Tom Pelphrey), and increasing tensions between Wendy and Marty (Jason Bateman) as they took different approaches to the family business.

In the interview, Mundy also talks about Linney’s widely acclaimed performance this year, comparisons between the series and Breaking Bad, and teases what’s to come in the fourth and final season, due for release in 2021.

Watch the full interview above or at Netflix’s FYSEE TV site.

Ozark is now streaming on Netflix.

Eric Deggans is a Tomatometer-approved critic and the first full-time TV critic at NPR.