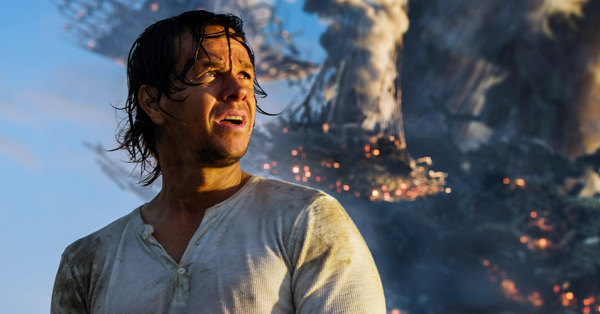 Michael Bay’s fifth Transformers movie, The Last Knight, opened at number one in North America just like all its predecessors, however grosses sank sharply to franchise lows. Following two sequels which grossed over $1 billion each, the newest PG-13 action tentpole debuted to an estimated $45.3M over the Friday-to-Sunday period and $69.1M overall since its launch on Tuesday night with pre-shows. That represented a 43% fall from the five-day start of the last Transformers movie Age of Extinction which also opened in late June.

The five-day cume for Knight was only somewhat more than the opening day of 2009’s Transformers: Revenge of the Fallen which banked $62M on a Wednesday in late June of that year ahead of a mammoth $200.1M five-day debut. Paramount data showed that the audience was 57% male and 51% over 25. Reviews were dreadful, but that is always the case for Transformers sequels. Paying moviegoers were generally pleased as the CinemaScore grade was a decent B+. The road ahead could lead to a final domestic tally in the $130M area which would be less than what low-cost films Get Out, Split, and Hidden Figures grossed earlier this year.

Like so many aging action movie franchises, domestic grosses are hitting series lows as audience interest erodes over time. But international markets are where numbers are still strong and that was once again the case here. Last Knight took in an estimated $196.2M this weekend from overseas markets led by China’s terrific $123.4M over three days. In fact its five-day gross there is likely to surpass its entire run in North America. China is the key market for this franchise and the new film debuted 35% bigger than the last one indicating growth is still out there for the Autobots.

Worldwide, the new Transformers banked $265.3M this weekend with 74% coming from overseas markets. And these numbers were achieved without five major markets which will still open in the coming weeks – France, Brazil, Mexico, Japan, and Spain. Budgeted at a hefty $217M, Transformers: The Last Knight has the potential to gross $750M or more worldwide and the next film is already on the calendar opening 50 weeks from now.

Two big films reported the exact same weekend estimate and tied for second place with finals counted on Monday set to determine the final order. But the leggy super hero smash Wonder Woman held up well against the new action tentpole competition dropping 39% to an estimated $25.2M. The Warner Bros. hit is only the tenth movie in history to break $25M on the fourth weekend of play, and the first one since Star Wars: The Force Awakens did it.

The domestic total for Wonder Woman vaulted past the triple century mark on Friday ending at $318.4M matching Iron Man from 2008. Later this week, Diana will race past Suicide Squad and Batman v Superman to become the top-grossing film from the DC Extended Universe entering the all-time Top 50 in the process. A domestic final of about $390M is possible, but $400M can’t be ruled out just yet.

With Transformers making more of a dent in overseas markets this weekend, Wonder Woman saw more erosion dropping 49% there to $20.5M. The offshore cume is now $334.5M with global sitting at $652.9M. The Gal Gadot film will break $700M next week and will try to make it to $800M with its final market of Japan which opens on August 25.

Also claiming the runner-up spot this weekend with an estimated gross of $25.2M was the Pixar sequel Cars 3 which decelerated by a sharp 53%. That’s a bigger sophomore drop than for the studio’s last few summer offerings like Finding Dory, Inside Out, and Monsters University which all declined within the 42-46% range. However, Cars 2 did tumble 60% in its second lap in 2011. Cume for part 3 is $99.9M and things get worse next weekend with the arrival of rival toon threequel Despicable Me 3.

The shark thriller 47 Meters Down held up well in its second weekend slipping only 34% to an estimated $7.4M giving Entertainment Studios $24.3M to date. On the other hand, fellow sophomore All Eyez On Me took a shocking 78% nosedive to an estimated $5.9M after a strong debut. Lionsgate has banked $38.6M.

Though a disappointment at home, Tom Cruise’s monster movie The Mummy is still on its way to over $400M worldwide. The Universal thriller grossed an estimated $5.8M, dropping 60%, putting the studio at $68.5M domestic. But international markets have kicked in $273.6M to date led by China where the local total of $89.3M has surpassed Wonder Woman. Worldwide to date is $342.1M.

As with the fifth Transformers, Johnny Depp’s fifth Pirates of the Caribbean movie is sinking to new franchise lows in North America, but seeing much bigger numbers overseas. Dead Men Tell No Tales declined by 42% to an estimated $5.2M giving Disney $160M. Add in a big $517.8M from international and the worldwide sum stands at $677.8M – 76% from foreign.

Falling 41% in its second weekend was Sony’s dark comedy Rough Night with $4.7M and a ten-day tally of $16.6M. The DreamWorks Animation comedy Captain Underpants dropped 40% to an estimated $4.3M giving Fox $65.7M to date.

The Marvel sequel Guardians of the Galaxy Vol. 2 is still the top-grossing summer movie – for now – and collected an estimated $3M, off 41%. New totals are $380.2M domestic and $851.2M worldwide.

In platform release, the critically acclaimed comedy The Big Sick debuted to an estimated $435,000 from only five locations in New York and Los Angeles generating the best opening weekend average of the year with $87,000. Amazon Studios and Lionsgate will expand to more major cities next weekend and will be national by July 14.

Focus launched its period drama The Beguiled in four NY/LA houses and collected an estimated $241,000 for an average of $60,250. Next weekend sees an expansion into 500 sites.

The top ten films grossed an estimated $132.6M which was off 25% from last year when Finding Dory remained at number one with $73M; and down 24% from 2015 when Jurassic World stayed in the top spot for a third time with $54.5M.