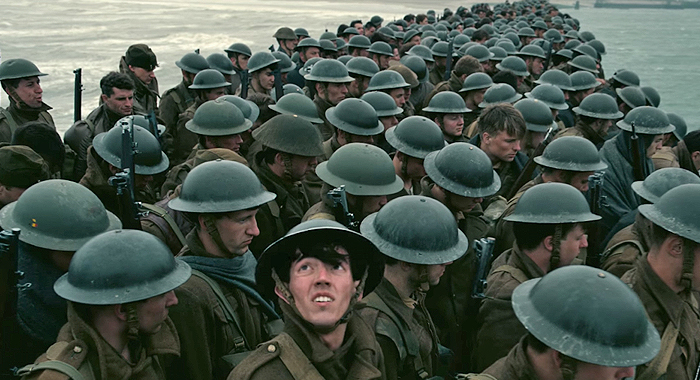 With strong critical reviews and tremendous audience support, Christopher Nolan’s Dunkirk took the top spot for a second straight weekend, dropping a reasonable 44% to an estimated $28M. Its total now stands at $102.8M and looks headed to at least $200M if not more. Internationally it added an estimated $45.6M bringing its total to $131.3M and a worldwide cume of $234.1M.

The two debuting films both got a B Cinemascore, but were on complete opposite ends of the critics scale. In second place was The Emoji Movie which made an estimated $25.6M from 4,075 theaters for a per screen average of $6,294. It currently stands at a whopping 9% positive on Rotten Tomatoes, proving that poop sells to kids. How well it does over the next few weeks is up in the air but with a $50M budget, it’ll likely recoup its costs and who knows, maybe there will be a sequel?

At 75% positive on Rotten Tomatoes, the other wide debut this weekend was Charlize Theron’s action-thriller, Atomic Blonde which opened to an estimated $18.5M from 3,304 theaters for a per screen average of $5,616. If you take out the pre-release hype, this is a good opening for this type of film. I think expectations started to run a little high in the days leading up to the weekend. It’ll recoup its $30M budget easily and once again, a sequel could be in play.

Sandwiched in thrid place between the new releases was Universal’s Girls Trip which fell only 35.6% in its second go-around to an estimated $20.1M bringing its total up to $65M. Already after two weeks its the highest grossing comedy of the year. A total of $125 or more is likely.

Luc Besson’s expensive sci-fi epic Valerian crashed and burned in its second weekend, falling 60% to an estimated $6.8M, bringing its total up to only $30M. Hitting even $50M domestically will be a stretch for the $175M production.

A couple of heavyweight filmmakers opened movies in limited release this weekend. Oscar Winner Kathryn Bigelow’s Detroit brought in an estimated $365,455 from 20 theaters for a per screen average of $18,273 which is good, but probably a little bit below what the studio was hoping for before the film goes wide next weekend. And Al Gore’s timely An Inconvenient Sequel: Truth to Power opened in four theaters with an estimated $130,000 for a per theater average of $32,500.