This week’s Ketchup brings you more headlines from the world of film development news, covering such titles as Indiana Jones 5, John Wick Chapter 4, and the next Star Trek. 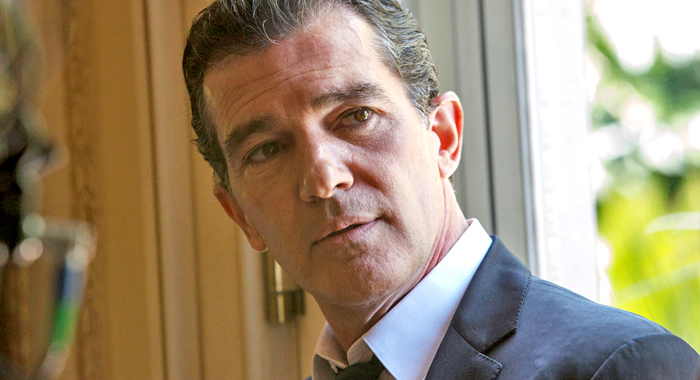 Harrison Ford is now filming (after injuring his shoulder during rehearsals) the fifth Indiana Jones (the full title of which hasn’t been announced yet) with director James Mangold (Logan, Ford v Ferrari), but we haven’t really heard much about most of the film’s cast, except for Mads Mikkelsen, Boyd Holbrook, and Phoebe Waller-Bridge (whose 1960s-style costume was revealed online this week). The same is true for the latest star to join Indiana Jones 5 (7/29/2022), which is Antonio Banderas, whose role in the film we also know pretty much nothing about. Nevertheless, the Indy 5 cast is shaping up to be an impressive one, so here’s to hoping the end result is worth the wait.

The Disney+ mini-series WandaVision (Fresh at 91%) was many things, but it began as a “decade-at-a-time” love letter to the sitcoms of classic television. It should perhaps not come as a surprise then that WandaVision director Matt Shakman is moving on to a movie franchise that got its start as an adaptation of a classic 1960s TV show. Matt Shakman has signed with Paramount Pictures and J.J. Abrams’ Bad Robot to direct their next Star Trek feature film, working from a screenplay by Lindsey Beer and Geneva Robertson-Dworet (co-writer of Captain Marvel, Tomb Raider), whose involvement makes this Star Trek the first of the franchise’s films to be written by female screenwriters. The premise of this Star Trek film is still being kept secret, including whether it will feature previous “Kelvin Timeline” stars like Chris Pine, Simon Pegg, and Zachary Quinto. This project should also not be confused with the Star Trek to which Quentin Tarantino was once attached. In related news, Lindsey Beer is also currently filming her directorial debut, which will be a prequel to the 2019 remake of Stephen King’s Pet Sematary (Rotten at 57%).

Although Bill Murray did not appear in director Wes Anderson’s very first movie, Bottle Rocket (Certified Fresh at 85%), beginning with Rushmore, he has been in all of Anderson’s films since. Two weeks ago, another of Anderson’s frequent collaborators, Tilda Swinton, was the first to be announced for his untitled next film, which is described as some sort of love story possibly set in a desert landscape (which is filming in Spain). Naturally, Bill Murray has now also joined the project, although we don’t know anything about his character (or, for that matter, Swinton’s). Both Murray and Swinton co-star in Wes Anderson’s next film, The French Dispatch (10/22/2021), which just held its world premiere at Cannes earlier this week.

3. THIS WEEK IN JOHN WICK: IAN MCSHANE RETURNING FOR #4

Some movies quietly get made with relatively little hullabaloo about casting, while other publicity departments turn the casting process into an ongoing campaign. One movie currently filming that has been consistently making the news because of its casting is John Wick Chapter 4 , which has been covered here at least three times recently (for the castings of Rina Sawayama, Donnie Yen, and, just last week, Lance Reddick). This week, John Wick Chapter 4 made the news twice, first for Chilean stunt actor Marko Zaror (From Dusk Till Dawn: The Series), and then for Ian McShane, who will be reprising his franchise role as Winston, the proprietor of the Continental Hotel, a neutral zone where assassins can come to recuperate but must refrain from conducting any “business.”

4. HENRY CAVILL IS LATEST TO TAKE ON THE ROSIE PROJECT

Plenty of movie projects take years and years to get made, but generally, these loops tend to affect certain types of films (remakes, sequels, etc.) the most. One genre that seems to be making a comeback, though, is the romantic comedy (partly because Hollywood doesn’t make these as much anymore). The Rosie Project is a rom-com that has been bouncing around since 2014, with people like Jennifer Lawrence, Ryan Reynolds, and Jake Gyllenhaal potentially slated to star, and directors like Richard Linklater and the team of Phil Lord and Christopher Miller were once attached. Ultimately, it appears the film will be a vehicle for Henry Cavill, whose spy movie Argylle was just our Top Story last week, as The Witcher star signed on to The Rosie Project this week. Cavill will play an “an unlucky-in-love university professor who creates an elaborate questionnaire in an effort to find a wife,” but the woman he falls in love with doesn’t match his criteria. The Rosie Project will now be the directorial debut of its screenwriter, Steve Falk.

5. MICHAEL B. JORDAN’S REMAKE OF THE THOMAS CROWN AFFAIR STILL IN DEVELOPMENT

For better or worse, some movies get seem to get remade for each new generation (A Star is Born, for example). Steve McQueen and Faye Dunaway starred in the original 1968 art heist romantic thriller The Thomas Crown Affair (Fresh at 72%), which was then remade in 1999 (Fresh at 70%) with Pierce Brosnan and Rene Russo. Back in 2016, we first reported that MGM had started development of a third version with Michael B. Jordan attached to produce and star, but since it’s been five years, it would have been reasonable to assume the project was shelved. Instead, remaking The Thomas Crown Affair is reportedly still very much a “high priority” for MGM, which this week hired screenwriter Wes Tooke (Midway, Rotten at 41%) to adapt the concept for Michael B. Jordan.

Academy Award nominee Anna Kendrick (Up in the Air, Certified Fresh at 90%) and Wunmi Mosaku (Hunter B-15 from Loki) are now in Canada filming a psychological thriller for Lionsgate called Alice, Darling. Kendrick is playing the title character, “who is behaving strangely, keeping secrets about her mercurial boyfriend (Charlie Carrick) from her two best friends (Wunmi Mosaku and Kaniehtiio Horn).” Alice, Darling will be the directorial debut of Mary Nighy, the daughter of British actor Bill Nighy, Coincidentally, there is also an actress named Alice Darling, but she doesn’t appear to be co-starring in Alice, Darling. Too bad.

7. AMAZON’S WHEEL OF TIME TO GET AGE OF LEGENDS TIE-IN TRILOGY

When fantasy author Robert Jordan died in 2007 at the age of 58, he left behind his popular Wheel of Time series yet unfinished, and another writer eventually finished it off. Wheel of Time is now being adapted as an Amazon Prime series to premiere later in 2021, but given exactly how big Jordan’s series is, it might be unlikely that the Amazon show could ever adapt it all. With that in mind, Radar Pictures has hired screenwriter Zack Stentz (co-writer of Thor, X-Men: First Class) to adapt the screenplay of the first of a planned trilogy set during the Age of Legends as a prequel set thousands of years before Jordan’s Wheel of Time series. The Age of Legends trilogy is being planned to compliment the Amazon Prime series.

The Fast & Furious franchise has obviously become a box office juggernaut ($6 billion and counting, worldwide), but other attempts at adapting super fast cars to the big screen have frequently stalled. Specifically, movie versions of the TV show Knight Rider, the video game series Spy Hunter, and the toy line Hot Wheels have all been in and out of development over the last 20 years, but  none of them has been made yet. This week’s news seems to promise another movie along those lines, as it’s an adaptation of the indie comic book series Chariot, about a criminal who discovers a Cold War-era super spy’s weaponized car, only to learn that the agent’s consciousness now controls the car (hence our comparisons to Spy Hunter and Knight Rider). Warner Bros. won an auction for the rights to Chariot, with Joseph Kosinski (Oblivion, Tron: Legacy) attached to direct. Kosinski’s next films will be Top Gun: Maverick (11/19/2021) and the Netflix movie Escape from Spiderhead, starring Chris Hemsworth.

In addition to all of the stories that are officially announced each week, there are also things going on “behind closed doors” that we as the moviegoing public wouldn’t normally hear about. The death last year of Chadwick Boseman has made the non-realization of one such project even more bittersweet. In an interview this week, screenwriter Brian Helgeland revealed that he and L.A. Confidential author James Ellroy had pitched Warner Bros. on a sequel that would have been set decades later in the 1970s. In addition to returning stars Russell Crowe and Guy Pearce, the sequel would have introduced a young L.A.P.D. police officer played by Chadwick Boseman (who had previously worked with Helgeland on the Jackie Robinson biopic 42, Certifed Fresh at 81%).