Timothée Chalamet is the new Wonka, Henry Cavill is the new Highlander, Johnny Knoxville is no longer a Jackass, and Todd Phillips is already working on the Joker sequel.

This week’s Ketchup brings you more headlines from the world of film development news, covering such titles as Evil Dead Rise, Highlander, Jackass 4, and Wonka. 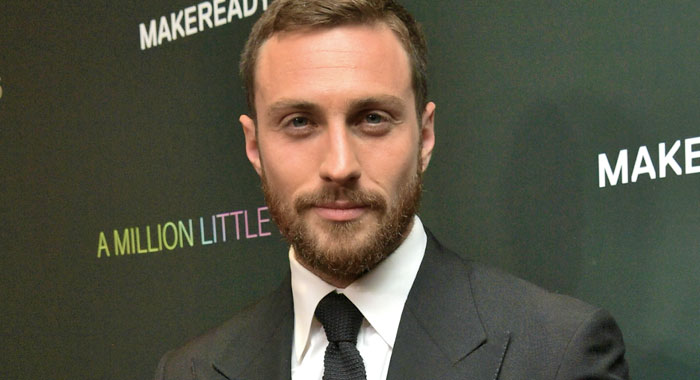 Generally, Marvel Studios has a rule about actors not playing more than one of their roles, except there are many exceptions, mostly due to the fact that not all of them are “MCU” movies. For example, the reasons former Human Torch actors Chris Evans and Michael B. Jordan were both able to star as Captain America and Killmonger in Black Panther, respectively, is that their Fantastic Four movies were under 20th Century Fox, not Marvel Studios itself. Marvel played around with this concept a little bit in WandaVision (Fresh at 91%), in which Wanda’s brother Pietro (AKA Quicksilver) was “recast” as Evan Peters, who first played Quicksilver in X-Men: Days of Future Past (Certified Fresh at 90%) (again, a Fox film and not Marvel Studios itself). It was a cheeky switcheroo to pull, since the MCU’s Quicksilver was played by Aaron Taylor-Johnson in Avengers: Age of Ultron. With that in mind, Taylor-Johnson signed on this week to star in another Marvel movie, namely Kraven the Hunter, a solo movie about one of Spider-Man’s oldest villains (August, 1964 to be precise), which Sony Pictures has scheduled for release on January 13, 2023. J.C. Chandor (All is Lost, Triple Frontier, A Most Violent Year) will direct the Kraven the Hunter movie, which is expected to be a standalone very much in the style of Venom (Rotten at 29%) and the upcoming Morbius (1/28/2022).

The DC Comics origin story Joker (Fresh at 68%) might have led to a satisfying conclusion, but the film also left a lot of the villain’s story yet to be told. Warner Bros. moved quickly into development on a Joker sequel in late 2019, but the year-that-was-2020 may have slowed down how the sequel may have otherwise developed. This week, in a profile of various Hollywood lawyers, The Hollywood Reporter may have buried the lede, which is that Joker director and co-writer Todd Phillips is now officially signed to co-write the Joker sequel. That doesn’t give us much more to work with, such as whether Phillips will return to direct or Joaquin Phoenix will return to star, but both are probably more likely than not. Warner Bros. has not currently scheduled the Joker sequel for release (but we can guess that it won’t be before 2023 because WB/DC’s 2022 slate is already packed).

2. TIMOTHÉE CHALAMET IS YOUR NEW WONKA

Some classic characters are portrayed just once and seem to transcend generations (Atticus Finch in To Kill a Mockingbird), while others seem to be reimagined occasionally for new generations. Gene Wilder starred in the 1971 Willy Wonka and the Chocolate Factory (Certified Fresh at 90%), but then Johnny Depp took over the character in the 2005 remake Charlie and the Chocolate Factory (Certified Fresh at 83%), and both movies have their fans. Warner Bros. and director Paul King (Paddington, Paddington 2) have been developing a prequel called Wonka for a while now, with the most recent news before this week being in January, when it was revealed that Warner Bros. was considering either Tom Holland (Marvel’s Spider-Man) or their own Dune reboot star, Timothée Chalamet. Well, it’s finally official: Timothée Chalamet will star in the prequel Wonka, which will reportedly feature several musical numbers that will require Chalamet to sing and dance on screen following several months of practice and preparation. Warner Bros. has scheduled Wonka for release on March 17, 2023. In the meantime, Chalamet is now filming another movie with his Call Me By Your Name director Luca Guadagnino. The film is called Bones & All, and it’s a horror film adapted from the 2015 novel by author Camille DeAngelis.

3. HENRY CAVILL TO PROVE THERE CAN BE MORE THAN ONE HIGHLANDER

Henry Cavill is well on his way to being one of Hollywood’s modern stars with several franchises on his resume. In addition to his movies as Superman, Cavill has also co-starred in Mission: Impossible – Fallout, tried his hand at The Man from U.N.C.L.E., starred as Sherlock Holmes on Netflix (Enola Holmes), co-starred in new adaptations of The Count of Monte Cristo, Red Riding Hood, and Tristan & Isolde, and is currently starring in Netflix’s video game adaptation series The Witcher. We can now add another fantasy franchise to Cavill’s filmography, as he is signed to take on the lead role in the Highlander reboot to be directed by Chad Stahelski (of John Wick and its sequels). The premise of the Highlander reboot isn’t yet known, including whether Cavill will be playing one of the characters from the original or a completely new one.

Like many things, filming of Keanu Reeves’ John Wick: Chapter 4 was delayed by COVID-19 from its original start date in 2020 to later this year, aiming for a release date of May 27, 2022. As is common with all of the John Wick movies, the details are being kept secret, but we now know Reeves will be joined by Japanese-British pop singer Riwa Sawayama in her feature film acting debut. Filming of John Wick: Chapter 4 is expected to take place in France, Germany, and Japan this summer, after which Sawayama will be starting a world tour. John Wick: Chapter 4 will be directed by Chad Stahelski, who is also developing the aforementioned Highlander reboot.

The Evil Dead horror franchise is currently getting a little tricky to track. Bruce Campbell starred in the first three Evil Dead films, which included Army of Darkness (despite it not having Evil Dead in the title). Then, there was a fourth Evil Dead (Fresh at 63%) in 2013 that was basically a reboot, and that was followed by a Starz television series called Ash vs Evil Dead, which served as a sequel to the original films. Now, New Line Cinema is moving forward with plans for Evil Dead Rise, which some sites are calling Evil Dead 4, which presumably refers to it continuing the story from the first three (despite really being the 5th). Bruce Campbell will not return to star as Ash Williams in Evil Dead Rise (but he will executive produce along with Sam Raimi), as the leads will now be two twin sisters played by Alyssa Sutherland (Vikings) and Lily Sullivan (TV’s Picnic at Hanging Rock), and the setting will also be “the city” versus the “cabin in the woods” of the previous movies.

6. JAMES BOND PRODUCERS ASSURE NO TIME TO DIE WILL DEBUT IN THEATERS

Less than a week after the news first broke that Amazon had bid to buy MGM, the deal was confirmed with a $8.45 billion price tag. The logic behind the deal seems to be that it will greatly bolster the content available on the Amazon Prime subscription service, but the immediate results are sometimes more complex than that. For example, MGM actually sold the rights to most of its pre-1986 catalog to Turner and Warner Bros. in the 1980s (so this deal doesn’t include The Wizard of Oz or Gone with the Wind). Some people also wondered if this meant the long-delayed-by-COVID-19 James Bond film No Time to Die (10/7/2021) might debut on Amazon instead of theaters. James Bond franchise producers Barbara Broccoli and Michael G. Wilson were quick to correct this speculation, saying, “We are committed to continuing to make James Bond films for the worldwide theatrical audience.” (Of course, this doesn’t necessarily mean anything for future Bond films.)

The monster movie Godzilla Vs Kong (Certified Fresh at 75%) was both a critical and box office success (relative to when it was released in the COVID-19 pandemic, obviously). Director Adam Wingard has been quite busy lining up future projects, which currently include a Face/Off sequel and the long-awaited ThunderCats movie, but Wingard is now also now signed with Universal Pictures to at least co-write an adaptation of the comic book series Hardcore by Robert Kirkman of The Walking Dead and Invincible fame. Hardcore is set in a world where ordinary people’s bodies can be taken over by “The Hardcore Program” to act as living human drones by soldiers who can’t otherwise get access to their targets any other way. This Hardcore should also not be confused with 2015’s Hardcore Henry (Rotten at 52%), which was released in the USA under the same Hardcore title.

8. EVERY BOXER GETS HIS DAY: GEORGE FOREMAN BIOPIC TRAINING UP

Pretty much every major sport has had at least a few biopics over the years, but arguably, few sports are as well represented as boxing. Even with that being the case, there still remain many famous boxers who haven’t had their own biopics yet, and few of those exceptions are as famous as George Foreman, who notably followed up his career as a two-time Heavyweight Champion with a lucrative second career as an entrepreneur with his trademark George Foreman Grill. Sony Pictures is moving forward with plans for an untitled George Foreman biopic, with Khris Davis now signed to star as Foreman and Sullivan Jones cast as his rival Muhammad Ali. Davis recently co-starred in Judas and the Black Messiah, and his credits also include TV’s The Blacklist and Atlanta. This biopic from director George Tillman Jr. (The Hate U Give, The Longest Ride) will focus on both Foreman’s early career success and his comeback at the age of 45.

Time, as it’s said, waits for no man, and Jackass stars are no exception. Johnny Knoxville has been starring in various Jackass projects since the original series first debuted on MTV over 20 years ago in 2000, but he also turned 50 this past March. While talking about his latest injuries filming Jackass 4 (10/22/2021), Knoxville revealed that it will also be his final Jackass project, saying, “You can only take so many chances before something irreversible happens… I feel like I’ve been extremely lucky to take the chances I’ve taken and still be walking around.” Of course, we may still see another Jackass movie someday, as a new generation of pranksters could ostensibly take over the franchise in the future.