The man formerly known as Jesse Pinkman discusses revisiting his star-making role, his top-secret part on season 3 of Westworld, and acting alongside Octavia Spencer in Apple’s Are You Sleeping. 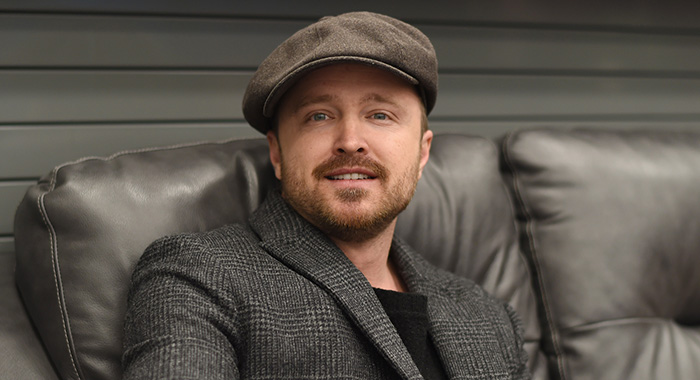 Despite having acted for a full decade before Breaking Bad, Aaron Paul broke out in a big way with his Emmy-winning role as slacker chemistry student-turned-meth dealer Jesse Pinkman.

The Idaho native — who was honored over the weekend with the Pioneer Award at the Sun Valley Film Festival in his home state — stars in and produced his latest film, The Parts You Lose. The drama, about a young boy who befriends a dangerous, mysterious man in his small North Dakota town, saw Paul team up with Breaking Bad producer Mark Johnson again.

The duo are potentially teaming up again with the reportedly in-the-works Breaking Bad movie. Rotten Tomatoes caught up with the actor in snow-covered Sun Valley over the weekend, where he discussed revisiting his most iconic role, moving between film and television, and how he’s gearing up for his next top-secret role on HBO’s Westworld. 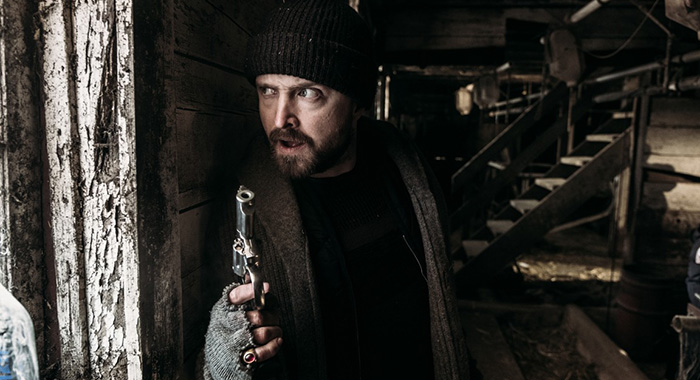 Jean Bentley for Rotten Tomatoes: Tell me about the film you premiered at this festival.

The Parts You Lose is a film that I’ve been trying to get off the ground for four or five years with Mark Johnson. He presented it to me right when we were wrapping up Breaking Bad and said would you like to do this, and then I read it and was just blown away by the story. We were on the hunt for our director, and it was set up a couple times, and then the floor just caved in on us. It’s just hard to make a movie these days, especially an independent one. Then we finally got Chris Cantwell on board and hit the ground running. I think 10 days after he signed on he was in pre-production and we ran with it.

You’re someone who has gone back and forth between film and TV, which is a lot more common nowadays than 10 or 15 years ago.

Oh, yeah, there was there was such a clear line between film actors and television actors. And, you know, both are great. We’re lucky to get a job. But now you see Meryl Streep jumping on to a series and it’s just, OK, times are changing for sure. It’s just incredible — stories are being told in a long format on television. That’s what I love. 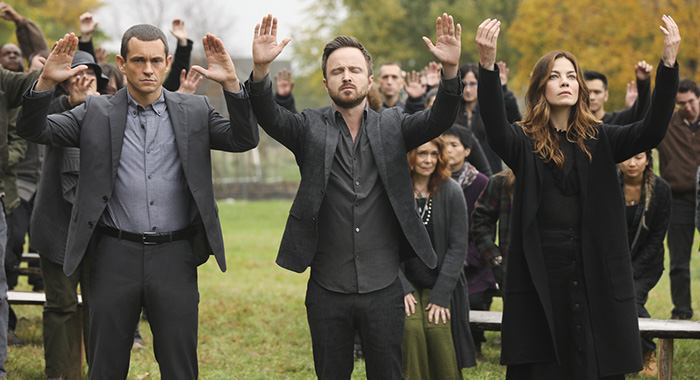 So you wrap Breaking Bad, which not just a TV show, it’s a phenomenon. Then you join The Path, and now you’re on an Apple series, Are You Sleeping. Is that variety of TV projects on purpose? Are you someone who just likes to work, or do you love TV?

I mean, are you kidding me? TV gave me a career. I don’t necessarily think film is the better option. I think TV for me is where the interesting stories are being told. Film now is giant Marvel movies, giant Disney movies, big franchises, and all of the films that meet in the middle — between indies and giant blockbusters — all of those are kind of gone, and I think have just transitioned into really beautiful television series.

What’s the Apple series about?

The Apple series stars Octavia Spencer, who plays a fallen-from-grace New York Times reporter. She stretches the truth on a story and she ends up getting fired because of it and so she moves back to her hometown and decides to start doing a podcast about a story that she was involved with 20 years ago. She had a big hand in getting this young 16-year-old boy sentenced to life in prison for murdering his neighbor on Halloween night. This boy has always declared he was innocent, but she had a big hand in putting him behind bars. Twenty years later, the boy is still there. The boy is still saying he’s innocent. But that story is now buried. He’s forgotten about, but she digs it back up and unearths these old skeletons.

Are you the boy?

What is it like to work on a show when you don’t really know how it’s going to be distributed?

It’s interesting to jump into business with literally the biggest business on the planet, and a trillion-dollar company, that you just have to trust. It’s like the trust fall, and it’s not even that. It’s just like, yeah, Apple is going to do their own streaming service, how is it going to be received? Or, How are we going to watch it? I don’t know. But they come up with really interesting ideas, and you just have to believe in them. When I read this, I actually read the first two scripts when the offer came in and I was so floored and really sort of flattered that they would come to me with this type of type of guy and this just beautiful story. So I’m excited about it. 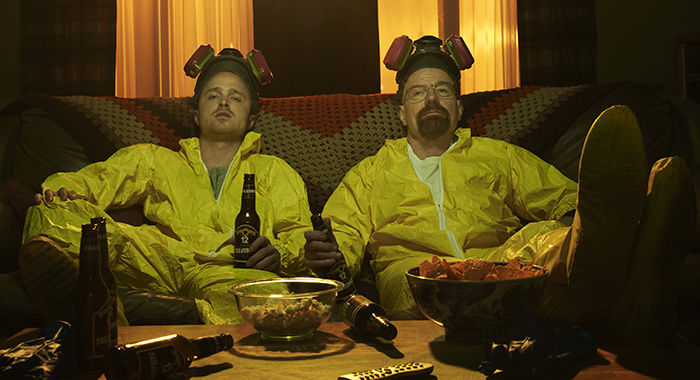 What’s it like now, after doing all these new types of projects, to go revisit Breaking Bad in a movie?

You know what? I honestly cannot confirm or deny that that movie is even happening.

OK, but what would that be like were it to happen?

If it — honestly, I’ve said this before — if Vince were to approach me and ask me to be a part of anything, I would say yes. And so if that’s Breaking Bad, then so be it. I’m where I’m at today because of him. So I owe him a lot, and we all do from the show, and feel very blessed.

It’s something that meant a lot to you. And it’s also a role that you’ve got to do so much with.

He allowed everyone that was a part of that world, the Breaking Bad universe, to soar. Whether you’re a director, writer, performer — we all were able to just spread our wings and fly because of his vision. We’re all very lucky.

So movie, sure, if he wants?

Yeah, if he wants to!

Yeah, Better Call Saul, I’m there! Anything he wants. 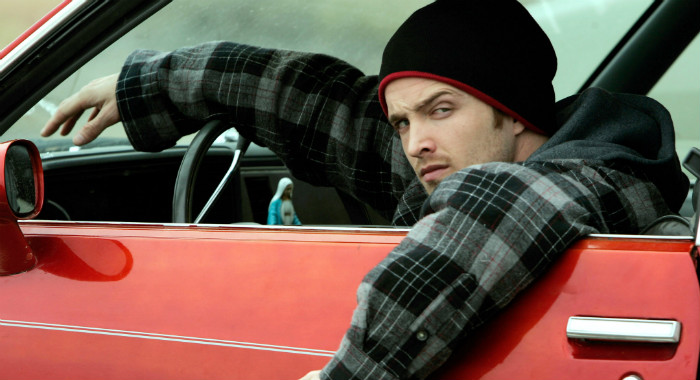 And what’s next for right now?

I’m jumping onto Westworld. That’ll take me through October.

What’s it like being on that kind of top-secret show?

It’s a lot of fun. When I sat down with Jonah [Nolan] and Lisa [Joy, the creators], and they pitched me the arc of this character and the arc of this season and the rest of the series, being such a huge fan of the first two seasons of Westworld, I was just so excited to be in their presence and hearing their ideas moving forward. It’s so brave and out there and really, really cool.

So as a fan, you’re pumped for what you get to do.

I’m just constantly pinching myself. I’m going to have a lot of fun with this one.