5 Movie Supervillains Who Prove Funny Actors Can Be Menacing

Earlier today, director Patty Jenkins confirmed that Kristen Wiig will play the Cheetah in the sequel to Wonder Woman. As soon as Jenkins posted the news to her Twitter account, many online wondered if Wiig, a comedic actor known for broader films like Bridesmaids and the 2016 Ghostbusters, could make the leap to a clawed supervillain. But superhero films have long welcomed actors looking to extend their range and prove their comedic chops translate to antagonizing menace. With that in mind, here are five actors who proved their comedic skills could make for good supervillainy.

Jaime Foxx as Electro in The Amazing Spider-Man 2 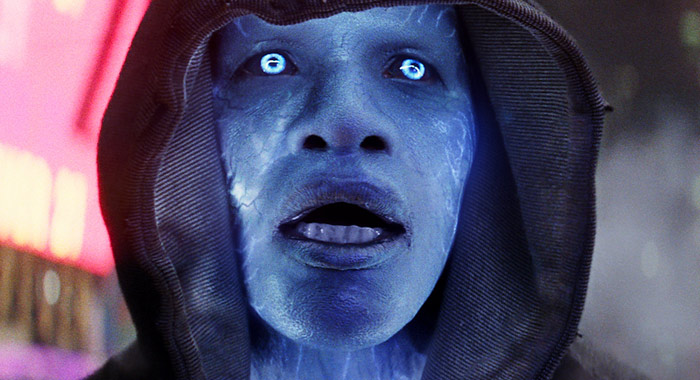 Though he established his dramatic prowess in films like Any Given Sunday and Ray (for which he won the Best Actor Oscar), Jaime Foxx’s roots from sketch comedy show In Living Color continued to follow him long after he stopped playing Wanda Wayne. Curiously, the cartoonish aspects of that program appeared again when he played Electro in The Amazing Spider-Man 2. Before his transformation into an energy being, the character of Max Dillon is portrayed as clownish and downtrodden, only for a science mistake to turn him into a powerful nemesis for Spider-Man. While not the best enemy — and though he appeared in one of the lesser Spider-Man films to date — Foxx still proved those sketch comedy days can come in handy in playing the villain.

John Leguizamo as The Clown in Spawn 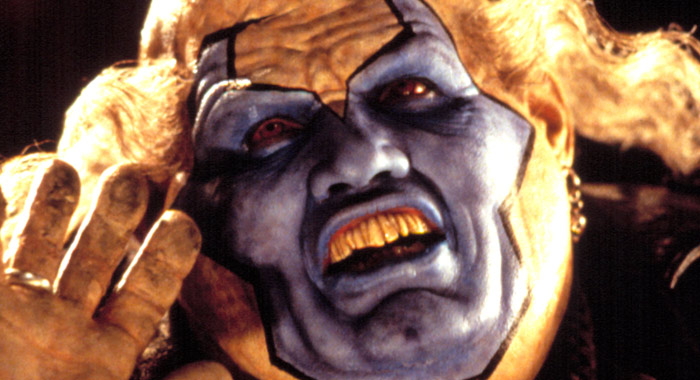 At the time of 1997’s Spawn, John Leguizamo was mainly known as a stand-up comic and an actor in films like The Pest and Super Mario Bros.; though he was also making forays into drama with films like Carlito’s Way. And as the human manifestation of Spawn antagonist The Violator – known in the credits and toy packaging as “The Clown” – Leguizamo used his laugh-making skills to create a corpulent, decadent, despicable adversary for Michael Jai White’s Spawn. While the film may not be the most fondly remembered of late-’90s superhero cinema, the Clown is definitely the gabby, nasty villain its main character deserved.

Jason Lee as Syndrome in The Incredibles 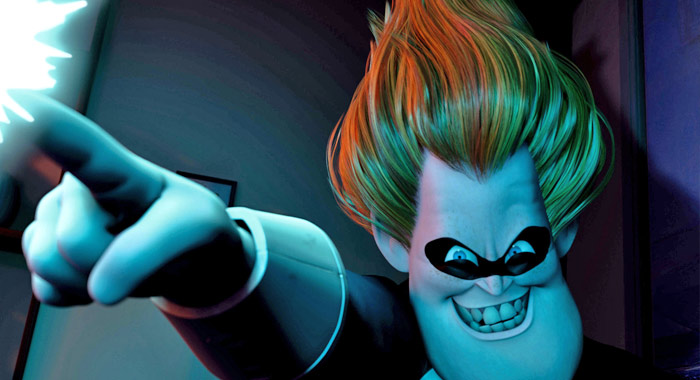 Jason Lee burst onto the scene as Kevin Smith’s id, Brodie Bruce, in 1995’s Mallrats. Though the film was a failure for Universal, it showed off the former professional skater’s skills as a likeable comedy player. Though Smith tried to give him something more serious to do in Chasing Amy and cast him as the devilish Azreal in Dogma, his work outside of the ViewAskew-niverse mainly saw him delivering punchlines, primarily as the star of NBC sitcom My Name Is Earl. But with The Incredibles, he proved his acerbic voice could be used to convey dismay, anger, and bitterness in the form of fanboy-turned-villain Syndrome. That likeable charisma withered as the character attempted to make everyone super and, by extension, ordinary. Despite a few bursts of family-friendly comedy from the character, he proved to be a formidable philosophical opponent for the Parr family.

Jim Carrey as The Riddler in Batman Forever 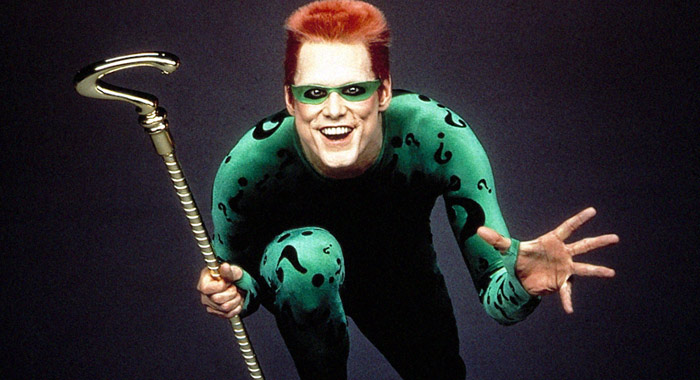 By the time Jim Carrey knocked Robin Williams out of the running as the obvious choice to play The Riddler, he was the leading force in film comedy (never mind that well-received dramatic turn in the Fox TV movie Doing Time on Maple Drive). Like Foxx, he became a household name on In Living Color with outlandish characters like Fire Marshall Bill, but quickly parlayed that shtick into leading roles in Ace Ventura: Pet Detective, The Mask, and Dumb & Dumber. In coming to Gotham City, he needed to use those skills while still presenting a serious threat to the Dynamic Duo — or, at least, as serious a threat as he could muster considering the film series’ slide into toyetic spectacle. Viewed in those terms, however, he fits right in as Frank Gorshin’s successor in the green spandex. Loud, bright, and full of Carrey’s manic energy, he made for a fitting contrast to Val Kilmer’s nearly emotionless Batman.

Danny DeVito as The Penguin in Batman Returns 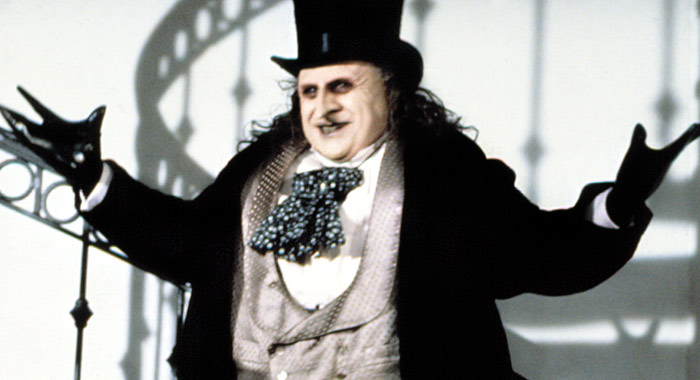 Like Carrey, Danny DeVito was the obvious choice to portray Oswald Cobblepot in Tim Burton’s Batman sequel. Of course, that had a little to do with him being the right size and shape – and the continued perception from Batman ’66 that the character was little more than a comedy foil. Thanks to his long years on the sitcom Taxi, those in and out of the industry knew DeVito had the skills to play that version of the character. But Burton loudly admitted he did not understand the established Penguin and reshaped him into a vicious, primal birdman with revenge (and lust) in his heart and fins for hands.

DeVito rose to the occasion admirably, wearing an uncomfortable bodysuit and giving a rousing speech before sending his penguin army into the city with rockets strapped to their backs. The thoroughly Burton Penguin — grotesque, spiteful, and slightly deranged — matched well against the off-kilter Burton Batman, himself played by Michael Keaton, an actor primarily known at the time for comedies like Mr. Mom and Gung Ho — proving good villains and heroes can emerge from the comedy ranks.