We count down the best-reviewed work of The Snowman star.

From critically acclaimed indie flicks to Oscar-nominated dramas and superhero blockbusters, Michael Fassbender has put together an enviably eclectic filmography — one that adds a chilly murder mystery this weekend with Tomas Alfredson’s adaptation of the Jo Nesbø bestseller The Snowman. We’re taking the opportunity to look back at Fassbender’s career and pay tribute to some of the movies that best exemplify his talents, and whether your tastes run to period pictures, quirky dramedies, or even blockbuster action films, we think you’ll find something here worth adding to your queue. It’s time for Total Recall! 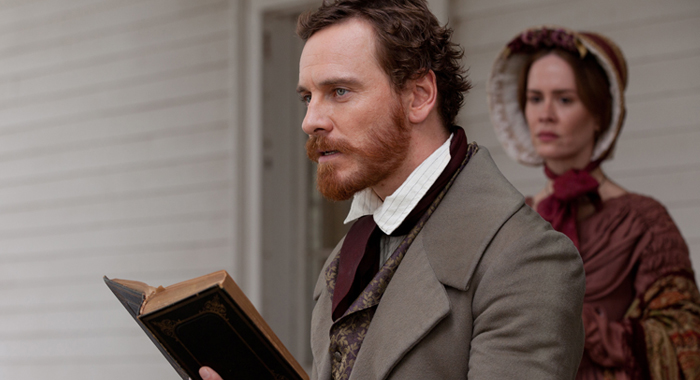 Fassbender reunited with his Hunger and Shame director Steve McQueen for 2013’s 12 Years a Slave, a harrowing adaptation of memoirs written by former slave Solomon Northup (Chiwetel Ejiofor). Playing Edwin Epps, the brutal and none-too-bright master of the plantation where Northup ends up, Fassbender could easily have slipped into horrific caricature, but he instead strove to locate the humanity buried beneath Epps’ depraved actions; in the process, he helped elevate one of the year’s most important films into even more of a gripping, well-rounded drama than it otherwise might have been — and earned himself a Best Supporting Actor Oscar nomination along the way. “12 Years a Slave is likely the most painful, clear-eyed feature ever made about American slavery,” wrote the Atlantic’s Christopher Orr. “In that light, it almost seems faint praise to add that it will also likely prove to be the best film of the year.” 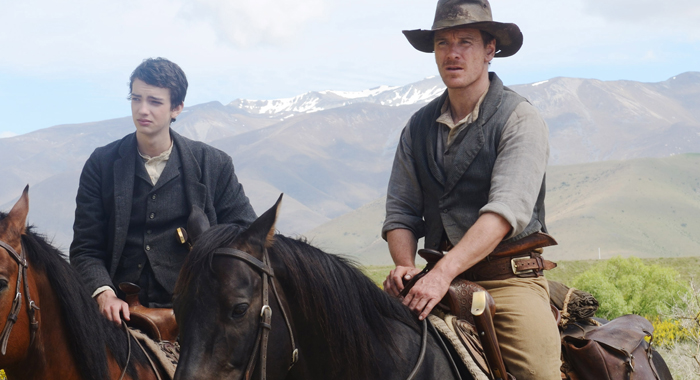 He’s made indie favorites, superhero blockbusters, award-winning prestige pictures — and with 2015’s Slow West, Michael Fassbender even got to make a well-reviewed Western. Starring alongside Kodi Smit-McPhee as a mysterious bounty hunter who aids a young man (for a price) on his quest across the 19th-century American frontier, Fassbender got to saddle up as the strong, silent type while sharing screen time with a talented posse of supporting actors that included future Star Wars spinoff headliner Ben Mendelsohn — all in service of a strong script and confidently mounted picture from debuting writer-director John Maclean. “It’s the rare western that invites you to imagine what life then and there might actually have felt like, sight gags and all,” mused the Village Voice’s Alan Scherstuhl. “Maclean is a supremely promising talent.” 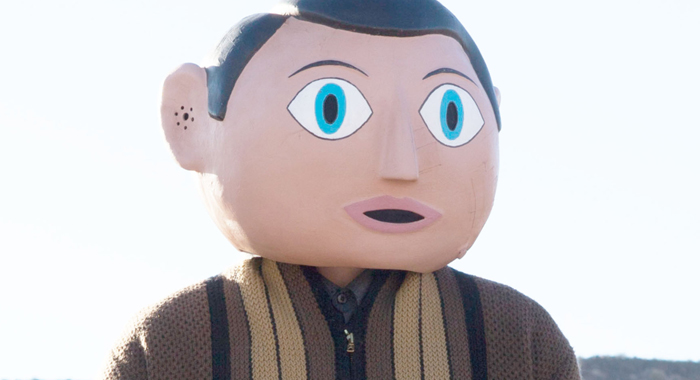 It takes a special kind of actor to be able to shoulder the burden of leading a movie even under ordinary circumstances, so it’s really saying something that Fassbender managed to exert his unique influence over Frank even while spending most of his screen time under a giant papier-mâché mask. An artful blend of comedy and drama loosely inspired by outsider artists like Chris Sievey (who really did wear a giant head while performing as a character he dubbed Frank Sidebottom), Frank dabbles in themes that might have sent a less disciplined filmmaker tumbling headlong into indie quirk, but in director Lenny Abrahamson’s hands (and with a cast that also includes Domhnall Gleeson, Maggie Gyllenhaal, and Scoot McNairy), it’s as affecting as it is refreshingly offbeat. “That Fassbender plays the role of the disguised rocker fits well with the movie’s tone,” pointed out NPR’s Tomas Hachard. “Putting one of the biggest actors in Hollywood behind a mask lends a further rebellious streak to an already sardonic film.” 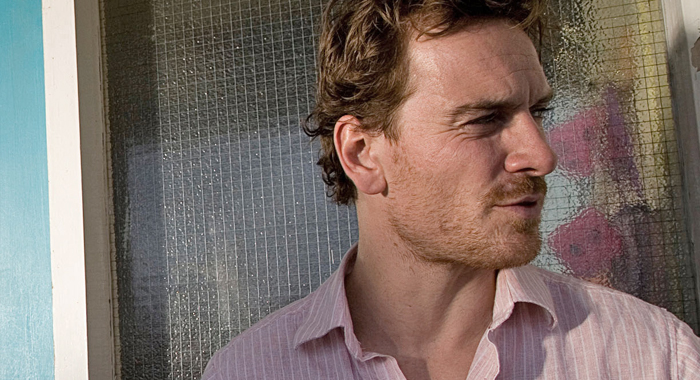 As he’s demonstrated repeatedly throughout his career, Fassbender is gifted when it comes to making audiences identify with irredeemably skeevy characters — and it doesn’t get much skeevier than starting a sexual relationship with your girlfriend’s teenage daughter, which is exactly what he does as Conor O’Reily in writer-director Andrea Arnold’s 2009 Cannes Jury Prize winner Fish Tank. Not content to settle for exploitation, Arnold effectively sets the stage for how and why her young protagonist (brilliantly played by newcomer Katie Jarvis) might be drawn to O’Reily; Fassbender, meanwhile, invests a potentially two-dimensional part with a fascinating blend of danger and allure, putting the audience in Jarvis’ shoes even as they’re urging her to run away. “Fish Tank digs around in its protagonist’s psyche, unafraid to explore,” wrote Steven Rea for the Philadelphia Inquirer. “It’s oppressive and claustrophobic, confused and scary in there. But it’s also compellingly real.” 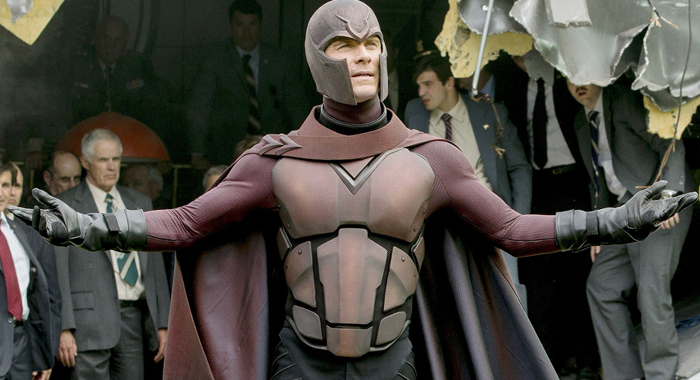 After helping restore the franchise to firm footing with X-Men: First Class, Fassbender reunited with his castmates for its next installment — which took the revitalized saga a step further, drawing on one of the comics’ most acclaimed storylines to deliver the X-Men movies’ most epic entry while partially restoring some of what many fans felt had been lost or damaged during The Last Stand. Using an ambitious time travel plot to unite the First Class cast with their predecessors, returning director Bryan Singer risked overstuffing X-Men: Days of Future Past, but he achieved the opposite effect; although most critics readily admitted that following the storyline required a level of filmgoer sophistication not often demanded by your average blockbuster, they were just as quick to argue that the results included some of the most purely entertaining stuff the franchise had to offer. Calling it “maximalist Hollywood filmmaking at its best,” Slate’s Dana Stevens enthused that Days of Future Past is “the kind of extravagant production that, like a Wagner opera, can sweep you up in a sense of mythic grandeur even as you struggle to follow what’s going on.” 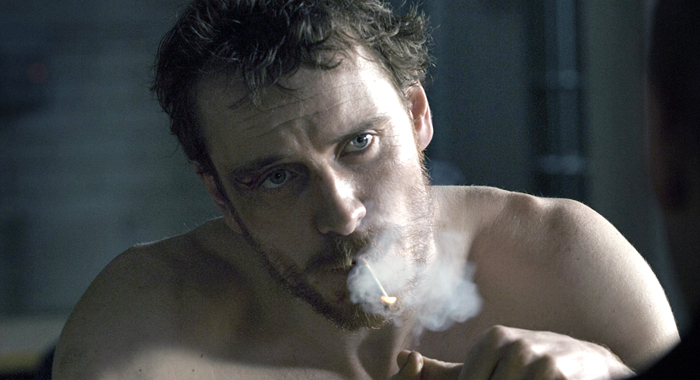 Fassbender and writer-director Steve McQueen make great films together, but they aren’t necessarily fun, and their first collaboration, the hard-hitting historical drama Hunger, is a perfect example. To dramatize the last months of Bobby Sands, a soldier in the Provisional Irish Republican Army who led a hunger strike while imprisoned in Northern Ireland in the early ‘80s, Fassbender dropped an alarming amount of weight by subjecting himself to a 600-calorie-a-day diet — yet still managed to bring an incredible amount of energy to bear on a performance that earned him a British Independent Film Award for Best Actor. Although Hunger wasn’t Fassbender’s first film, it was the first to really demonstrate what he could do if given the chance, and after the closing credits rolled, plenty of casting directors were willing to do just that. “Imagine how most filmmakers would tell this story and then see Hunger,” challenged Time Out’s Dave Calhoun. “The differences are bold and powerful and restore faith in cinema’s ability to cover history free from the bounds of texts and personalities.” 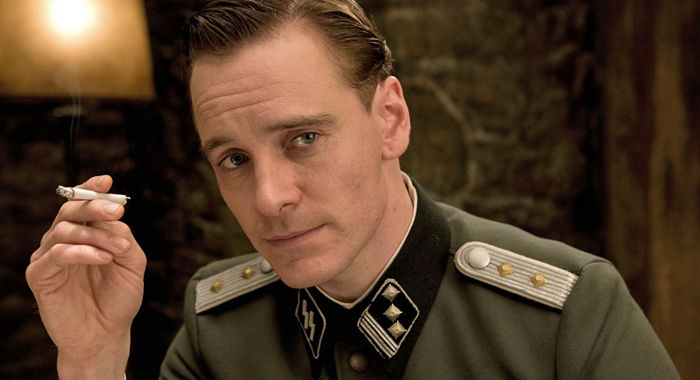 American filmgoers received their first real exposure to Fassbender in Quentin Tarantino’s Inglourious Basterds, a gleefully violent and profane World War II revenge fantasy in which a squadron of Jewish-American soldiers (led by Brad Pitt, natch) plow through Nazis behind enemy lines while plotting the fiery assassination of Adolf Hitler. Appearing as Lieutenant Archie Hicox, a British film critic with a background in German cinema, Fassbender is the focus of a brief but memorable sequence in which the Basterds meet up at a tavern and draw an inordinate — and eventually rather explosive — amount of suspicion from the Gestapo. While he certainly isn’t the star of the show, Fassbender’s Inglourious turn offered proof that he didn’t need a ton of screentime, or shocking weight loss, to exert a commanding presence, and helped move the Independent’s Jonathan Romney to decree, “Personally, I wearied of Tarantino’s breathless shtick long ago, but I must admit I enjoyed Inglourious Basterds more than anything he’s done in years.” 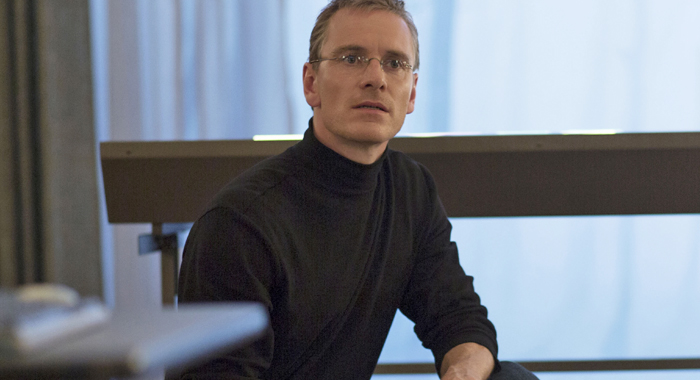 By the time Steve Jobs premiered in 2015, audiences had already seen a number of films about the Apple co-founder, both documentary (Alex Gibney’s Steve Jobs: The Man in the Machine, released earlier in the year) and narrative (2013’s Jobs, starring Ashton Kutcher). This Steve Jobs needed something special, in other words, to overcome the familiarity of its subject; fortunately, it boasted several unique ingredients, including direction from Danny Boyle, a script from Aaron Sorkin, and a cast that included Fassbender as Jobs and Kate Winslet as Apple marketing exec Joanna Hoffman. All that talent still didn’t do much to move the needle with a moviegoing public that might have been pretty Jobsed out at that point, but it had the desired effect with critics who applauded Steve Jobs as the definitive Steve Jobs biopic. As Bob Mondello argued for NPR, “The film feels so electric while you’re watching, it’s hard to believe that after two hours, it doesn’t even get to the iPod, let alone the iPhone.” 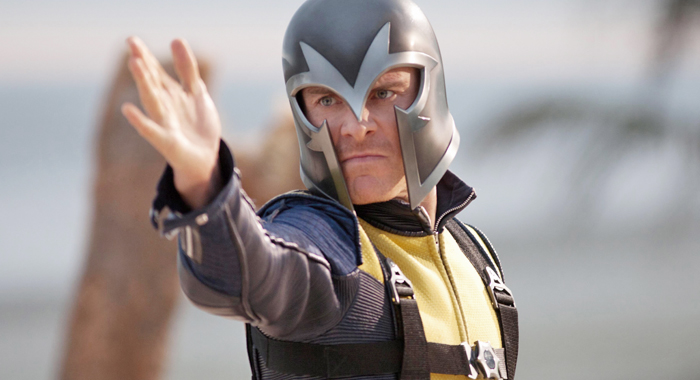 After the disappointments of The Last Stand and X-Men Origins: Wolverine, the X-Men franchise was in desperate need of a creative rebirth. It arrived in the form of 2011’s X-Men: First Class, which rebooted the moribund mutant saga by taking the characters back to their beginnings as a freshly assembled team of superheroes. The reason for their coming together? The threat posed by Sebastian Shaw (Kevin Bacon), an energy-absorbing sociopath (and former Nazi to boot) who plans on taking over the world — and instead ends up bringing together Charles Xavier (James McAvoy) and Magneto (Michael Fassbender). A major box-office hit and a solid first step toward righting the wrongs of The Last Stand, it also resonated with critics like the Wall Street Journal’s Joe Morgenstern, who wrote, “Preaching mutant pride with endearing fervor, X-Men: First Class proves to be a mutant in its own right — a zestfully radical departure from the latter spawn of a sputtering franchise.” 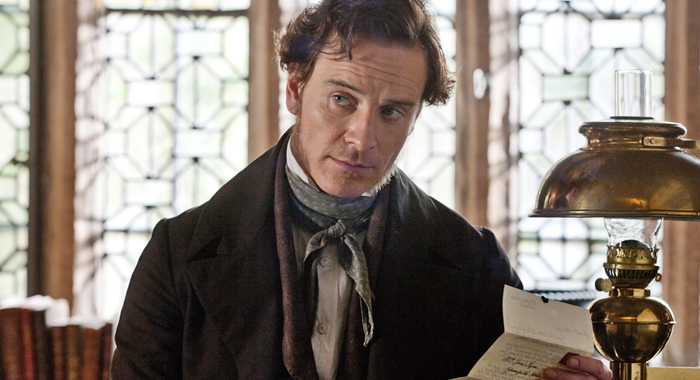 In between blockbusting with X-Men: First Class and reaping critical acclaim for Shame, Fassbender also visited cineplexes in 2011 as Edward Rochester in Cary Fukunaga’s critically acclaimed adaptation of the Charlotte Brontë classic Jane Eyre. A perennial filmmaker favorite dating back to the silent era, Eyre wasn’t exactly crying out for another trip to the big screen, but Fukunaga’s version managed to set itself apart with loads of dark, artfully composed atmosphere that emphasized the darker elements of the story and draped a layer of gloom over a story often treated as a gauzy period romance — and with a tremendous cast that also included Judi Dench, Sally Hawkins, and Mia Wasikowska in the title role. “True aficionados will doubtless wish the film etched every aspect of the Brontë experience,” warned the San Jose Mercury News’ Karen D’Souza, “but that’s a quibble in light of the movie’s intoxicating charms. It’s impossible not to fall in love with this Jane.”