This week in streaming video, we’ve got a hit drama starring James Spader, a popular sitcom starring Mindy Kaling, a new variety show hosted by Neil Patrick Harris, and some intriguing indies and classics available on Fandor. For those looking to own digital copies, we’ve also got a well-regarded reimagining of a fairy tale, a teen coming-of-age drama, and another heartwarming documentary from DisneyNature. Read on for details.

James Spader stars in this NBC drama about a high profile criminal who turns himself in to the FBI and promises to help the agency track down some of the most dangerous criminals he has encountered in his career.

Neil Patrick Harris hosts this variety show that features everything from sketches to hidden camera pranks to mini game shows.

Mindy Kaling stars in this sitcom of her own creation, about an ob-gyn doctor in New York trying to navigate relationship issues and balance them with her work life.

Rory Culkin stars in a pyschological thriller about a troubled young man looking for his childhood sweetheart.

This early classic from the legendary Akira Kurosawa is a drama about a leftist professor whose political views make him persona non grata with the government.

Jack Benny and Carole Lombard star in Ernst Lubitsch’s classic satire about an anti-Nazi theater troupe struggling for survival in the midst of World War II.

This Norwegian psychological drama drama tells the tale of a recently-blinded novelist whose imaginative flights of fantasy quickly devolve into paranoia and fear.

The Exiles combines the realism of social consciousness films with the loosely spun narrative of improvisational features to tell the true story of Native Americans adrift in a derelict neighborhood in early 1960s Los Angeles.

This documentary tells the story of iconic ballerina Tanaquil Le Clercq, whose career was tragically cut short when she was parylized after contracing polio.

You probably know the story by heart, but here goes: after her aristocratic father’s tragic death, Cinderella (Lily James) is left in the care of her wicked stepmother (Cate Blanchett) and her cruel stepsisters. But with the help of a fairy godmother (Helena Bonham Carter), our heroine wins the heart of a prince.

Thomas Mann and Olivia Cooke in this Certified Fresh dramedy about a high school loner who befriends a classmate with leukemia.

Narrated by Tina Fey, the film follows a group of toque macaques who live in the Sri Lankan jungle near an abandoned temple, with special attention paid to a single mother and her child who are trying to fit in with their new community. 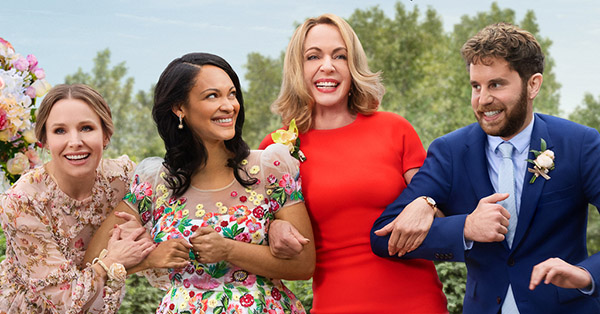 New on Prime Video and Freevee in November 2022