Critics say the writer-directors sci-fi thriller is thought-provoking and confidently made, but its big ideas and cerebral plot may leave general audiences wanting more.

Nope marks the third feature from writer and director Jordan Peele, and the first reviews of the movie prove that Get Out and Us were no flukes. This time, the filmmaker is focused on a frightening science fiction story involving a horse ranch, a former child actor, and something mysterious lurking above the clouds. Nope stars Daniel Kaluuya, Keke Palmer,and Steven Yeun within a praised ensemble amidst some spectacular visuals. But whether its script is brilliant or confusing is debated from one review to the next.

Here’s what critics are saying about Nope:

Does Nope confirm Jordan Peele as one of the great directors of our time?

He continues to be one of the best in the business. – Caitlin Chappell, CBR.com

This film really might be what it takes to etch him as, no, not the next Spielberg, but an event-level filmmaker that we’ve all been worried we were losing. – Cory Woodroof, 615 Film

How does it compare to Get Out and Us?

While still full of profound and layered ideas, Nope is closer in execution to the horror-comedy mix of Get Out than Us. – Ben Kendrick, Screen Rant

Nope is arguably the most conventional horror film of his three directorial efforts. – Matt Rodriguez, Shakefire

Peele’s most assured, confident film yet… Nope may not be Jordan Peele’s best movie to date, but it is his most enjoyable. – Chris Evangelista, Slashfilm

Compared to Get Out and Us, Nope is likely to prove more divisive… I fully expect it to be labeled his strongest and weakest flick in equal measure. – Joey Magidson, Awards Radar

Peele is capable of doing much better movies (as evidenced by Get Out and Us), but Nope just looks like a cynical cash grab. – Carla Hay, Culture Mix

Is it as good as Us and Get Out? Nope. – Scott Mendelson, Forbes 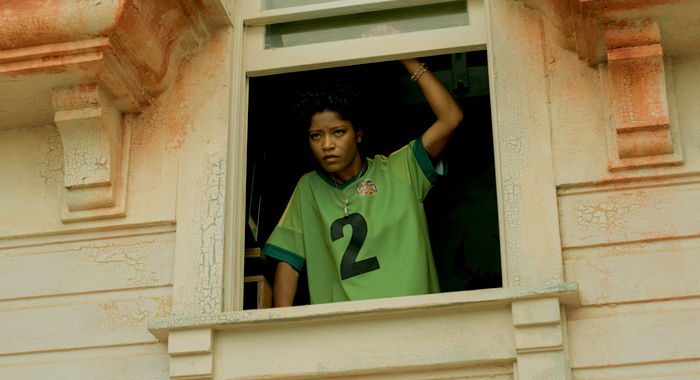 What other movies does it recall?

You can just about taste the DNA of Steven Spielberg’s Close Encounters of the Third Kind and… other films that have been made in the shadow of Close Encounters, like M. Night Shyamalan’s Signs and Denis Villeneuve’s Arrival. – Owen Gleiberman, Variety

What binds this movie so closely to Close Encounters of the Third Kind has less to do with alien visitors, in the end, than with the fervent curiosity that they can inspire. – Justin Chang, Los Angeles Times

It captures the same thrills, tension, and strong characters of movies like Jaws, while also setting itself up to be as iconic as sci-fi movies like Close Encounters of the Third Kind and Alien. – Caitlin Chappell, CBR.com

This movie reminds me of Tremors… That’s a movie with swagger. And Nope has a similar swagger that Peele was smart to use. – Mike Ryan, Uproxx

The film it most resembled in spirit is a small one, Theo Anthony’s 2021 documentary All Light, Everywhere. – Cory Woodroof, 615 Film

But is it also totally original?

Nope is unlike anything you’ve seen before. – Eric Eisenberg, Cinema Blend

With stunning cinematic moments of pure dread, terror, and wonder, Peele has indeed delivered on his promise to bring audiences something unique. – Matt Neglia, Next Best Picture

This frequently monotonous and unimaginative movie is an unfortunate case of hype over substance. – Carla Hay, Culture Mix 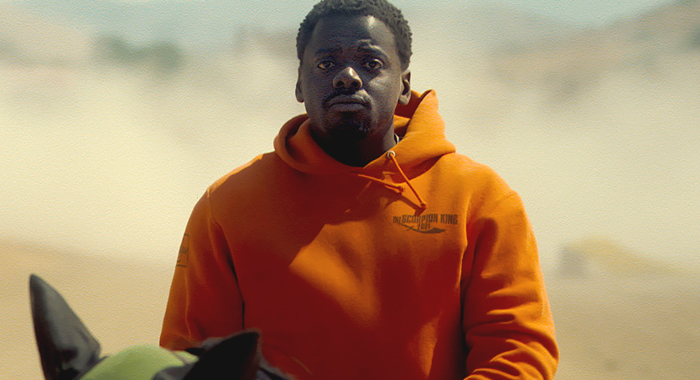 The best horror movie of the year… building the tension to the point that it feels as if nowhere is safe. – Caitlin Chappell, CBR.com

Peele is able to create one thrilling, scary scene after another. – Chris Evangelista, Slashfilm

Cinematographer Hoyte Van Hoytema captures something so original visually that it is destined to become iconic. – Caitlin Chappell, CBR.com

Peele’s latest boasts some of the most inspired alien design since H.R. Giger left his mark on the genre. – David Ehrlich, IndieWire

The movie’s visual effects are adequate but definitely not spectacular for a movie concept of this scope. – Carla Hay, Culture Mix 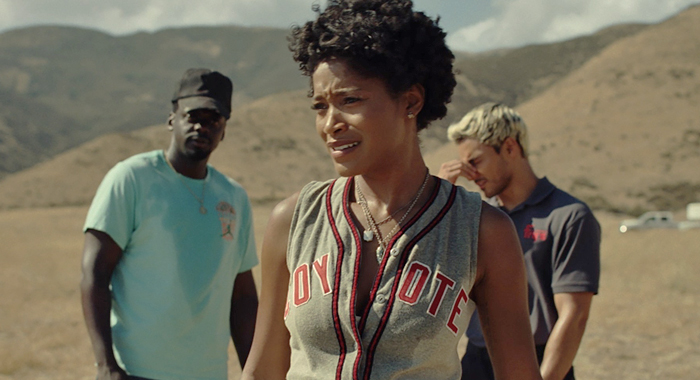 Does Nope have a compelling plot?

Nope doesn’t have a plot so much as a series of happenings that spill out in an impressionistic and arbitrary way. – Owen Gleiberman, Variety

For all of the film’s escalating supernatural events, though, what’s less clearly drawn, and will likely prove less satisfying to a plot-hungry public, are the whys and hows of its conclusion. – Leah Greenblatt, Entertainment Weekly

It’s obvious that writer/director/producer Jordan Peele got this movie made without anyone stepping in to question the very weak and lazy plot of Nope. – Carla Hay, Culture Mix

Nope is an idea more than a story. It’s a collection of individually captivating scenes, as opposed to an intriguing whole. – Robert Daniels, Polygon

Is it more cerebral than entertaining?

Nope feels like something of a B-movie ouroboros, an unusually well-made and imaginative thriller that’s sometimes tripped up by its own high-mindedness. – Justin Chang, Los Angeles Times

Depending on your appetite for the heady and sonorous, it will either feel frustratingly perplexing or strike you as a work of unquestionable genius. – Lovia Gyarkye, Hollywood Reporter

Peele’s strength is that he makes you lean in and talk about his film whether you like it or not. – Kathia Woods, Cup of Soul 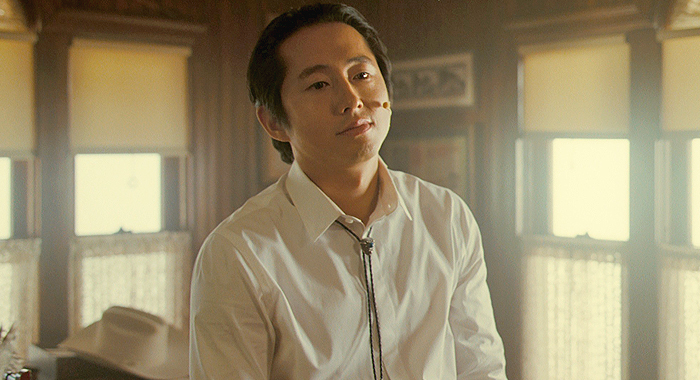 But does it actually make any sense?

Nope establishes itself as something of an ethically minded Hollywood history lesson, with a particular focus on the industry’s long, brutal record of animal accidents and abuses on set. – Justin Chang, Los Angeles Times

Nope gives audiences an unforgettable experience, but forces them to reckon with exactly what types of experiences they really want, and at what cost. – Cory Woodroof, 615 Film

While this might be his most bombastic film in terms of what he’s attempting to it, it’s also maybe his most understated in its messaging. – Ross Bonaime, Collider

Even when parts of it don’t gel, Nope is a rapturous watch. – Lovia Gyarkye, Hollywood Reporter

Logic often takes a back seat, and that has the unfortunate effect of lessening our involvement. – Owen Gleiberman, Variety

It’s a puzzle with a few pieces missing; standing back from it, you can still see the picture. But does it give the viewer exactly what they want? See the title. – Odie Henderson, RogerEbert.com

Does the movie have any other major issues?

Events may happen to OJ and Emerald, but outside of the plot’s story beats, we don’t really know anything about them on an individual level. – Matt Neglia, Next Best Picture

The characters would have benefited from greater depth and dimension. – Lovia Gyarkye, Hollywood Reporter

Peele is far too impressed with its handsomeness to work on populating it with fully felt characters. – Robert Daniels, Polygon

The film’s drawn-out pacing issues… leads to redundant and repetitive events and a comparatively (even compared to Us) claustrophobic narrative. – Scott Mendelson, Forbes