Marvel Studios Offers a Peek at Their Next Six Films

A tour of the studio’s offices revealed some hints about their upcoming slate.

Earlier this week, Marvel Studios opened its doors (well, a few of them anyway) and offered an early glimpse at their next six films. They wouldn’t let us take any pictures or video of what we saw, but we want to give you some hints and ideas as to what you could see in the next few Marvel films. And obviously, POTENTIAL SPOILERS ABOUND; if you’re the type of person that doesn’t want to know anything about an upcoming movie, you’d best stop reading now. 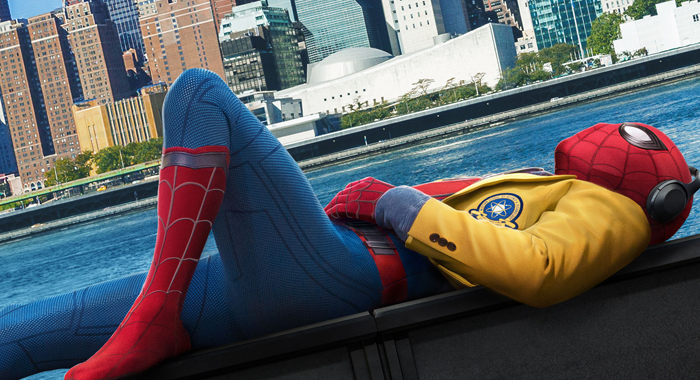 We saw a fair amount of costume design for this latest version, and a lot of it looks like it’s based on the classic art from John Romita Sr. We were treated to design studies of both the hi-tech costume that we saw in Captain America: Civil War as well as a more lo-tech version that we’re going to see in Spider-Man Homecoming. A little later in the tour, we were treated to some reels of visual effects tests that gave us some ideas as to how the final film will look. We got to see a clip of Tom Holland as Peter Parker in an alley, putting on a Spidey suit that looks weirdly loose until it automatically tightens up into the familiar skin-tight suit that we know and love. We also saw some fight scenes that showed Spider-Man in a decidedly more homemade suit, including some scenes where thugs are fighting ol’ webhead with some pretty hi-tech weaponry. Lastly, we also saw a lot of VFX shots of Vulture’s wings — initially they appear to have embedded fans similar to what we see in the SHIELD Quinjets and Helicarriers. But one particular sequence seems so show wings that look a lot more birdlike (with fans) so maybe Vulture’s wings evolve? We’ll know for sure in July. 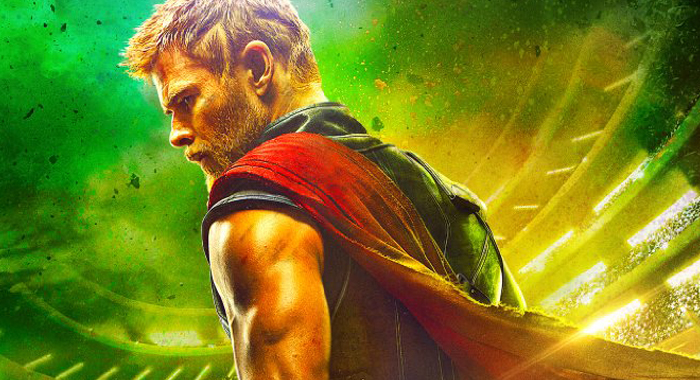 We were also treated to some design work and key frame pictures for Thor: Ragnarok. The Marvel folks pointed to Jack Kirby as the main influence for their design work (as opposed to Walt Simonson), and we could definitely see that in the Hela costume design work. We also saw that Thor: Ragnarok is cribbing some plot elements from the “Planet Hulk” storyline from 2006. The big reveal around Thor: Ragnarok was the news that director Taiki Waititi would be playing Korg, a rock-like alien Kronan. We’d previously seen a Kronan in the opening battle scenes of Thor: The Dark World, but this particular Kronan looks pretty different, and will definitely add some laughs to the film (one of his lines talks about starting a revolt but not making enough fliers). We also saw some animatics for another character named Miek, who basically looks like a caterpillar in a humanoid battle suit. 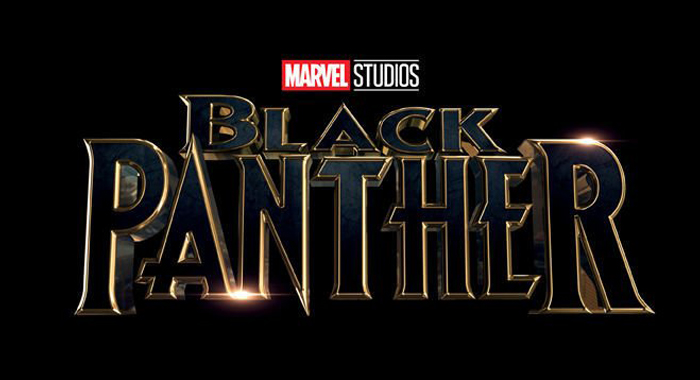 Marvel showed us more material around Black Panther than anything else in their upcoming slate. First up was a sizzle reel that featured director Ryan Coogler and stars Chadwick Boseman and Angela Bassett. The reel made a point of explaining how Wakandan technology is different and more advanced than any other human tech we’d seen in the Marvel Cinematic Universe to date. The filmmakers are also looking to create a fully realized Wakanda, with a mixture of very high technology and a lower-tech tradition, especially around costuming and art design. And we should mention that co-star Bassett is rocking some particularly stunning white dreadlocks as Romonda, T’Challa’s mother. Some of the design work featured a slimmer, sleeker Black Panther suit for T’Challa (per Coogler’s request) and some costume and armor studies around Danai Gurira‘s character and Killmonger (played by Michael B. Jordan).

We were also treated to some dailies from the production. First up was a sequence featuring an unarmed Nakia (Lupita Nyong’o) sneaking up on and taking down some soldiers. Next we saw some shots featuring Boseman, Andy Serkis and Martin Freeman in a casino, where a gun battle breaks out. Serkis plays Ulysses Klaue, previously seen in Avengers: Age of Ultron, but here we saw him with both arms and no neck scar, so it’s likely this particular scene was a flashback of some sort. We also saw Nakia and other factions approaching Warrior Falls to celebrate the coronation of T’Challa as king of Wakanda. One particularly intriguing moment showed two characters, Ayo (Florence Kasumba) and Okoye (Gurira), flirting with each other on their way to the Falls, and that would seem to mirror the Ayo/Aneka relationship in the current Ta-Nahisi run in the Black Panther comic. Finally, we saw T’Challa advancing towards Warrior Falls in a ritualistic dance, and we also briefly saw Forest Whitaker in that scene as well. 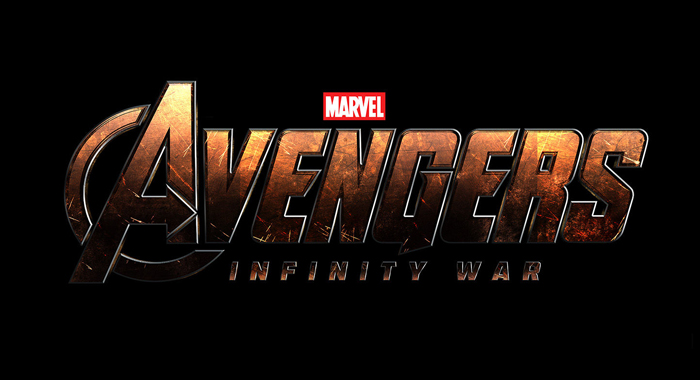 In the design studio, we were treated to a character design for Thanos, but that’s all we really got to see. And since we’ve already seen Thanos in the MCU, this wasn’t much of a reveal. Marvel’s Kevin Feige said that anything they showed us from the next Avengers movie would constitute a spoiler, which is why they didn’t show anything. So the takeaway is this: Marvel is planning something pretty big around Infinity War, but they intend to keep it a secret. 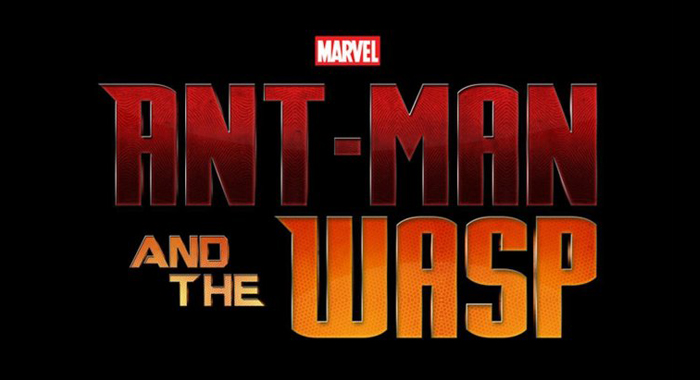 We were treated to some costume designs and key frames for the upcoming Ant-Man sequel. One of the designers pointed out that they intend for the Pym-based tech to look different than the Stark-based technology of the Iron Man suit and SHIELD’s equipment, so that’s something to watch for. We also got to see an updated Wasp costume for Hope that looks a bit sleeker and has a darker color scheme than we saw in the first Ant-Man. Some of the key frames hinted at the idea that the Ant-Man and Wasp suits could shrink other objects, leading to (for instance) a chase scene involving cars shrunk down to the size of insects, and what that might look like. 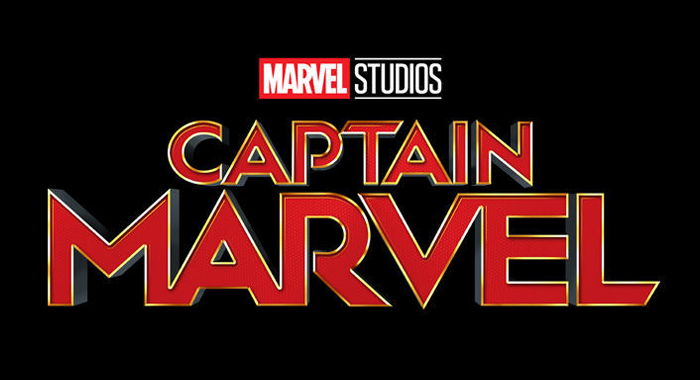 The movie farthest down the calendar is only in pre-production, and in fact, it wasn’t until after this week’s event that we got an announcement about who would direct the film: Anna Boden & Ryan Fleck. All we got to see were some initial ideas about Carol Danvers’ Captain Marvel uniform. It’s very close to what we’re seeing in the comics these days, updated to look like what you might see in the real world. There was no helmet in the pictures we saw, and as the Marvel team pointed out, the costume is still being designed, so what we get in the film may end up changing.

The tour wrapped with a screening of Guardians of the Galaxy Vol. 2, which made for the perfect end to the open house. Reviews for the film are embargoed until April 24, so make sure to come back then to see how the critics are reacting to the latest effort from Marvel Studios!