Jordan Peele Is Producing a People Under the Stairs Remake, and More Movie News

This Week’s Ketchup brings you more headlines from the world of film development news, covering titles like Avatar 2, Insidious 5, and new roles for Dave Bautista and Jennifer Lopez. 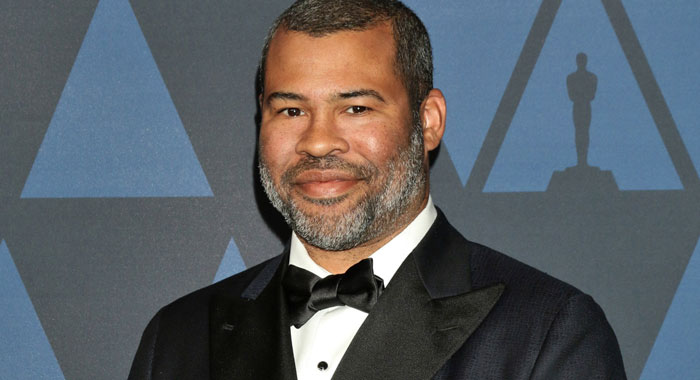 One popular sentiment about remakes is that they’re more acceptable when the first attempt can clearly be improved upon. In 1991, Wes Craven (in his post-Nightmare on Elm Street, pre-Scream years) directed a creepy movie called The People Under the Stairs (Fresh at 66%), which has its fans, but is hardly remembered as a classic of the genre. One producer who appears to think it would be a worthy candidate for a quality remake is Get Out and Us director Jordan Peele, who is teaming up with Universal Pictures for exactly that. Perhaps not coincidentally, this Sunday also happens to mark the 29th anniversary of the original film’s release on November 1, 1991. Another horror remake that Jordan Peele is producing, Candyman, is still awaiting its COVID-19-delayed release date, which is currently tentatively re-scheduled for August 27, 2021, 14 months after its original release date in June.

One common concern for fans of long-running horror franchises is how long their stars will stick around. Insidious may not have been named the scariest movie ever recently like Sinister was (or even The Exorcist, according to our own poll), but the four movies to date have brought in over half a billion dollars worldwide. Insidious star Patrick Wilson will not only be returning for a fifth installment, but he’ll also be making his directorial debut with the Blumhouse sequel. Set 10 years after the original Insidious, the central family will now dealing with a big change, as Ty Simpkins’ character is now going off to college. About taking on the film, Wilson said, “I’m honored and thrilled to be at the helm of the next Insidious installment, which will provide an amazing chance to unpack everything the Lamberts went through a decade ago, as well as deal with the consequences of their choices.” Although she wasn’t mentioned in this week’s news, it’s presumed that Rose Byrne will also be returning, and Lin Shaye has been in every Insidious film, so she’s probably likely to come back as well. In related news, Blumhouse is also teaming up with writer and director John Ridley (writer of 12 Years a Slave, Three Kings) for an untitled project based on an arcticle titled Project Poltergeist, a nonfiction story about a young boy who may have experienced paranormal phenomena in New Jersey housing projects during the 1960s.

After airing on The CW for four seasons, the musical comedy series Crazy Ex-Girlfriend (Fresh at 98%) came to end in 2019, but its star and co-creator Rachel Bloom is now getting ready for her next project, and it also has a musical theme. Bloom has signed with Sony Pictures to write a movie about two *NSYNC superfans, based on an idea from *NSYNC member Lance Bass, who’s also producing the untitled movie. The movie will be inspired by the true stories of fans Meredith Sandberg and Winter Byington (as described in this Washington Post article titled “N Sync or Bust!“) , who spent a summer following the group during their last world tour. Rachel Bloom said about the project, “I’m so excited to work on this road trip musical that will explore the nature of early 2000s nostalgia and if the past was, indeed, actually better. Also, I GET TO WORK WITH LANCE BASS!” The capital letters were all Bloom’s. It’s not yet known for sure if Rachel Bloom will also appear in the film (or maybe direct?), or if she’s just writing the screenplay.

For many fans of Ethan Hawke, there may have been a “gasp!” moment while watching season 3 of Stranger Things, as people realized that the new character Robin was played by Maya Hawke, A.K.A. the daughter of Hawke and Uma Thurman. For her next project, the two Hawkes will be teaming up for a romantic comedy set during the glory days of 1960s Beatlemania called Revolver (as in the title of The Beatles’ seventh studio album), and the beginning of the band’s shift towards more “psychedelic” sounds.  Maya Hawke will play a Beatlemaniac in Alaska who comes up with a plan to give her virginity to shy Beatles guitarist George Harrison when the band unexpectedly had to land there on June 27, 1966 (which did indeed happen). Revolver will be directed by Andrew Stanton, a long-time Pixar collaborator whose credits include Finding Nemo (Certified Fresh at 99%), WALL-E (Certified Fresh at 95%), Finding Dory (Certified Fresh at 94%), and on the live-action front, John Carter (Rotten at 52%). The press release didn’t say for sure whether Ethan Hawke will be playing Maya’s dad, but that’s probably most likely.

Due to various delays (but most obviously and most recently COVID-19), we’re still over two years away from the December 16, 2022 release date of James Cameron’s sequel Avatar 2 (12/16/2022), which will come out 13 years after the first film. It’s worth remembering that two years before Avatar came out, movie fans did know he was working on a movie called Avatar, but we didn’t yet know that half the cast would be giant blue deer-people aliens. In that respect, the new set image showing off Kate Winslet filming a scene underwater is ripe for fan speculation. In the image, we can see Winslet wearing something like a cape that extends out past her arms via sticks, which, to this writer, make it look like she will be playing something like an alien stingray creature. Winslet has already spoken out this week about filming those scenes for Avatar 2, saying that she learned to hold her breath for up to seven minutes (for reference, the world record is 24 minutes). Winslet’s other Avatar 2 co-stars will include Edie Falco, Michelle Yeoh, Jemaine Clement, and returning cast members from the first movie like Sam Worthington, Zoe Saldana, and Sigourney Weaver.

In addition to his own films (from Jojo Rabbit to Marvel movies like Thor: Love and Thunder), writer, director, and producer Taika Waititi also made the news this past summer for signing three Maori writers to tell stories of the indigenous peoples of New Zealand. This week, Waititi widened his support of indigenous filmmakers to include Native Americans with a deal to executive produce a drama called Frybread Face and Me (frybread being a staple food for many Native Americans). Written and directed by Native American filmmaker Billy Luther (who is of Navajo, Hopi, and Laguna Pueblo heritage), Frybread Face and Me will tell the story of two adolescent Navajo cousins from different backgrounds who bond over the course of a summer “herding sheep on their grandmother’s ranch in Arizona while learning more about their family’s past and themselves.” Frybread Face and Me was also one of the projects selected for this year’s Sundance Institute Directors and Screenwriters Labs.

Next week, despite the challenges of COVID-19, the American Film Market will indeed take place, and as with most similar events (Sundance, Cannes, etc.), this week we heard about some of the projects that will be presented to investors at the event. Some actors are habitually popular at international film sales events like AFM, and this week, one such actor appeared to be Armie Hammer (The Social Network, The Lone Ranger), who is attached to star in two movies. Hammer and Jennifer Lopez will co-star in the Lionsgate action comedy Shotgun Wedding, about a “destination wedding” that goes terribly wrong when the entire wedding party is taken hostage. Hammer’s other new project this week is the Cold War thriller The Billion Dollar Spy, co-starring Mads Mikkelsen (Casino Royale, Rogue One: A Star Wars Story), based on the true story of a Soviet engineer (Mikkelsen) and his CIA handler (Hammer), and the friendship that the two find together.

7. THIS WEEK IN CELEBRITY BIOPICS: RICHARD PRYOR AND ANOTHER B.B. KING MOVIE

Last week, this column reported on the news from Wendell Pierce (HBO’s The Wire) that he is going to be playing famed blues guitarist B.B. King in a movie called The Thrill is On. This week, B.B. King’s estate issued a public statement clarifying that there are actually two movies gearing up based on the life of B.B. King, as there will also be an official biopic (separate from The Thrill is On) expected to start filming in 2021. Instead of being a true “biopic,” The Thrill is On is now being described as a “dramatized version of a real-life friendship story in the spirit of the film ‘Round Midnight (or, more recently, perhaps Green Book). In related news, the long-in-development Richard Pryor biopic got a little closer to actually happening this week as black-ish creator Kenya Barris has signed on with MGM to make his feature film directorial debut based on a screenplay he will also write, following a “heated film rights auction.”

The continuing COVID-19 pandemic has slowed down the releases of dozens of movies, and in some cases, it has compelled studios to skip theaters entirely in favor of streaming debuts, like last week’s Borat: Subsequent Moviefilm (Certified Fresh at 85%), which dropped on Amazon Prime. In some cases, however, COVID-19 is also causing films to be indefinitely delayed (or cancelled) altogether. This week, director Dexter Fletcher (Rocketman, Eddie the Eagle) revealed that two of the projects to which he was attached are now on indefinite hold because of the pandemic. Those films are the long-in-development sequel Sherlock Holmes 3 (starring Robert Downey Jr. and Jude Law) and the reboot of the gentleman thief franchise The Saint (previously played on TV by Sir Roger Moore and on film by Val Kilmer). Fletcher said that both films are “up against the same dilemma, the same issue that we all [have]: How do you get large groups of people together to create something and then shift them all around the world? And what do you do with actors that are in a love scene? It’s complicated.” In related news, the biopic Going Electric, starring Timothee Chalamet as Bob Dylan, is also on hold due to the pandemic because it was to have been filmed “all in small clubs with lots of extras in period costumes, so you’ve got lots of hair and makeup.”

9. GUARDIAN OF THE GALAXY DAVE BAUTISTA IS ALSO UNIVERSE’S MOST WANTED

We still don’t when exactly director James Gunn and Marvel Studios will be able to reunite again for a third Guardians of the Galaxy (definitely don’t expect it before 2023), but one of that film’s stars is striking out on his own in a new sci-fi fantasy. Dave Bautista (A.K.A. Drax) will produce and star in an ambitious sci-fi action movie called Universe’s Most Wanted, in which he will play an “intergalactic peacekeeper” who teams up with the son of a small town sheriff when “a spaceship carrying the universe’s most wanted and dangerous criminals crash lands in their backyard.” If that premise sounds familiar, that may be because it is extremely similar to the 1986 sci-fi cult favorite Critters, except, of course, the aliens in Universe’s Most Wanted will probably be very different. Universe’s Most Wanted will be directed by Brad Peyton, who has previously worked three times with one of Dave Bautista’s former wrestling co-stars, Dwayne Johnson, on Journey 2: The Mysterious Island (Rotten at 45%), San Andreas (Rotten at 50%), and the video game movie Rampage (51%, Peyton’s highest RT score).