Is the "Ghost Rider" Returning?

While working the press for the "Ghost Rider" DVD, director Mark Steven Johnson got to talking about sequel possibilities, and guess what?

Looks like a sequel is probably going to happen, although Johnson may stay on as producer and hand the directorial reins over to someone else. But that hasn’t stopped the filmmaker from pondering new villains. Looks like Scarecrow, Blackout and Vengeance might be on tap for future "Rider" installments.

Johnson also promises a lot more action if the sequel shows up, because you can do that once your origin story is filed away in Part 1.

"I think one of my regrets for this movie [was that] Ghost Rider got so expensive himself, [so] it kind of cut away from some of the action," says Johnson. "I wish we had a lot more action than we do. And so for the second one, now that that’s all built, that will bring the cost down on Ghost Rider and you can put more money into the fights, into the creatures. I mean, you’d like to see hell unleashed, do the same thing that Guillermo [del Toro] has done with the second Hellboy — just hundreds of monsters and just really have some fun with it. You don’t need to do the origin again, you don’t need to do any of that. And the love story, I wouldn’t do any of that. I would make it much more about him fighting everything that the devil throws in his way. We spent a lot of money designing the fire, the CG fire, and the skull and all that, and now that’s all banked, so it does help."

No mention of Nicolas Cage‘s return, but that guy will star in anything these days. As for Johnson, he’s also planning to adapt DC’s "Preacher" for HBO. 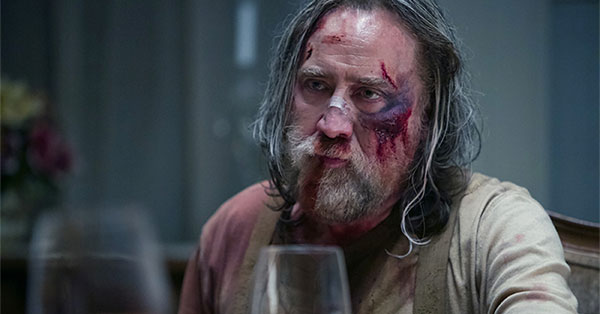