The Oscar-winning writer and director on his new film, shooting in black-and-white, and transforming movie stars into actors.

There are few surer signs of awards season than the imminent release of a new Alexander Payne movie. The writer-director of Election, About Schmidt, Sideways and The Descendants is a darling of the year-end circuit, picking up two screenplay Oscars and guiding many of his performers to acting nods along the way. Payne’s latest, the alternately droll and sentimental father-son road trip Nebraska, has already earned star Bruce Dern the best actor prize at this year’s Cannes festival and should factor among the accolades distributed in the coming months. It’s a stripped-back performance of quiet detail from Dern, framed by Payne’s stark, almost haunted black-and-white lensing of a disappearing America. Here, the director chats to RT about the film.

This is the first film in which you weren’t directly involved in the original screenplay. What drew you to Bob Nelson’s script?

Alexander Payne: Well, you saw the movie, so you can imagine — not to be obvious — I liked the setting, I liked the characters, I liked that it would give me a chance to explore parts of my beloved home state that I didn’t really know. And it was just pretty funny. It had a pretty Nebraskan, dead-pan sense of humor that I liked a lot, and it was an interesting — you know, the corny stuff — father-son story, how they’re so distant but they’re reconnected and achieve a type of understanding by the end. That’s kind of a nice story. It’s about kindness. I liked that it was about kindness, ultimately, in a way. That’s it. Plus, I’m always so f–king desperate for something to make a movie about. [Laughs] By now I’ve read, you know, so many thousands of scripts praying that I’d want to make one, it was just such a relief to find one that I could stand to make.

And that you didn’t have to write for once.

Well, I rewrote it toward the end, before shooting, and stuff, but it’s very much that guy’s vision.

One of the things that’s constant in your career is that you seem attracted to stories about characters in transition, if not outright life crisis. Is there a particular appeal to that kind of scenario?

Am I really alone in that? Aren’t all great stories about characters in transition? Isn’t it always about character revealed through times of major or minor life crisis?

A lot of great movies, yes, but not all of them. You’re right in that you’re not alone in that, it just seems like a very defining trait across your films.

I don’t know what to say about it. I’ll think about it. [Laughs] I appreciate the observation but yeah, I don’t know. What’s a movie that doesn’t have that? Even, you know, I just saw Gravity — I’m just pulling this out of a hat because I saw it the other day — and it’s Sandra Bullock in the haunted house, right, but in space?

But even her they imbued with — whether you thought it was corny or not — that she had lost a daughter, and this was a way of literally and figuratively getting her feet back on the ground. Even that they had to put that sort of backstory in to add to that. I don’t know.

Characters are usually more interesting in a state of change, I guess.

Right, yeah. And the last movie I saw before that was Eric Rohmer’s 1986 The Green Ray, and there’s that gal — she’s in a crisis of loneliness and solitude, and is on holiday with nobody to go on holiday with. Anyway. Stuff to think about.

Point taken. An immediately remarkable thing about this film is the way it looks. It evokes so many things for me, particularly, as you’ve said, early Jim Jarmusch and Stranger Than Paradise, Ansel Adams, a bit of Wim Wenders’s Alice, The Last Picture Show — and the most obvious thing that came to my mind, the cover of Bruce Springsteen’s Nebraska. Did shooting in black and white, and that kind of visual sense, inform the mood of the film and the circumstances of the performances?

It did. I didn’t conceive of shooting the film in color, at all. When we had difficulty in getting it financed in black and white, I walked away from it. And even my DP was saying, “Oh, we could do it in a very desaturated color” and all that crap, and I was like “No! This movie should be in black and white.” [Laughs] “And when you see the movie when it’s done you’ll know why. I can’t explain it to you.” And I could say all those things, like it certainly didn’t hurt Spielberg and Scorsese and Woody Allen and all those guys to shoot their movie in black and white — those are arguably some of their best films — and look, most of the movies I watch are in black and white. It never left fine art photography as a choice; nobody asks Sebastião Salgado “Why do you shoot in black and white?” I knew that whenever I was gonna make a black and white film it would have to be cheap, and this one was — under $14 million bucks, for Pete’s sake. And it just felt right.

But along with the black and white and the CinemaScope widescreen format, I definitely wanted Autumn in Nebraska, with the corn stubble in the fields and those leafless trees, so you can see the skeletons of the trees. I was trying to see the skeletons of the people and the skeletons of the trees, things really, really stripped back to their essence. Also, by the time we made the film — I read the script nine years ago — we were in the midst, and still at the tail-end, we hope, of that economic crisis. So in small-town America the film, just because of the time we were shooting, becomes a Depression-era film; the black and white on a contemporary movie kind of suggests a Depression-era film, so I thought that was kind of fitting.

Payne (left) with Dern on the set of Nebraska.

It definitely has the sense of a film out of time. I wanted to talk a little bit about Bruce. It’s an interesting performance, especially given his long screen history and the types of characters he usually plays. He’s said he didn’t want to be “Bruce Dern” in this movie, so what was it like for the both of you to get to that performance, to strip back a screen persona to what we see on screen?

It’s because they want to do that. Working with Nicholson 10 years ago, and working with this guy — they wanna be somebody else. Especially Nicholson, who was so often asked to be that commercial version of himself. He’s trained as an actor. And you know, he can have fun with that commercial version of himself — the devilish guy with the smile and the raised eyebrows and all that — but he’s a wonderful actor who wants to disappear into a part. And the same thing with Dern. They are anxious to become the guy suggested by the screenplay.

You did that with Clooney, too. You seem to have a knack of taking someone with a very high profile, very particular public persona and getting a real actor performance out of them. What’s the trick there? Is it, as you say, because they want to disappear into the roles?

They want to not just be stars, they want to be actors — and they are; the good ones, of course. I mean, it’s so common in Hollywood where you cast a star, and then in the moment of casting the star, you begin tailoring the screenplay to the expected, or the commercial version of that star’s persona. I never do that. I want the star to become an actor and become the guy suggested in the screenplay, period. And the moment they do that they — I hope — cease to be themselves and their public personae and become the actor, become the person. Then it’s up to the audience to determine with what success that happened or not.

You mentioned Gravity before, and one of the things that was problematic for me was that George Clooney was just being George Clooney. It was a very “Clooney” performance, which you didn’t see in your film.

This is your second collaboration with the Dern family now. Are there any similarities between working with Laura [on Payne’s 1996 debut, Citizen Ruth] and now, her dad?

Both Derns are interested in doing the process that I just described, which is really, really becoming that character — to use a hackneyed phrase — warts and all. Especially warts and all. With Laura in Citizen Ruth many years ago, and now with her dad, they are not interested in their own vanity. They don’t care about maintaining dignity or stupid, vain beauty at the cost of some bitter truth about the character they’re playing. They want to go full-bore, and I like that about them.

Nebraska screens this week as part of the New York Film Festival and opens in theaters on November 22. 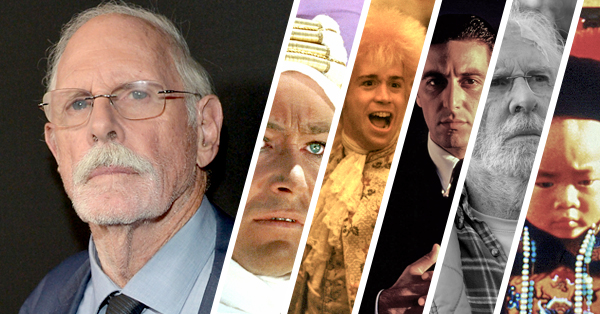