This Week’s Ketchup brings you more headlines from the world of film development news, covering such titles as Deadpool 3, The Suicide Squad, a Spike Lee Viagra musical (yes, really), and a pair of ensemble thrillers. 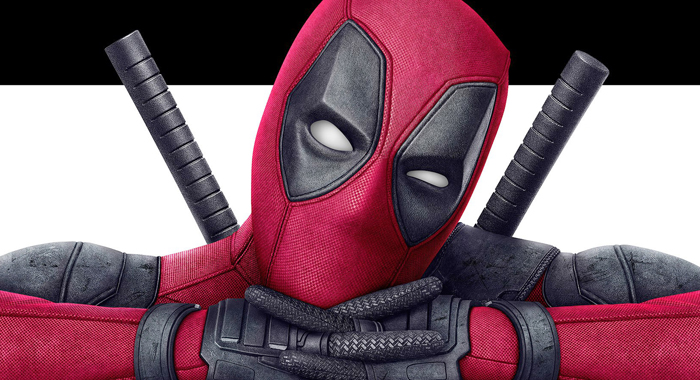 It’s now been over a year and a half since Disney officially acquired the film and TV properties of the former 20th Century Fox, which included the various Marvel titles that had previously been at Fox, like Fantastic Four and everything-X-Men-related. Although there have been the expected rumors and mentions at San Diego Comic-Con, we hadn’t officially heard of any of the Fox/Marvel titles moving forward through the usual development process at Marvel Studios, but we now know which movie has that distinction first. Marvel Studios has officially hired the screenwriting sisters team of Wendy Molyneux and Lizzie Molyneux-Loeglin (Bob’s Burgers, The Great North) to start work on the Deadpool 3 screenplay, with Ryan Reynolds attached to reprise his role as the “merc with a mouth.” Reportedly, Marvel has been meeting with writers pitching their Deadpool 3 ideas for about a month, with the Molyneux sisters eventually pitching “the perfect fit [Marvel] wanted.” Although no premise has been announced yet, the character might be the best choice of all the Fox titles to join the Marvel Cinematic Universe first because of his frequent ability to break the fourth wall, both in the comics and in the movies (as in, he might be the character most aware of possible alternate realities, a la Spider-Man: Into the Spider-Verse). It’s not yet known if other Deadpool 2 co-stars like Zazie Beetz as Domino or Josh Brolin as Cable might also appear in Deadpool 3, or whether, for example, anyone in the MCU might notice how much Cable looks like Thanos. There is no release date for Deadpool 3, but given the various COVID-19-related delays, it probably won’t be until sometime in 2023 or 2024 at the earliest.

Brad Pitt has been attached for a while now to star in the action thriller Bullet Train (based on the 2010 Japanese novel Maria Beetle) for Sony Pictures, but this week, the film’s cast expanded quite a bit, revealing it might be similar in style to 1970s ensemble disaster movies like Airport and The Towering Inferno. The latest addition to Bullet Train is singer-turned-actress Lady Gaga, who is probably the biggest star of the group added this week, but she’s expected to have a smaller supporting role. Deadpool 2 star Zazie Beetz also joined the cast, but likewise, her role isn’t known. Another superhero movie co-star, Michael Shannon (Man of Steel), also joined Bullet Train this week. Finally, there’s also TV’s Masi Oka (Heroes, Hawaii-Five-0), likewise in an unknown role. Other members of the Bullet Train ensemble will include Logan Lerman, Joey King, Aaron Taylor-Johnson (Marvel’s Quicksilver), Brian Tyree Henry (from Atlanta, as is Zazie Beetz), and Andrew Koji (Storm Shadow in the upcoming Snake Eyes movie). Bullet Train will be directed by David Leitch, who’s coming off a hot streak that includes Atomic Blonde (Certified Fresh at 78%), Deadpool 2 (Certified Fresh at 84%), and Fast & Furious Presents: Hobbs & Shaw (Fresh at 67%).

2. HE GOT GAME: SPIKE LEE TO DIRECT VIAGRA MUSICAL

First discovered in 1989 as a possible treatment for chest pain, Pfizer introduced the prescription drug sildenafil under the brand name Viagra in 1998 as a medication to treat erectile dysfunction in men. It may have been inevitable that we would eventually get a movie about the invention of Viagra, but few could have guessed that when we did, it would be a musical co-written and directed by Spike Lee. Lee will adapt the screenplay with screenwriter Kwame Kwei-Armah (TV’s Walter’s War, Elmina’s Kitchen) from the 2018 Esquire article All Rise: The Untold Story of The Guys Who Launched Viagra (which you can read right here). (One reason the musical might currently be untitled is that the title All Rise was recently taken by a CBS courtroom drama.) The original songs and music will be written by the team of Stew Stewart and Heidi Rodewald, the creators of the rock musical Passing Strange. In a statement too long to fully quote here, Lee addressed his excitement about this project by frequently using his Shift key: “So Finally Going Into My 4th Decade As A Filmmaker I Will Be Directing A DANCIN’,ALL SINGIN’ MUSICAL Spike Lee Joint And I Can’t Wait. My Moms Has Been Waiting TOO!!! And Dats Da Rodgers And Hammerstein Truth, Ruth.”

Two of 2017’s Best Picture nominees (amid other nominations) at the 90th Annual Academy Awards were Lady Bird and Three Billboards Outside Ebbing, Missouri, and this week, two of the stars of those films were announced to star in a new film together. Saoirse Ronan, Sam Rockwell, and David Oyelowo (Selma) have all signed on to star in an untitled murder mystery thriller from Searchlight Pictures to be directed by British TV director Tom George. The movie will be set in 1950s London, where a Hollywood film producer is trying to adapt a popular play until members of the crew start getting murdered, with Rockwell and Ronan playing the cops investigating the crimes. Whatever this movie ends up being titled, it seems easily grouped together with other recent movies like Knives Out and Murder on the Orient Express as part of a “whodunit revival,” to which we will soon be able to add the Death on the Nile remake, starring Gal Gadot, Armie Hammer, and Letitia Wright (Black Panther).

Although they were only shown together briefly in the film, Guardians of the Galaxy Vol 2 featured Sylvester Stallone, Michelle Yeoh, Ving Rhames, and the voice of Miley Cyrus as a team representative of the original 1970s Guardians of the Galaxy team.(It’s a long story, but the team we know from the movies with Star-Lord, Gamora, Drax, Groot, Rocket, et al. wasn’t introduced in the comics until 2008.) At the time, it was teased that director James Gunn hoped that Stallone and crew would appear again in a future Marvel Studios movie, but as it turns out, we won’t have to wait for that movie to see Stallone in a James Gunn movie. Gunn confirmed on Instagram over the weekend that Sylvester Stallone has joined the cast of the DC Comics soft reboot of The Suicide Squad (8/6/2021), although the nature of his role, which might be fairly minor, wasn’t revealed. Stallone is joining a massive ensemble cast that includes John Cena, Jai Courtney, Viola Davis, Idris Elba, Nathan Fillion, Michael Rooker, and of course, Margot Robbie as Harley Quinn. It’s not yet known when James Gunn will be able to start filming Guardians of the Galaxy Vol 3 for Marvel, but with the COVID-19 pandemic delays, it’s unlikely the film could be released before 2023.