Avatar drops only 3% in its second weekend despite strong competition

Capping off a record year that broke the $10 billion mark for the first time, audiences flooded the multiplexes over the Christmas holiday frame generating the largest weekend box office ever seen. Reigning champ Avatar led the way for a second consecutive time, but popular new releases Sherlock Holmes, Alvin and the Chipmunks: The Squeakquel, and It’s Complicated all delivered sensational results with the quartet of hits combining for a staggering $213M in ticket sales leading the top ten to skyrocket to a jaw-dropping $260M. With studios offering a solid menu of appealing films, moviegoers came out in massive numbers as everyone had something to see.

James Cameron was at it again. The Oscar-winning sci-fi guru enjoyed his second straight weekend at number one with the 3D epic Avatar which dipped a scant 3% in its sophomore frame to gross an estimated $75M shooting the ten-day total to an eye-popping $212.3M. The Fox blockbuster scored the second best second weekend gross in history trailing just The Dark Knight which followed up its record-breaking $158.4M debut with a 53% drop to $75.2M in its sophomore session in late July 2008. The only other films to gross more than $70M in their second weekends were Shrek 2 with $72.2M in 2004 and Spider-Man with $71.4M in 2002. All three of those films went on to finish north of $400M domestically and Avatar now seems on the same trajectory which would allow it to topple Transformers: Revenge of the Fallen to become the top-grossing film released in 2009.

The 3D film took in $23.6M on Friday for Christmas Day, rose 21% to $28.6M on Saturday, and is estimated to slip by 20% on Sunday to $22.9M. With so many people off from work and school this coming week,Avatar‘s cume will continue to surge with the quarter-billion mark likely to crumble on Wednesday and the $300M level to be passed on Saturday with much more to come. The futuristic event film already ranks number seven for 2009 after just ten days and by next weekend it will shove aside Harry Potter and the Half-Blood Prince for the number two slot with its guns aimed squarely at Michael Bay’s toy robots.

The holiday certainly helped the mega-budgeted actioner post such a great sophomore hold, but despite $155M in competition from the new wide releases, Avatar stayed strong because audiences have been liking and recommending the film. Cameron should have no problem becoming a filmmaker with two of the top ten blockbusters of all-time, maybe even two of the top five.

Robert Downey Jr. successfully launched his second major franchise in as many years with Sherlock Holmes which debuted in second place with a sizzling $65.4M for Warner Bros. The PG-13 film averaged a fantastic $18,031 from 3,626 locations and enjoyed the fifth biggest December opening of all-time. Directed by Guy Ritchie, the 1890-set pic co-stars Jude Law and Rachel McAdams. Holmes kicked off its weekend with $24.8M on Friday setting a new record for the best Christmas Day opening in history. Saturday dipped 11% to $22M while Sunday is projected to fall by 15% to $18.7M.

The big-budget detective saga is intended to kick off a series of Holmes films that will keep the cash rolling in across this next decade. Critics gave good reviews and audiences so far have been moderately pleased. The London-set film actually opened at number one on Friday edging out Avatar by $1.2M, but dropped on Saturday while the Pandora flick rose. Add in Iron Man, Tropic Thunder, and this May’s Iron Man 2, and Downey will end up scoring four $100M+ blockbusters (including three over $200M) in a two-year span pulling off an amazing Hollywood comeback after many had written him off after his many drug problems.

Never before has a film opened to more than $50M and failed to capture one of the top two spots. But that’s what happened with the hit kidpic Alvin and the Chipmunks: The Squeakquel which bowed to $50.2M giving it the best gross ever for a third-place debut. Fox found great success with families by following up on its 2007 sensation and averaged a potent $13,568 from 3,700 locations this weekend. Launching on Wednesday to capture kids already out of school, the PG-rated Squeakquel banked a stellar $77.1M over its first five days.

The first Chipmunks opened in second place two years ago to $44.3M over three days on its way to a sensational $217.3M making a sequel a no-brainer. With students out of class the whole week ahead, Fox will see its cume climb rapidly. Between its two megahits, the studio hauled in a stunning $179M over the last five days.

Universal landed in fourth with its new divorce comedy It’s Complicated which grossed an estimated $22.1M from 2,887 sites for a very good $7,660 average. The R-rated pic starring Meryl Streep, Alec Baldwin, and Steve Martin played to an older female audience with studio research showing that 72% of the crowd was female and 75% was 30 and older. Complicated earned an encouraging A- grade from CinemaScore and given that other December releases from director Nancy Meyers like Something’s Gotta Give and The Holiday went on to reach totals that were five times their opening or more, the studio believes it has a long-lasting hit on its hands. This should become yet another $100M+ hit for Streep.

Paramount expanded its George Clooney-starrer Up in the Air nationwide and landed in fifth place with an estimated $11.8M from 1,895 locations. Averaging a solid $6,203 per site, the R-rated film raised its total to $24.5M and will try to show some legs in January utilizing possible Golden Globe wins and Oscar nominations to keep the momentum going. It was an encouraging result given all the potent competition for adult audiences in the marketplace.

Sandra Bullock’s durable hit The Blind Side followed close behind in sixth with an estimated $11.7M, up a healthy 17% from last weekend, to lift the amazing cume to $184.4M. The Warner Bros. football drama became the only film of 2009 to gross more than $10M for six straight weekends. It also rose up to number ten among this year’s top blockbusters and will easily rush past the $200M mark.

The grand return of the chipmunks spelled doom for Disney’s The Princess and the Frog which witnessed the largest drop of any film in the top ten. The traditional toon fell 29% to an estimated $8.7M boosting the cume to $63.4M. An royal invite to the $100M club is now not guaranteed.

The Christmas box office didn’t have room for every single film and coming in at number eight was one of the frame’s casualties, the musical Nine, which expanded nationwide but grossed just $5.5M according to estimates. The Weinstein Co. played the Daniel Day-Lewis starrer in limited release for only one week before widening and wound up with a weak $3,926 average from 1,412 locations. Competition was intense for the target audience of adult women and moviegoers chose other options. Cume to date is just $5.9M.

Moviegoers weren’t too excited about Hugh Grant and Sarah Jessica Parker as their romantic comedy Did You Hear About the Morgans? performed poorly again with an estimated $5M in its second weekend. Down 24% from its opening, the Sony release has taken in just $15.6M and has been utterly rejected by audiences. Also not faring well was Clint Eastwood’s Invictus with Morgan Freeman and Matt Damon which rounded out the top ten with an estimated $4.4M. Sales inched up 4%, but the Warner Bros. title has banked only $23.4M to date and won’t be collecting much more in the weeks ahead. 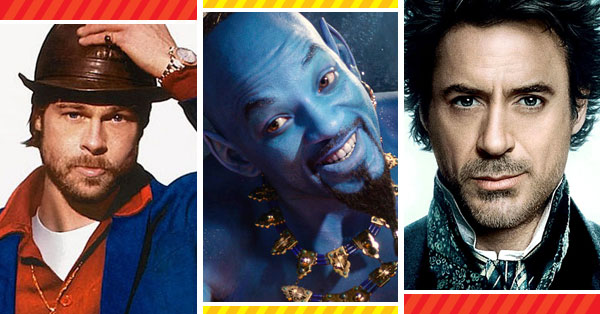