Thandie Newton, Evan Rachel Wood and Jonathan Nolan give a first glimpse of the new season of HBO's robot drama. 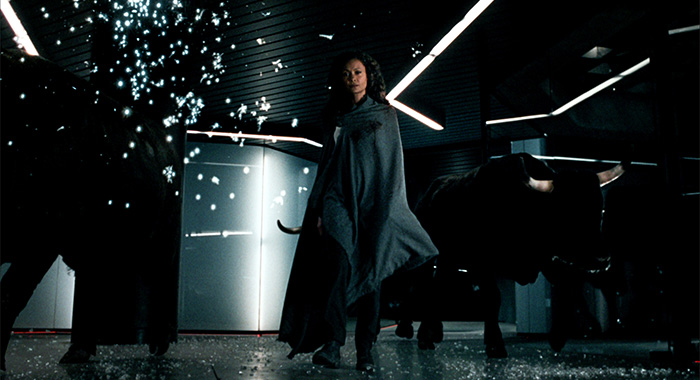 For fans of Westworld at South By Southwest, April 22 could not come soon enough.

On Saturday, showrunners Jonathan Nolan and Lisa Joy, along with cast members Evan Rachel Wood, Thandie Newton, James Marsden, and Jeffrey Wright, sat down for a panel at the Austin festival, and not even a special guest appearance from Elon Musk could distract the crowd in the hall from what they wanted to know most: What the hell is going to happen in season 2?

Westworld‘s Certified Fresh first season ended with a bang — several, in fact — as the hosts turned on their human creators and guests: With one shot, Dolores took out Robert Ford and kicked off a robot rebellion. But it also ended with a bunch of questions remaining tantalizingly unanswered. Fans were left wondering, among many other things: Where is Maeve going to go on her quest? What exactly is Shogun World — and will we see it in season 2? And, finally, can Westworld‘s second season possibly prove as intriguing as the first?

Nolan and Co. were careful not to reveal any major season 2 spoilers when pressed by Wired Editor At Large, Jason Tanz, but they did tease the crowd with a few precious details. For starters, there will be a lot more action and a lot more more messing with our minds. And it won’t come in ways we expect.

“We wanted to treat [Westworld] a little bit more like a film franchise,” Nolan said when asked about whether he follows any master blueprint for the series. “Each season is like an installment. And the only way that I know how to do that is to change the game every season.”

Nolan also dazzled fans with never-before-seen footage from the upcoming season — prepare to hyperventilate when you see it — but we value our lives too much to go against the showrunner’s request not to spill any secrets. (We’ve seen what his mind is capable of.)

The actors on Saturday said they were as excited to return to Westworld for season 2 as the fans are to see it.

“I could not f—ing wait, I literally couldn’t wait,” said Newton. “It was like: Can we come home now?”

Wood added, “It was like waiting for Christmas to come. But it’s also daunting. You feel this looming sense of dread when you walk up to the set, because we don’t really get to know what’s going to happen, or what’s in store for us. We get really excited, and then we remember what show we’re on and we’re like, Oh none of this ends well.” 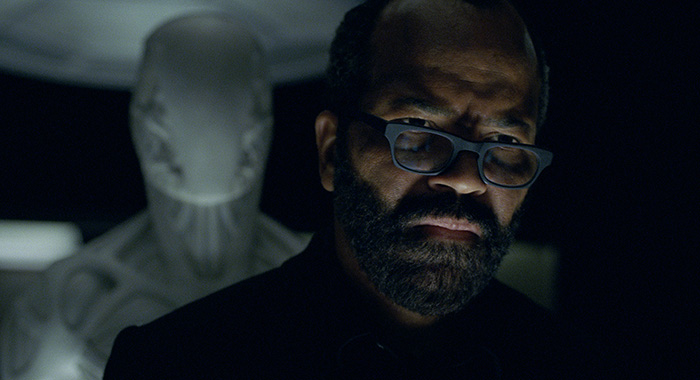 Wright said that for his character, Bernard, season 2 is a completely different journey, one that began at the end of season 1.

“The first season was very much about establishing the order of the place, the rules of the place,” Wright said. “[Now] it’s all been ripped apart, it’s destroyed, and we’re recreating something.” He added that “season two for Bernard is, What the f— just happened?”

That was the feeling of a number of the actors working on the project.

“Episode to episode, we literally don’t know what’s going to happen,” Newton said. The actress said that she hates not having control, in work and in life, but for Westworld, “I will say no to control: Take me, do what you want — because it is the dopest s— around.”

Newton’s Maeve was a fan favorite in season 1, a host who grew savvy to what Delos Incorporated had going on, and who would eventually break out of the park. And when Wood’s Dolores morphed from damsel to revolutionary, it became clear that Westworld had given TV a pair of incredibly tough women and two characters who subverted the masculine stereotypes of the Western.

How does it feel to play those strong women, at this time, Tanz asked.

When Newton revealed that she named her daughter “Ripley,” Wood jumped in: “That’s so funny, I almost named my son ‘Connor.’ I swear to God.”

While all on stage were careful about spoiling anything about the upcoming season, smart viewers would be wise to pay very close attention to episode one of season 2, which is rumored to be called, “Journey Into Night.” Towards the end of the session, Wright told the audience, “I actually went back and watched the pilot… just to see where we had begun. And there are things there. There are a lot of things there.”

Will Shogun World be one of those things in the first episode of season 2? Cue the silence.

Westworld premieres on Sunday, April 22 at 9 p.m. on HBO.