Bad Boys 4 is already in the works, Billie Eilish lands a 007 theme song, Don't Breathe 2 is coming, and Disney makes a big change to the Fox studios it acquired.

This week’s Ketchup brings you another 10 headlines from the world of film development news (the stories about what movies Hollywood is working on for you next), covering stories from the last few weeks (due to the holidays) for titles like Bad Boys 4, Don’t Breathe 2, The Flash, and Morbius. 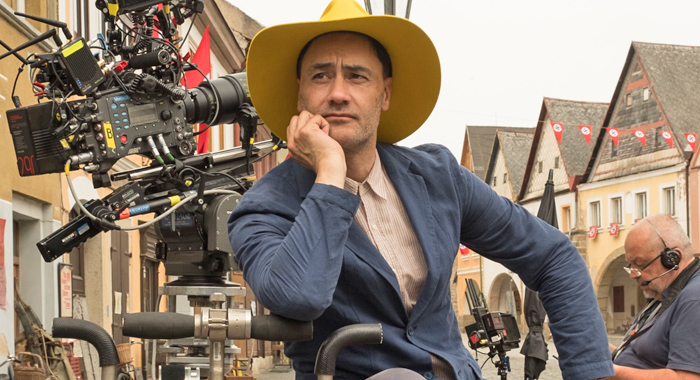 Lucasfilm and Disney obviously want to continue making Star Wars movies after Star Wars: The Rise of Skywalker, but the “who” (and presumably the “what”) has changed repeatedly in just the last couple of years. For example, former plans for Star Wars Story movies like Boba Fett and Obi-Wan were shelved (in favor of shows on Disney+), and there was also a period when Game of Thrones showrunners David Benioff and D.B. Weiss were developing a future Star Wars trilogy. (It’s still unclear what Rian Johnson’s future with Star Wars might be.) If one wants to find a single clear trend for Star Wars, a strong argument can be made for the influence of Marvel. The hit Disney+ series The Mandalorian was created by Iron Man director Jon Favreau, Taika Waititi (Thor: Ragnarok) directed that show’s season finale, and Marvel Studios boss Kevin Feige is also developing a Star Wars movie. We can now add another connection, as Waititi has reportedly been approached by Lucasfilm about developing his own Star Wars movie. Waititi is currently filming his soccer movie Next Goal Wins, and will then move on to Thor: Love and Thunder (11/5/2021), so any Star Wars movie would have to come at some point after those films. For his part, Waititi’s only statement since the news first broke yesterday was this Tweeted image. In related news, Colin Trevorrow’s shelved screenplay for Episode IX titled Star Wars: Duel of the Fates appeared to be leaked online this week, causing a stir among fans who inevitably compared it to J.J. Abrams’ The Rise of Skywalker.

It is really quite surprising exactly how often major film trade publications “bury the lede” when reporting on film developments (or, at least, lump two big stories together when they could’ve easily just published them individually). Let’s start with a little bit of history. At one point, Sony Pictures had two Bad Boys sequels on their release schedule: Bad Boys III for 2/17/2017, and Bad Boys IV for July 3, 2019 (so yes, we would’ve already had a 4th movie six months before the actual third movie was released this week.) This week’s Bad Boys for Life currently sports a Fresh Tomatometer with a score of 74%, which is higher than the combined scores of Bad Boys (42%) and Bad Boys II (23%), and it also broke a record with its Thursday night opening box office. All of that put together might be why Sony Pictures has hired Bad Boys for Life co-writer Chris Bremner to star work on a fourth Bad Boys. As for that buried lede, the very last paragraph of that story also reveals that Bremner is currently writing National Treasure 3 for Walt Disney Pictures, presumably with Nicolas Cage returning as well.

Like many directors, David O. Russell (Three Kings, Silver Linings Playbook) frequently works with the same actors. There are four Russell has cast three times (Bradley Cooper, Robert De Niro, Jennifer Lawrence, and Mark Wahlberg), and soon, there will be a fifth, as Christian Bale (The Fighter, American Hustle) is now attached to star in a movie with the working title Amsterdam. The premise is being kept relatively secret, except that it reportedly involves an “unlikely partnership between a doctor and a lawyer.” Christian Bale is the first confirmed cast member, but David O. Russell reportedly is considering also casting Jamie Foxx, Angelina Jolie, and Margot Robbie, which would add up to a remarkable star-studded ensemble. In related news, Russell reportedly may also be developing a John D. Rockefeller biopic with Robert De Niro starring, but that news has not been confirmed by a major film industry source yet.

Even as Marvel Studios prepares to merge previous Fox/Marvel titles like Fantastic Four and X-Men into the Marvel Cinematic Universe, there are some properties like Venom and Spider-Verse that remain at Sony Pictures. When Venom came out last year, it was presumed that it was set in a different “cinematic universe” than the MCU. Who’s set where gets complicated by Tom Holland’s Spider-Man, who has appeared in multiple MCU movies (Avengers: Endgame, etc), and who has been rumored to possibly have a cameo role in Venom 2 (10/2/2020). This week, we got our first trailer for Morbius, in which Jared Leto plays Marvel Comics’ “Living Vampire,” and there were two elements that hinted that Morbius might be set in the same world as Spider-Man: Homecoming and Spider-Man: Far from Home. The first was a Spider-Man poster with “Murderer” spray-painted over it (hinting at Far from Home), and the second was the appearance of Michael Keaton, who played Adrian Toomes, a.k.a. the Vulture, in Homecoming. We’ll hopefully know more about all of this when Morbius is released this summer on July 31, 2020.

One of the most surprising things to happen on The CW’s five-part “Crisis on Infinite Earths” crossover happened in the finale Tuesday night, as we saw Ezra Miller’s movie version of The Flash meet Grant Gustin’s TV show version in “The Speed Force.” Normally, this column doesn’t really touch on TV show news, but this scene potentially has big implications for the long-in-development The Flash (7/1/2022). There have long been indications that The Flash will depict a version of the popular DC Comics storyline Flashpoint, and having Ezra Miller’s version meet Grant Gustin’s version could be part of how we get to Flashpoint, since it involves time travel and alternate realities (much like the CW show as well). There is still a lot about The Flash (the movie) we don’t know, and this might have been just a cute little cameo, but it could also be our first tease about a movie that’s just over two years away from release.

5. THE SOUNDS OF NO TIME TO DIE: BILLIE EILISH, HANS ZIMMER, AND THE SMITHS GUITARIST

One of the last steps in the post-production for most movies (except, apparently, Cats) involves the music. So, one shouldn’t read too much into the stories this week about the music for the 25th James Bond film, No Time to Die (4/10/2020). The biggest revelation is that 18-year-old pop star Billie Eilish will become the youngest person ever to perform the theme song for a James Bond movie. Billie Eilish reportedly wrote the song with her brother Finneas Eilish. It was also confirmed last week that the rest of the score of No Time to Die will be composed by Hans Zimmer, but what’s most surprising is that Zimmer is collaborating with Johnny Marr, who probably remains best known as the guitarist of the influential 1980s British pop group The Smiths.

It’s impossible to know for sure if any of these movies are related to each other, but in the last few years, there have been a few horror and/or suspense thrillers that are all related to the senses. Sight was the element at play in Lights Out and Bird Box, sound was the sense involved in A Quiet Place, and Don’t Breathe incorporated both. The sequel to A Quiet Place is coming out on March 20 of this year, and this week, we learned that the sequel to the latter movie will start filming a month after that. Don’t Breathe director Fede Alvarez has hired his co-writer Rodo Sayagues to make his own directorial debut on Don’t Breathe 2, which is scheduled to start filming in April. Stephen Lang, who starred as “The Blind Man,” the film’s villain, will return for the sequel, which one has to guess will probably be about a new group of victims trapped in his house.

Just five years ago, Oscar Isaac starred in the science-fiction film Ex Machina, along with Alicia Vikander and Domhnall Gleeson (who went on to co-star with Isaac in the most recent Star Wars trilogy). That movie came out just five years after the final issue of the comic book series also called Ex Machina, which was about the political career of the world’s only superhero who subsequently becomes the mayor of New York City. Earlier this week, it was announced that Legendary Entertainment is developing a movie based on the Ex Machina comic book series that is to be retitled The Great Machine, in an obvious effort to avoid confusion with Ex Machina. Earlier today, we learned exactly why these movies would have been very easily confused, because it turns out that Oscar Isaac is also producing and will star in The Great Machine. So, if the title hadn’t been changed, not only would there be two movies called Ex Machina, but they would have both featured Oscar Isaac.

As Taika Waititi moves on to the soccer movie Next Goal Wins, his Marvel sequel Thor: Love and Thunder, and his future with the Star Wars franchise, the success of his most recently released film continues to have its impact on other film development news. The World War II-set comedy Jojo Rabbit featured three relative newcomers (including Thomasin McKenzie and Archie Yates), but the title role was played by Roman Griffin Davis, who this week joined another movie with a famous actress playing his mom. Keira Knightley and Roman Griffin Davis will play mother and son in an untitled Christmas movie which will focus on how British families celebrate the holiday. The movie will directed by Camille Griffin, who also happens to be Roman’s own real-life mother. The project is now seeking to cast the father of the family.

9. DISNEY DROPS THE “FOX” FROM ITS RECENTLY ACQUIRED STUDIOS

It was almost a year ago now that Disney finalized its acquisition of the film and TV properties of 21st Century Fox and Fox Searchlight, but it wasn’t until this week that one of the biggest resulting changes was announced. Disney is removing the word “Fox” from both companies and their logos, so they will now be called just 20th Century Studios and Searchlight Pictures instead. The new name for the studio formerly called 21st Century Fox is particularly curious, as the new name basically spins back the clock as well.