From Captain Eo to Thriller, we remember the pop legend

Though he never made the transition to feature film stardom after 1978’s The Wiz, Michael Jackson’s music videos arguably became movies unto themselves, revolutionising the artform and casting a long and enduring legacy over on-screen pop culture. And over the years he worked with some of the great directors in bringing his visions to the screen: John Landis on Thriller and Black or White, Martin Scorsese on Bad, Francis Ford Coppola and George Lucas on the fabulously weird Captain Eo; not to mention David Fincher and Spike Lee.

From narrating E.T. to singing about a rat and leading a chorus line of the undead, here are 10 of MJ’s best film moments.

It’s easy to see why Michael Jackson felt an affinity with Steven Spielberg’s lonely alien visitor, three million light years from home in a world where kids understood him but adults considered him a freak. So taken was Jackson with the film that he provided the narration for the tie-in audio book, passionately yelping the tale as John Williams’ music soars in the background.

By 1991 Jackson’s videos had become epic productions with fanfare TV premieres and galleries of guest stars. Directed by Boyz N’ The Hood‘s John Singleton, “Remember the Time” cast Jackson as a mysterious shapeshifter charming the court of pharaoh Eddie Murphy and his wife, played by Iman, before leading an impish chase through the palace that culminates in one of his best choreography sequences with a troupe of Egyptian dancers.

Watch the “Remember The Time” video.

Only the young Michael Jackson could take a song about a friendship between a boy and his rat — from a horror movie, at that — and turn it into this. Tears!

Watch the end credits to Ben

Riffing on West Side Story, Jackson’s third single from his landmark Thriller record was the first of his videos to turn the format into a mini-movie, with a memorable duel between two gangs settled — how else? — via dance. The song keeps on giving to movies, of course: remember Back to the Future: Part II‘s showdown in the Café 80s, or Zoolander‘s walk off, both set to “Beat It”?

Watch the “Beat It” video.

When Mike wanted to toughen up his image he turned to none other than Martin Scorsese, a man no stranger to the mean streets of New York and spinning a dizzy camera around his subjects as petty violence looms. The results are at first weird — it’s hard to imagine superstar Jackson trash-talking Wesley Snipes’ subway hood — and finally brilliant, as, like “Beat It”, the singer cuts loose with dance (and hollering and crotch-grabbing) to transcend the fight.

Watch the “Beat It” video.

Francis Ford Coppola’s bizarro alien adventure — filmed in 3-D and played at Disneyland — was co-produced by George Lucas, and has no shortage of otherworldly sidekicks, robotic jumpsuits and narrative non-sequiturs as Jackson’s space captain leads a mission to deliver a gift to Angelica Huston’s evil queen. Quite ridiculous and, also, quite awesome.

Not one of Jackson’s best known tracks (it was released on a CD-only version of Bad), “Leave Me Alone” nonetheless showcases one of his best-ever clips: self-referential (watch out for hyperbaric chambers, tabloids, Liz Taylor and Bubbles) and supremely inventive (the cut-out animation mixes theme park with Dali nightmare), it’s also the only place you’ll ever see Michael dance with the bones of the Elephant Man. No surprise that Michel Gondry listed this as one of his all-time favourite clips.

Watch the “Leave Me Alone” video.

Jackson’s first feature role cast him as the Scarecrow opposite Diana Ross’s Dorothy and Richard Pryor’s Wizard — and he steals the show. Sidney Lumet’s adaptation of the musical The Wizard of Oz was a troubled production that sank at the box-office, but the songs — like Jackson’s memorable “You Can’t Win” and duet with Ross on “Ease On Down The Road” — coupled with the movie’s haunting alternate reality Manhattan have made it a cult classic. (It also brought Jackson and producer Quincy Jones together; the rest is music history.)

Watch “Ease On Down The Road” from The Wiz.

More a collection of disconnected vignettes — Michael dances with a claymation rabbit! Michael shoots lasers from his eyes and transforms into a giant spaceship! — Moonwalker‘s legacy will forever be the extended video clip for Jackson’s “Smooth Criminal” — a ’30s gangster-inspired sequence that illustrates the dancer at the peak of his gliding, moonwalking, gravity-defying leaning magic.

The video that redefined the landscape of the medium for better or worse, “Thriller” — directed, with similar wit and amazing make-up effects by American Werewolf‘s John Landis — has attained such iconic status that it’s almost redundant to cover the details again. Let’s just zombie-dance into the night as we remember the man at his world-conquering, career-making best.

Watch the video for “Thriller”. 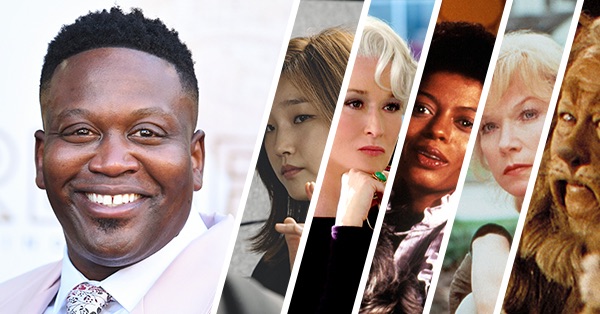 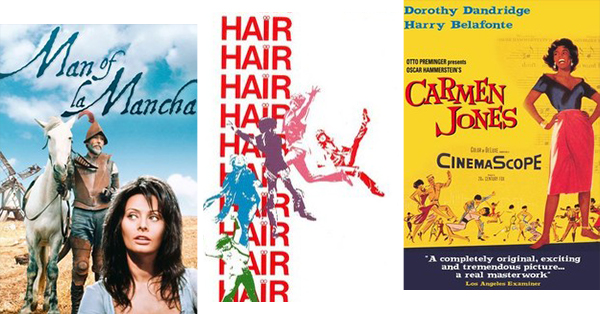