Here's Everything We Know About Season Two of Jane the Virgin

Showrunner Jennie Snyder Urman Dishes on What to Expect from Jane, Sin Rostro, and Britney Spears!

TAGGED AS: TCA, The CW 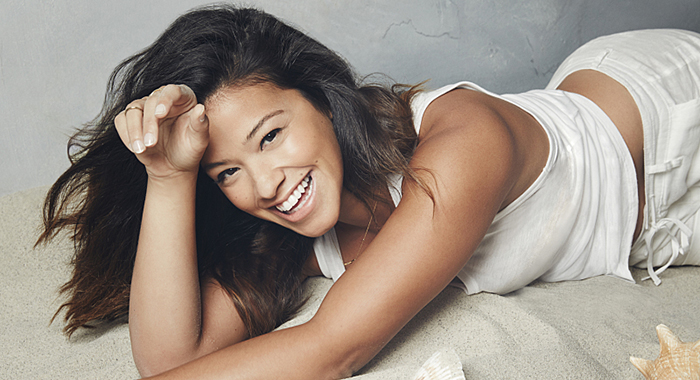 [Warning: Contains season one spoilers!] The new season of Jane the Virgin is finally here! We’ve been waiting all summer to find out what happens to Jane (Gina Rodriguez), whose baby was kidnapped and delivered to Sin Rostro at the end of season one. We’ll also see how Jane will work in Britney Spears as a guest-star this year.

The show’s creator and showrunner Jennie Snyder Urman sat on the Women Producers of the CW panel for the Television Critics Association this summer, and Rotten Tomatoes got an interview with her after to find out all our Jane the Virgin answers.

On the panel, Urman spoke about changing female character descriptions to read “interesting-looking, smart, and innovative,” rather than describing how pretty they are. She also described making time for dinner with her family, but going right back to work at 8 p.m. to finish the show. (So, thank you, Jennie, for spending the afternoon with us). 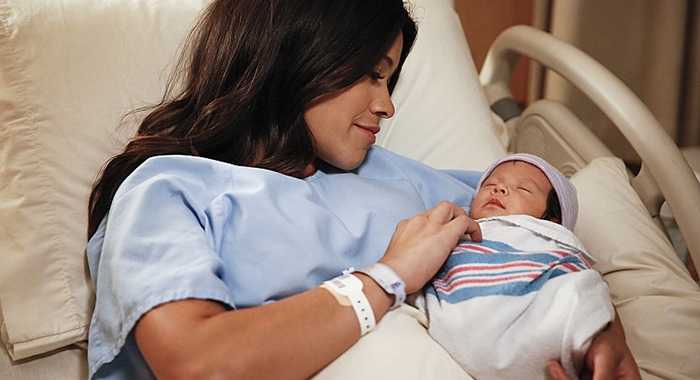 Jennie Snyder Urman: Oh, yeah, definitely. But I’ve felt this much pressure since the pilot was well-received, so it’s like an ongoing state of pressure. But I feel a responsibility that I don’t want people to be disappointed. I want them to love the show and I want to give good stuff for the actors.

Rotten Tomatoes: Is it still going to be a central love triangle between Jane, Rafael, and Michael this season?

Urman: She will make a choice this season, so that will play a big part. That’s always been one of the elements of the show, so they’ll continue to be. The comedy, the family drama, the criminal investigation, and the love triangle, they all kind of work in tandem.

Rotten Tomatoes: How long before Jane realizes the baby is gone?

Urman: When we pick up, the baby’s been gone for eight minutes. So, she will find out pretty soon. You will see the moment she finds out. Also, we’re a comedy. You have to get the baby back because you can’t laugh if there’s a missing baby. At the same time, we’re a telenovela and we’re a meta-telenovela, or whatever that is, so you need those big turns as long as they propel the story forward and the strings of what happens trace through the season. That’s what we’re doing. 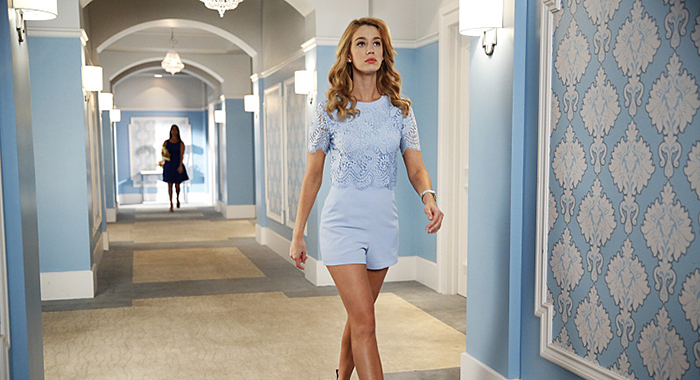 Rotten Tomatoes: “Switched at birth” is another soapy cliche. Should we worry you’ll pull that on Jane?

Urman: Um, you could worry about that. You could. [Laughs] I won’t say yes or no. Definitely things of that nature are talked about.

Urman: No, she wants something. She’s taking it for a reason in order to get what she wants. When she gets what she wants, theoretically, the baby will be returned.

Rotten Tomatoes: So we’ll find out what she wants in the season premiere?

Urman: Within the first five minutes.

Rotten Tomatoes: I can only imagine that whatever she’s asking for isn’t nearly as much to give up as the baby, so is it an easy trade?

Urman: It costs certain people certain things, but everyone wants the baby back. 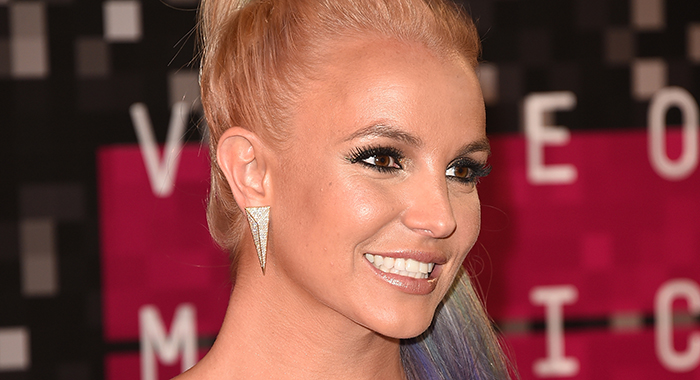 Rotten Tomatoes: When a Britney Spears makes herself available to you, is there an element of self-parody in it? Or is it playing her really straight?

Urman: No, our show’s not straight. She was a fan of the show so we pitched her the storyline that Rogelio considers her his nemesis. So that’s not straight. We’re having fun certainly.

Rotten Tomatoes: Is there a chance she might sing for you?

Urman: She’s not singing on the show. She comes to the Marbella for a specific reason and then the story explodes from there.

Rotten Tomatoes: What is Petra going to do with the lost sample of Rafael’s she has?

Urman: She makes a choice in the first episode, so we’ll see.

Rotten Tomatoes: That’s something. At least she’s not hanging onto it for a while and pondering.

Urman: That’s not our storytelling style. There’s only so many things you can do. She can use it, she can blackmail him, she can give it to him, or it could go bad, so one of those things. 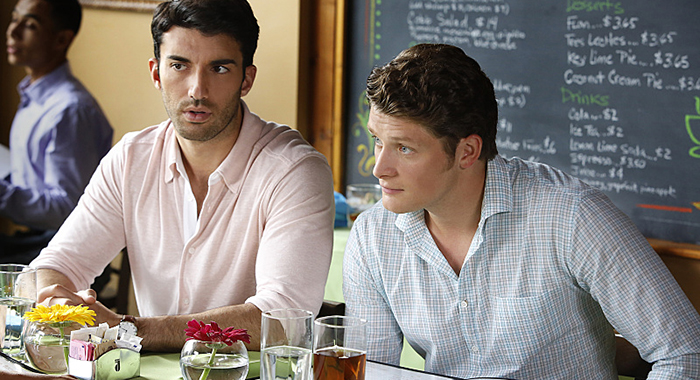 Rotten Tomatoes: Do you have plans to reveal Sin Rostro’s face?

Urman: Oh, we have big Sin Rostro plans. We’re going to get into Sin Rostro’s backstory a little this year I will say, so some things will be revealed. How did Rose become Sin Rostro? We will do some flashbacks to when Rose was married to Emilio, Rafael’s father. We’ll flash back to that period, but you’ll also learn a little bit about her past. Who was she before she was Rose.

Rotten Tomatoes: Have you been given more license to embrace the telenovela aspect even more?

Urman: I feel like we had full license last year. We have our line and we try to stay on it. We’ve had a lot of freedom. They’ve liked what we’re doing so they just said, “Keep doing” and we’re doing it. We just try to dig as much out of the telenovela format and tropes as we can.

Rotten Tomatoes: You have a great way of not just doing the recap but mid-episode, reminding viewers who the characters are. Was that very natural?

Urman: I started typing on the screen when I started editing the pilot, came up with that vocabulary. The more we liked it, the more we started using it. I just now, if there’s any bit of confusion, will type someone on and put an arrow, or who hearts who. We have a big complicated canvas so it helps to keep people up to date and invested and not confused, because the stories move so quickly, I don’t want people being like, “Wait, who is that?” Because you’re going to miss three lines. So I want them to know, that’s his father and so on. 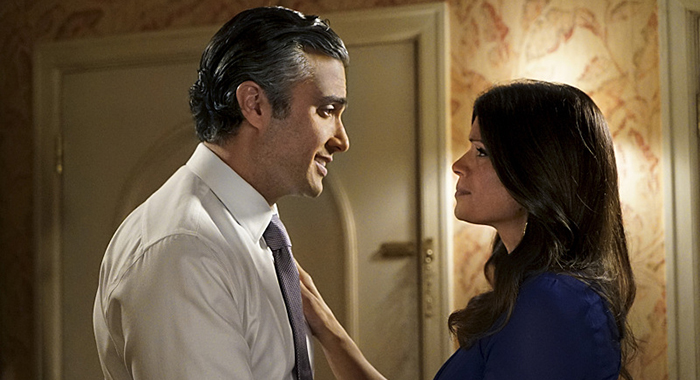 Rotten Tomatoes: We assume everyone has seen the whole first season, or will binge it over the summer, but if they don’t they can still jump in, right?

Rotten Tomatoes: Has Gina kept her energy up?

Urman: Yes. Not flagged for a minute and I saw her last night. She was just like, “I can’t wait to go back!” Vibrating with energy. Amazing.

Rotten Tomatoes: Each episode is a chapter. Have you ever considered having two chapters per hour?

Urman: No. Definitely not. I think that’s just part of our format. I really like the idea of telling a little bit of a closed-ended [story]. In every chapter, something will happen to advance, change, and leave you in a different place. I think “chapter” is conducive to that.

Rotten Tomatoes: Was shooting the season finale on a bus a tough shoot?

Urman: It wasn’t. Gina’s such a pro so she does it. The tough stuff is sound and having to ADR stuff afterwards because we have a loud bus, but Zetna Fuentes did the finale. She’s just an A-plus director. She’s awesome. You live and die by how prepared directors are and how in control they feel. She wasn’t anxious about it at all so I wasn’t either. 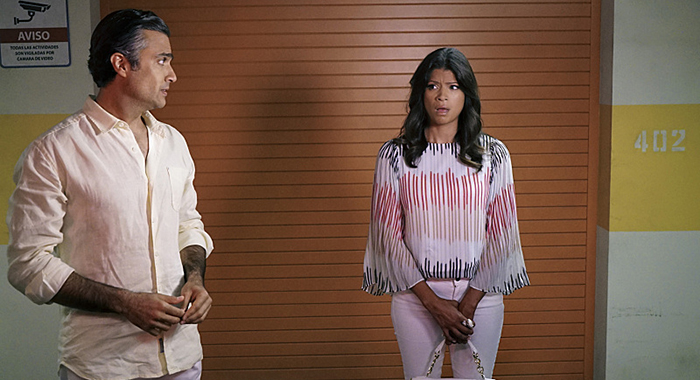 Rotten Tomatoes: Are you already thinking ahead to season three for planning purposes?

Urman: Yes, yes, yes! Because, I mean, you hope you get there, knock on wood. We’re arcing out a season, so the way that this season ends, you have to make sure that you know where you’re going or else you would end with a crazy thing. Part of breaking that is launching stories for the third season.

Rotten Tomatoes: I just can’t imagine how you come up with all of those stories.

Rotten Tomatoes: Do you have a bulletin board with strings and yarn connecting different pins?

Urman: We don’t. We have a very detailed white board and a detailed bible, but, honestly, I spend so much time with Jane, I know their histories.

Rotten Tomatoes: Where are you on show night when it airs?

Urman: Usually I’m in my house, tweeting and writing and editing. Sometimes I’m in the editing room. 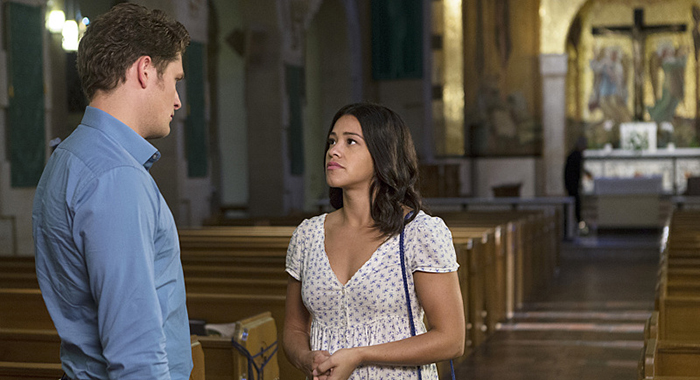 Rotten Tomatoes: What’s been the biggest surprise about this whole Jane experience?

Urman: I think just the critical reception is really surprising. We didn’t expect it and it was awesome.

Rotten Tomatoes: Are you basking in it?

Urman: I think we did. I think we did bask in it last year. We were just so happy. Then it’s just on you to keep delivering. I think we’re out of the basking phase. You don’t have time to do anything when you’re running a show. There’s no time for basking. You’re just working. You take a moment and you’re so happy, and then you’re working more.

Rotten Tomatoes: The pace of a Jane the Virgin episode is so fast. How fast-paced is the set?

Urman: We shoot between 50 to 80 [setups] an episode which is an enormous amount in seven days. Literally, you’re on your way to the bathroom and they’ve already turned around. Our crew is just incredible. People are stunned. Directors come in and they get what they have to accomplish and they’re like, “How is this possible?” I always say, “Don’t worry. Our crew is so fast, you’re going to be shocked.” They’re all like, “Uh-huh.” Without fail, they’re like, “Oh my God, this is a fast crew.” There’s just hardly any downtime on set. They are moving!

Jane the Virgin premieres tonight, Monday, October 12, on The CW at 9 p.m.