Shock-rock filmmaker Rob Zombie recently sat down with MTV’s Movie Department and shared a whole lot of thoughts and ideas regarding his remake of John Carpenter‘s "Halloween." When touching upon the subject of who’d be playing Dr. Loomis, Zombie rattled off a few names like Jeff Bridges and Ben Kingsley. (Great choice on the first one; not so much on the second.)

From MTV: ""I felt the character of Dr. Loomis just popped in and out when they needed somebody to say something dramatic," Zombie observed. "I wanted his story to feel more intertwined with Michael in a way that means something, which they did in the original, but sometimes it feels like he disappears for a long period and then just pops up to go, ‘He’s evil!,’ and then he disappears again for a while."

Zombie’s eyes light up as he talks about casting his Loomis, and names ranging from Jeff Bridges to Ben Kingsley turn up on his very, very loose "what if?" list. "There is no shortage of late-50s, early-60s male actors that are amazing and would like to work more, probably much like Donald Pleasence at the time [he was cast as the original Loomis]," Zombie said."

Click here for the full article, which is rather meaty and quite excellent. 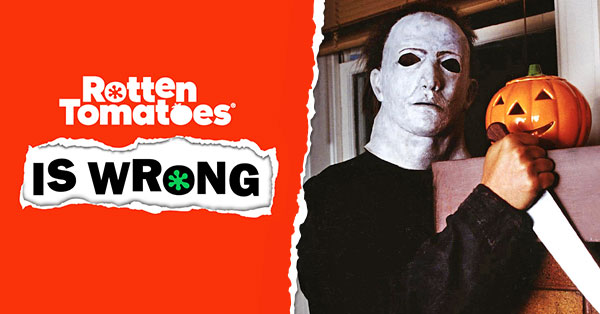 “Rotten Tomatoes Is Wrong” About… The Halloween Franchise