This week in TV news, Empire drops two new songs, while Arrow shows off Diggle’s new custome. Plus, Netflix is giving Rosario Dawson more to do in the Marvel Cinematic Universe, and Hulu is offering subscribers an option to watch ad-free! 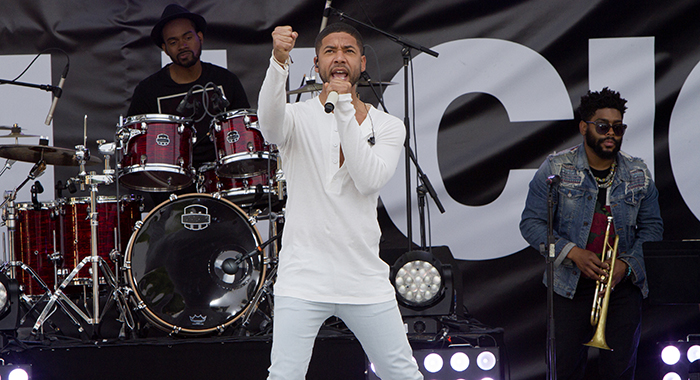 When Fox’s hit music series Empire released the soundtrack for season one in May, it debuted at number-one on the Billboard 200 — and now it looks as though the Lyons are hoping to do the same thing for season two. Two songs, which will be on the new soundtrack when it drops later this year, were released by 20th Century Fox TV, Fox, and Columbia Records Thursday in anticipation of this fall’s Empire premiere. The first, “No Doubt About It,” is performed by Empire star Jussie Smollett (who plays Jamal Lyon) and the real-life Mr. Worldwide, Pitbull, who co-wrote the song with hip-hop star Ne-Yo. The second, “Ain’t About the Money,” is performed by Smollett and co-star Bryshere Y. Gray, who plays Jamal’s brother Hakeem. Season two of Empire starts Wednesday, September 23, at 9 p.m. on Fox.

ROSARIO DAWSON IS HEADING BACK INTO THE MARVEL CINEMATIC UNIVERSE 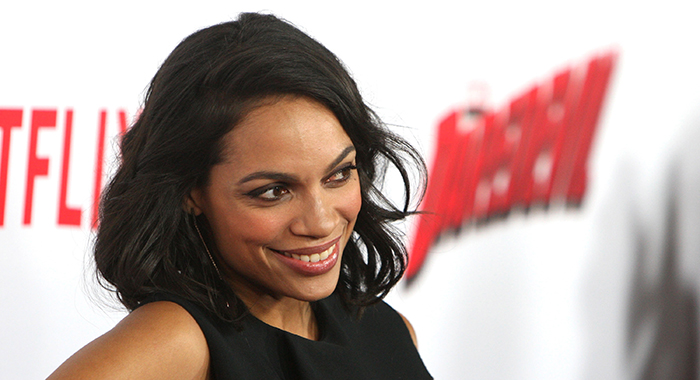 Rosario Dawson, whose next move as Claire Temple was left unclear at the end of Daredevil‘s first season, will step back into the Marvel Cinematic Universe in the upcoming Netflix series Luke Cage, coming in 2016. In the comic books, Claire is romantically involved with Luke, who will be played by The Good Wife‘s Mike Colter (and both stars will appear in Netflix’s upcoming Marvel series Jessica Jones). Also heading to Luke Cage is Sons of Anarchy star Theo Rossi, who is reported to play series villain Shades aka Alvarez, a well-known street criminal. 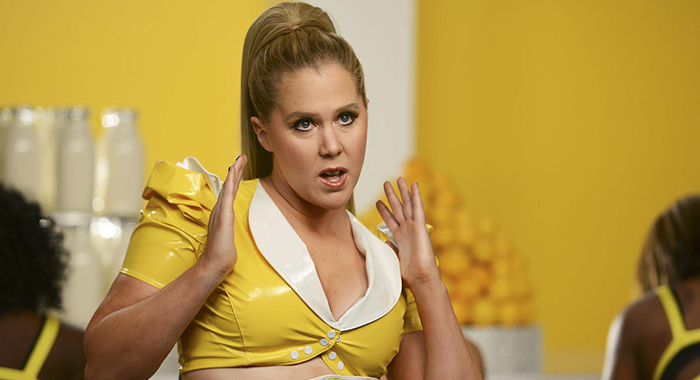 As of Wednesday, Hulu subscribers who don’t want to sit through ads can pay a little extra for a commercial-free service. Hulu now offers two different tiers of streaming — an ad-supported service with commercial breaks which cannot be skipped for $8 a month, and an ad-free service which will cost subscribers $12 a month. “You can split people into two categories: ad avoiders and ad acceptors,” Hulu’s chief executive Mike Hopkins told the New York Times. “There are clearly people who just are not going to buy Hulu because there are ads. We think we can bring them back into the fold with new content and this new choice.” Hopkins also noted that it was social media’s response to watching commercials while streaming old episodes of Seinfeld that inspired the change. Hulu’s biggest competition, Netflix (which starts at $8 a month) and Amazon Prime (which costs $99 a year and also includes free two-day shipping) both already offer ad-free streaming. 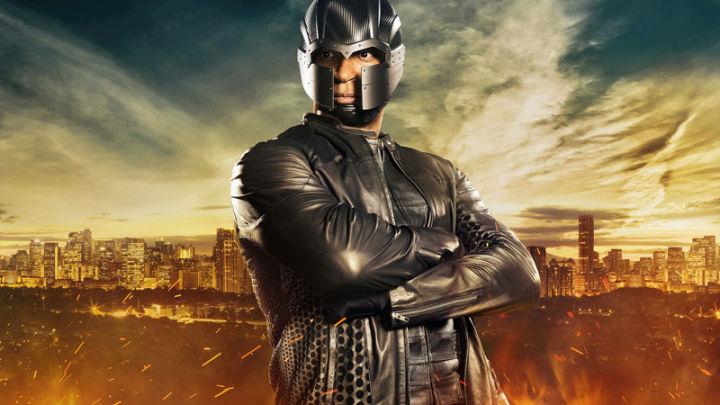 Arrow star David Ramsey will be sporting a new costume when the series returns for its fourth season on October 7 at 8 p.m. on The CW. Newly outfitted in a cool leather jacket and sleek protective helmet, John Diggle will be dressed to impress as he prepares to defend Star City. Diggle’s not the only one on The CW with new duds. Stephen Amell who plays Arrow’s titular superhero will also debut a fancy new costume in the season four premiere. And Grant Gustin will show off Barry Allen’s new threads when The Flash returns for season two on October 6 at 8 p.m. on The CW.