Disney just announced a new trilogy of Star Wars movies -- here's where we think they can go in the galaxy.

Updating their long-term release schedule on Tuesday, The Walt Disney Company revealed one key detail about the future of Star Wars: a trio of films will arrive across the decade. The release dates slot untitled Star Wars films for the Christmases of 2022, 2024 and 2026. And unlike their ambitious plan to release a new Star Wars film every year in the wake of Star Wars: The Force Awakens success, a bi-annual cycle appears to be the amount of Star Wars moviegoers will accept.

But at the same time, Star Wars: The Rise of Skywalker claims to be the end of the Skywalker Saga began in 1977’s Star Wars. If that is the case, what will the 2020 story cycle be and who are the creative participants behind it? We have some guesses gleaned together from various announcements. We also have one or two ideas we have to call “wishful thinking.” But let’s take a look at the places Star Wars could go in the 2020s. 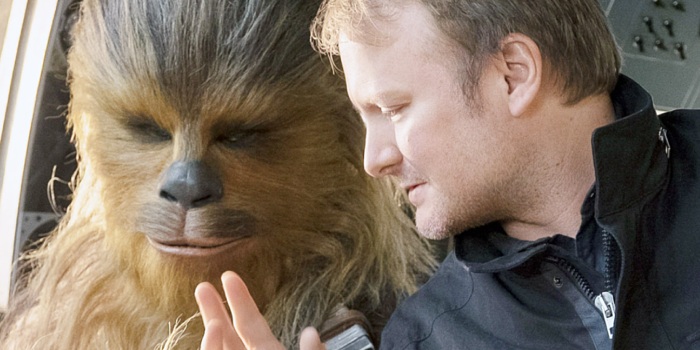 Shortly after the departure of The Rise of Skywalker’s original director, Colin Trevorrow, many speculated Star Wars: The Last Jedi director Rian Johnson could pick up the slack and make Episode IX. He quickly dispelled this notion, stating he had no interest in making that film. Looking back on it now, we bet this was because he was thinking about the trilogy of films he and Lucasfilm were already discussing.  In November 2017, the plan was formally announced. Johnson would write and direct the first film and then hand off the heavy-lifting to a new group. The initial press release also stated the trilogy will “introduce new characters from a corner of the galaxy that Star Wars lore has never before explored.” That could mean anything from a story about droid manufacturing to a nature documentary about Porgs.

Very few details about his plans have emerged in the time since. The only significant rumor to surface centered on whether or not it is still happening at all. In February, Johnson took to Twitter (“I’m still working on the trilogy”) to dispel the rumor, dashing the hopes of Last Jedi haters everywhere.

Nonetheless, the lack of any other updates indicates the trilogy may be further off in the distance than anyone wants to admit. Johnson is still hard at work on Knives Out, his Daniel Craig-starring Last Jedi follow-up set for a November 27th release. Presumably he will return to the galaxy far, far away after that.

David Benioff and D.B. Weiss Launch Their Own Fleet 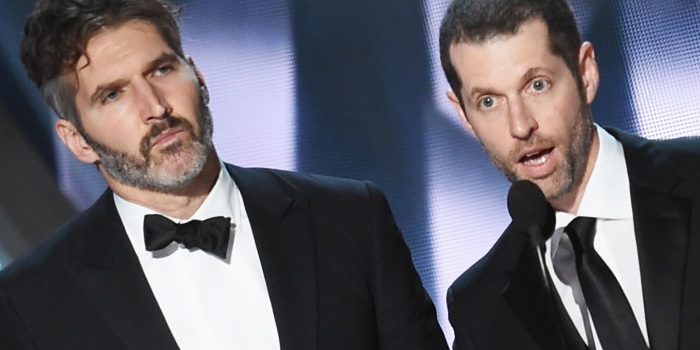 First announced in February of last year, a series of Star Wars films from Game of Thrones executive producers David Benioff and D.B. Weiss is on the way. It is unclear if they will claim the 2020s release dates, but after completing Thrones, Star Wars is their next job. The series will be separate from both the Skywalker Saga and the Johnson Trilogy. In fact Lucasfilm avoids the word “trilogy” when discussing their plans, indicating Benioff and Weiss will supervise more than three films.

Rumors also indicate their story will take viewers back to an ancient time in the Old Republic before the Sith clouded the judgment of the Jedi and the government was stable. Sure, it sounds tranquil and dull, but even the most peaceful eras of the Republic still featured wars, unrest with certain planets, and ambitious Darths hoping to seize control of everything. Palpatine (Ian McDiarmid) was not the first Sith Lord to scheme on that scale – just the most successful.

And while it might seem a more primitive version of the Star Wars galaxy would be a good fit for the Game of Thrones boys, it should be noted the universe of Star Wars is oddly stagnant in terms of technology and fashions. Maybe “DnD” — as some GoT fans call them — will shake up that perception and redefine the look and feel of the Old Republic era.

The rumors also suggest the first film in their series will be ready to shoot soon, making this the most likely the project to claim the 2022 release date.

A Mixture of Those Two

Considering Lucasfilm president Kathleen Kennedy’s comments about “the next ten years of Star Wars,” it is possible the Johnson and DnD plans will run concurrently with the first Benioff/Weiss film claiming the 2022 slot, and Johnson’s debuting in 2024. The two story cycles would then leap-frog the bi-annual release dates until 2032 when Johnson’s trilogy would presumably end. Such a schedule would prevent the audience fatigue which plagued Solo: A Star Wars Story from seeping in, but will viewers want to wait four years between chapters?

Continuing the Story in Episode X and Beyond 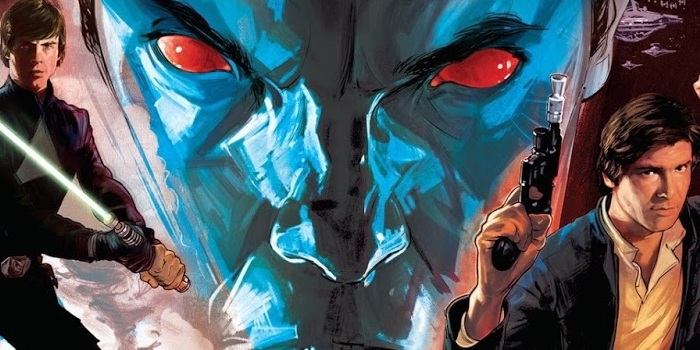 Yes, we’ve been told repeatedly that The Rise of Skywalker will be the end of the saga pictures. But we were also told Star Wars: Episode III – Revenge of the Sith was the final production, making Return of the Jedi the final episode of the story. The precise placement of “the end” has been a topic of debate since creator George Lucas first began discussing his plans for the series in the late 1970s. The 9-episode cycle was the most talked about version of the idea – at least until Lucas started making the Prequels and said the Saga would only be 6 episodes – but some of the earliest interviews indicated a 12-episode plan. That bare shred of an idea could justify a continuation of the mainline series.

And, to be honest, it’s not hard to imagine another trilogy set 30 some years after The Rise of Skywalker. It is a time with no Jedi and no Sith. An age of smaller republics (and empires) coexisting in an uneasy detente while Force-sensitive people continue to help where they can. Some may form tight-knit, Jedi-like cells while others operate independently. But with the old hierarchies gone, people throughout the galaxy try to live their lives without the worry of another pan-galactic war. Throw into this scenario a new menace and you have something familiar and new because all of the old terminology and symbols are gone. While we’re at it, make the new menace something not in tune with the Force at all. Sure, we’re reaching back to the role Admiral Thrawn had in Timothy Zahn’s 1990s novel cycle, but there’s a reason that character remains an enduring figure.

While unlikely, Disney and Lucasfilm can always find a way to do this. And if not in the 2020s, then in the fullness of time.

Adapting Knights of the Old Republic 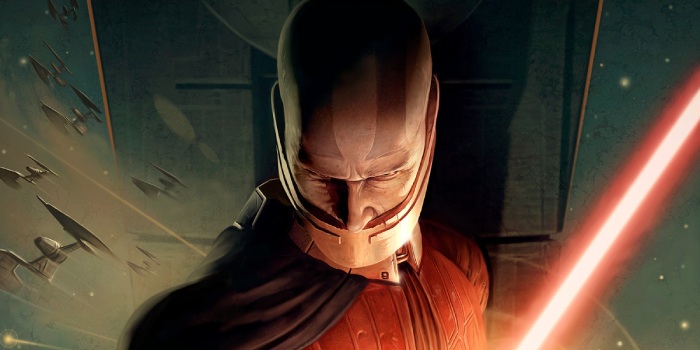 File this one under wishful thinking, but we would love to see a proper film adaptation of Bioware’s Knights of the Old Republic video game series. With strong characters like Darth Revan, Bastila Shan, Canderous Ordo, and G0-T0 – to say nothing of the beloved assassin droid HK-47 – there’s plenty to work with. And, as it happens, a KOTOR film trilogy could do something the video games never did: end. A potential KOTOR III teased the return of Revan as he faced off against “The True Sith.” But as Bioware became more invested in its home-grown series Mass Effect and Dragon Age, Revan’s fate became material for the company’s Star Wars: The Old Republic MMO, a different style of game which could never replace a real KOTOR III.

And as all of the Star Wars video games sit outside of official Lucasfilm continuity, the characters and situations could be molded to fit the needs of the right filmmakers.

Considering Benioff and Weiss’s familiarity with adapting established material, this could be the backbone of their planned film series. But then considering how the concluding chapters of Game of Thrones are being received, maybe its best they avoid this story for another tale of the Old Republic. 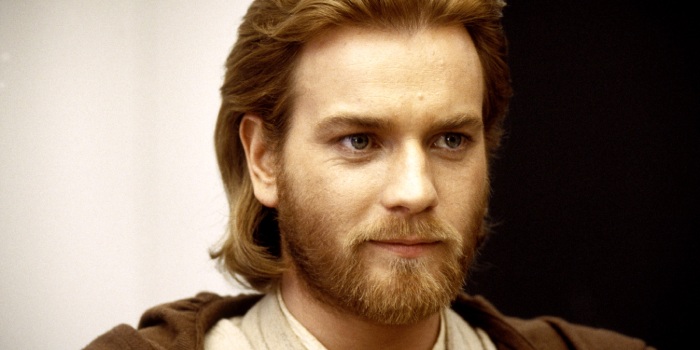 Plans for A Star Wars Story films based around Boba Fett and Obi-Wan Kenobi seemingly evaporated after Solo underperformed. But Lucasfilm never throws an idea away and it is always possible for the Star Wars anthology format to return in some form. Even before the concept had a name and the company joined the Disney stable, there were plans to develop a feature film centered on Yoda and whatever incident left Palpatine and Darth Maul looking for revenge in Star Wars: Episode I – The Phantom Menace. These sorts of side stories are clearly of on-going interest to Lucasfilm.

If paced properly – say every two years – films centering on established characters or briefly mentioned incidents in mainline Star Wars films could find an audience. And who wouldn’t want to see Ewan McGregor back in his Jedi robes and having a solo adventure sometime before he rescues Luke (Mark Hamill) from Tusken Raiders?

At the same time, the response of Solo is also a key indication the fans want these stories to remain in the purview of comics, novels and animated series. It is a fair compromise, indicating the return of A Star Wars Story is the least likely way Disney will use its Star Wars release dates through the next decade.