In "Something We Need," the TWD drama ramps up ahead of the season 7 finale. 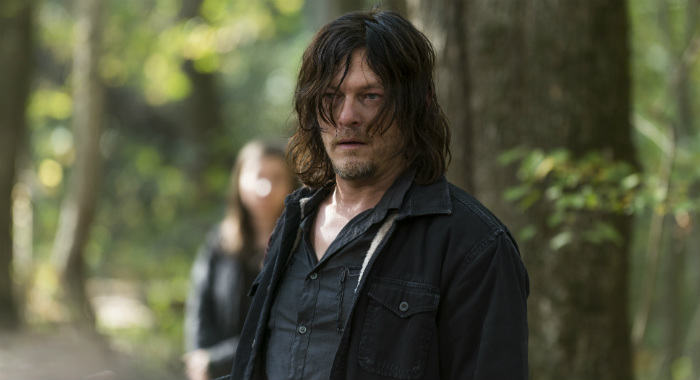 It’s almost go time. In the penultimate episode of The Walking Dead’s seventh season, titled “Something They Need,” Rick (Andrew Lincoln) and the rest are preparing for the epic battle against Negan and the Saviors, while we see what happened to Sasha in the Sanctuary. Plus, the Alexandrians find a surprise supporter of their cause. Fans took to Twitter share their thoughts.

SPOILERS AHEAD! STOP HERE IF YOU HAVEN’T SEEN SEASON 7, EPISODE 15 OF THE WALKING DEAD.

LISTEN, TARA HAD TO TELL RICK ABOUT OCEANSIDE

You knew it had to happen. They’ve got a crapload of guns, and Tara (Alanna Masterson) had to break her promise. Off Rick and the gang went to grab the weapons and ammunition with hopes they didn’t have to kill anyone to do it, all while perhaps convincing the women to join the fight.

Leader Natania (Deborah May) didn’t want to fight even though many of the others did, but they wouldn’t buck Natania — not yet, anyway. Still, people enjoyed the Alexandrians’ take-charge approach.

#TWD through the #Oceanside Scene I was waiting impatiently for Tara @AlannaMasterson to give that little girl the bird!!! BAM it happens.

Oh, and we loved the barnacled zombies on the beach – as did the fans. 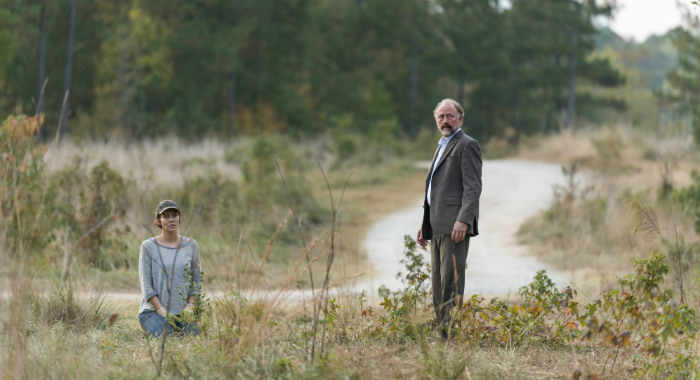 Maggie (Lauren Cohan) was definitely emerging as the leader of Hilltop, and Gregory (Xander Berkeley) wan’t too keen about it. But to actually stab her in the back while she wasn’t looking? Oh, hell no.

Gregory sneaking up on Maggie with that knife trying to kill her got me all like… #TheWalkingDead #TWD @dogmagayle @promopeace @kcole2346 pic.twitter.com/w7hHYiN75l

Gregory wussed out, of course, and then needed her help when he was attacked by a walker. Please. No one likes that idiot.

Me laughing at Gregory trying to kill that Walker and screaming for Maggie hollering please help me……….#TheWalkingDead pic.twitter.com/SVIpNRTs5o

VIEWERS LOVE SASHA, THOUGH — AND EVEN APPLAUD NEGAN 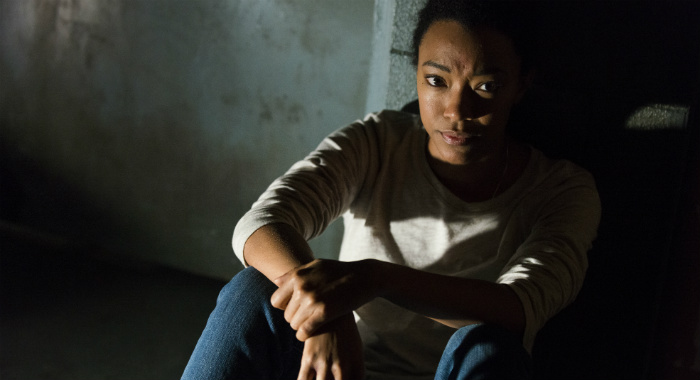 Unfortunately, Sasha did not succeed. Instead, she was captured. Thing is, Negan actually did something good for once when he thwarted a rape attack by one of the Saviors guarding Sasha — and then killed the guy for breaking the rules. Fans felt conflicted over the major moment.

when Negan lays the law on rape better than our government #TheWalkingDead pic.twitter.com/XzmRqfq4DM

Negan is a barb-wired bat yielding psycho, but he still has some morals. You attempt rape, you get a knife in the throat. @WalkingDead_AMC pic.twitter.com/z1g1STGxKt

COULD SASHA JOIN THE SAVIORS?

Negan also admired Sasha’s “beach ball-sized lady balls,” as he is wont to do, and offered her a spot on the Savior team. Eugene (Josh McDermitt) came to visit her and explained he’d gone full Negan because the coward felt safer being under Negan’s wing. Then he tried to convince Sasha to do the same. As if.

Hearing Eugene trying to convince Sasha to join the saviors got me like….. #thewalkingdead #walkingdead #twd #TheWalkingDead pic.twitter.com/njY1f6roKh

Sasha played Eugene to try to get him to bring her a weapon to “kill herself.” He brought her a poison pill instead. Wah-wah.

THEN THERE’S THAT LAST SCENE 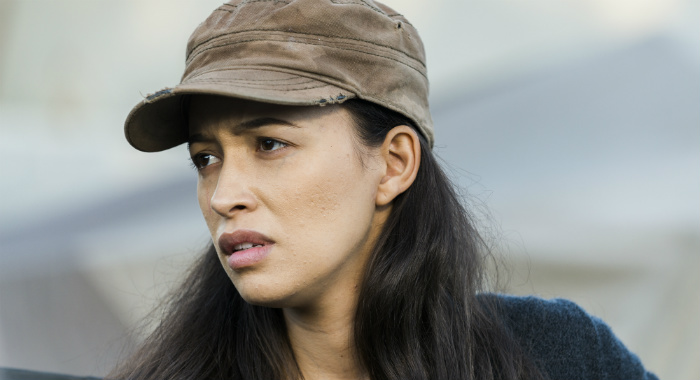 Fans dug the fact Rosita returned to Alexandria and brought a very important ally with her: Dwight (Austin Amelio). Actually, we weren’t all that surprised Negan’s right-hand man was willing to be a turncoat, even if Daryl is wary.

These last few minutes of the show always have me like…. #TheWalkingDead @WalkingDead_AMC pic.twitter.com/4fTDaj7KcF

We can’t wait to see how it’s all going to shake out in next week’s extended season 7 finale of The Walking Dead.

The Walking Dead airs Sundays at 9 p.m. on AMC 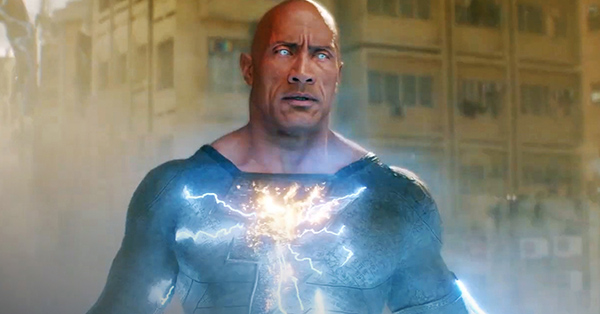