The rising star of Mid90s reveals his taste for modern horror, and obsession with an animated classic.

Sunny Suljic’s discovery story is one straight out of Hollywood fantasy. Suljic, now 13, was skating at his local skate park, Stoner Skate Plaza in Los Angeles, when Jonah Hill plucked him out from the crowd to chat to him about his directorial debut, Mid90s, the story of a young California teen who finds real friendship in a group of older skaters. Hill was there with Mid90s co-star Lucas Hedges, scouting for talent for the lead role of Stevie, and saw something instantly in the pint-size Angeleno. “He had the exact quality I was looking for which was someone who was very young for their age but who was 10-feet-tall inside,” Hill told the AP. As luck would have it, Suljic was actually already in the acting game, having starred in a number of small films and alongside Nicole Kidman in Yorgos Lanthimos’ The Killing of a Sacred Deer. He had the “it” factor and, it turned out, the experience.

Suljic spotted something in Hill, too: authenticity. Talking with Rotten Tomatoes, Suljic said, “Jonah’s been skating his whole life, not too many people know that.” The young actor said that experience helped in putting the film together. “You have to be a skater to actually make a skateboarding film. I don’t know anything about basketball, and I can’t make a basketball film or it’s gonna be corny. I think the same thing with skating, and a lot of people mess that up. Jonah did a great job [on the film]. It was really realistic.”

Ahead of Mid90s’ wide release this Friday, Suljic told Rotten Tomatoes about his Five Favorite Films – none of which involve skateboarding. 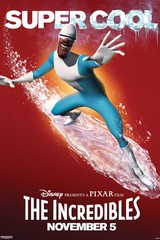 And then, years later, I saw a trailer for Incredibles 2, but it was like a sneak peek – it was Jack-Jack the baby showing his superpowers for a second, like five seconds. It was a five-second trailer and I was like, “No way!” I was so excited. And then I saw Incredibles 2 and it didn’t really have the same plot, it didn’t really relate to the first one. But those, the The Incredibles and Incredibles 2, are my favorite animated films.

How many times have you seen the first one.

I can’t count. I’m not exaggerating. I’ve probably watched it like 40, 50 times. Especially once I knew that Incredibles 2 was coming out, I had to watch it another 10. 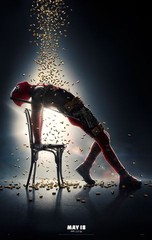 One hundred percent! I think it’s one of my favorite films. That’s like top three, probably. But yeah, Deadpool 2… Oh my God. Deadpool was amazing, but then Deadpool 2 … I don’t usually like superhero movies, but I love Ryan Reynolds’ sarcasm and the way he delivers everything. I loved all the characters and I loved the plot, and I would just love to work with Ryan Reynolds. Ryan Reynolds is crazy.

Is this you saying, “Ryan Reynolds, if you’re reading this, and Deadpool 3 is coming out …”

I think Deadpool 2 just doesn’t play out as a superhero movie. I’m not talking smack, I mean, I watch superhero movies, but it’s not a generic plot, it’s not the nerdy kid that likes this girl and then he gets superpowers and then she’s attracted to him, you know what I mean? 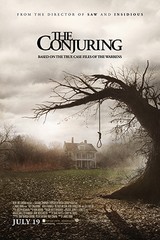 A lot of scary movies usually just [feature] a bunch of pop-ups, which is pretty scary, but I don’t really think it’s that scary – it catches you off guard and you’re just shocked. But with The Conjuring it’s actually creepy stuff. And they have a lot of things that I have phobias of.

It all piles up. It’s not just like, “Ooh that was scary for a second!” It’s like “Oh my God, that’s so scary!” and then it keeps adding on. It’s not a pop-up and then in another 20 minutes it’s going to be another pop-up. It’s: “Why is she still walking towards me? And why is it still getting more intense?” 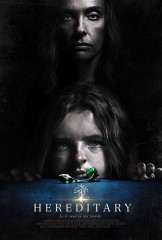 I don’t want to spoil it for anybody, but I think I will, and I’m sorry.

I love that movie. It kind of reminds me of The Conjuring. I just watched it recently. I can’t really speak on it because half the movie I was closing my eyes. It was one of the scariest movies. But the build-up in it and when the little girl goes: [he clucks]!

And then there’s the telephone pole scene. [Spoilers for Hereditary ahead.]

I was just about to say that! Oh my God! Like, that is not something you expect but it was so scary. The kid is at the party, and his little sister is actually cute and she’s just walking around and then she’s just super vulnerable. And the kid goes upstairs and is like, “Go get some cake,” and she’s like, “alright,” and she goes and gets cake. And she’s allergic to peanuts and he knows there’s peanuts in there. And the kid’s already high, like smoking. And she’s having a really bad allergic reaction. So they’re going super fast driving to the hospital and next thing you know she’s sticking her head out so she can breathe better. And her head completely falls off, she gets decapitated right away! And I just see her head come off and was like, “What the f–k?”

I had to replay it two or three times because I was like, “No way.” That’s really scary. And then he has like nightmares and bad thoughts on it. I think that was the scariest movie I ever watched in my life. Definitely. 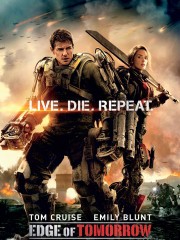 I’m not a big fan of action movies. I usually like dark movies, but that action movie was definitely one of my favorites. One of the top five. I love Tom Cruise, I love a lot of his films. And Emily Blunt, she played such a tight role. That movie is crazy. A lot of people actually try to make movies like that, where they re-live events until they correct it. It was almost like a movie that’s so insane that it can be realistic. I feel like, for some reason, I could put myself in those shoes. Like, “Whoa, this movie could be real,” you know what I mean?

Mid90s is currently in limited release. It is in theaters everywhere October 26.