The Five Buzziest Films at the 2019 Telluride Film Festival

Renee Zellweger returns as Judy Garland, Ford takes on Ferrari, and Adam Sandler makes an awards play with help from the Safdie Brothers.

by Jacqueline Coley | August 30, 2019 | Comments
With the release of the 46th annual Telluride Film Festival lineup, the fall festival schedule is officially in full swing. The official kick-off was early this week, with the glitzy galas of Venice International Film Festival, but don’t knock the scrappy little Colorado fest. Telluride is just as vital in the fall film landscape, and comes with just as prestigious a reputation. Adhering to a strict ‘films first’ mantra, the festival, nestled deep in mountains, boasts buzzy premieres and entices many an A-lister to make the trek and speak with attendees about their craft. Only at Telluride can you grab a coffee between screenings and chat up Martin Scorsese, Adam Driver, or Renee Zellweger, all of whom will be in attendance this year.

But again don’t let the rustic, laid-back vibe deceive you: This little town without stoplights is where eight of the last 10 Best Picture Oscar winners made priority stops on their way to awards-season accolades. And this year is no different. Cannes prize winners A Portrait of A Lady on Fire and Parasite will hit the mountains, while several films with hefty Oscar buzz will make their world premieres. The awards season pool is growing, and shrinking, a little each day. Here are our five most anticipated films from Telluride Film Festival just before the premiere start tonight and things really heat up.

Renee Zellweger is back and we couldn’t be happier. This weekend in Telluride attendees will get their first glimpse of Zellweger as the tragic starlet Judy Garland. Telluride is also honoring the actress with a tribute that will run before several screenings of Judy. After a string of sometimes downright nasty media coverage over the last few years, many are thrilled that Zellweger has reemerged better than ever in this second act of her storied career with two very different projects. Earlier this year she played a femme fatale Gordan Gecko type in Netflix’s What/If, and this week at Telluride we see her take on one of the world’s most beloved singer-actresses – a role which has already put her in the conversation for Best Actress after the first trailer dropped.

A world premiere for James Mangold’s Ford v. Ferrari is quite the statement for Telluride. As the fall lineup becomes increasingly more competitive, films with mega-watt stars and masses of buzz are still jockeying with similar titles at just about every festival stop. Perhaps this is why the Matt Damon/Christian Bale drama chose to skip the Venice Film Festival (a logical stop most years) and come straight to Telluride; the move makes the racing movie one of the biggest films of the program and one of the hottest tickets. The film chronicles the true-life tale of how the Ford Motor Company worked tirelessly to build a car that could beat racing powerhouse Ferrari at the 24 Hours of Le Mans race in 1966. Damon plays famed Ford car designer Carroll Shelby and Bale is behind the wheel as racing legend Ken Miles. If we trust the first trailer, this could well be a funny, fast-paced adventure and a perfect awards launch pad or Mangold, Damon, and Bale.

The only previously screened film to make our list, Marriage Story is still one of our most anticipated films of the year. And the early reviews on Noah Baumbach’s semi-autobiographical feature from Venice have done nothing to quell our expectations; if you can believe it, they’ve raised them. The movie tells the story of a bicoastal breakup and has been described as a modern-day Ordinary People mixed with a dash of Kramer vs. Kramer; it’s said to be poignant, intimate, and – like so many other Baumbach films – full of big laughs and tears. Speaking to IndieWire in July, the While We’re Young director confessed the film defies categorization: “[Marriage Story] is a hidden thriller, a procedural, a romantic comedy, a tragic love story. I felt like this was a subject that could handle all those things.” Recently released dual trailers show a film that looks be a story without villains; as Robbie Collin of The Daily Telegraph put it: “Marriage Story may often resemble a tug of war between its stars, but it’s on both of their sides.” 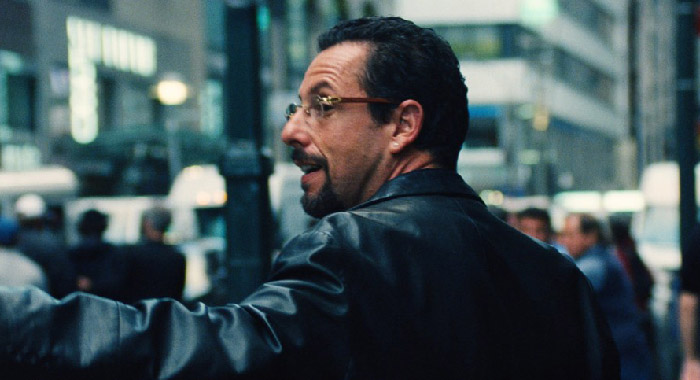 Adam Sandler plus the Safdie Brothers looks to be a match made in cinematic heaven, and we’ve highlighted Sandler’s performance as one our early picks for Best Actor. (After Robert Pattinson hooked up with the Safdies for Good Time, he was finally able to shed the stigma of his years portraying a sparkly vampire.) Though some may be skeptical of the critical reception given Sandler’s recent filmography, it’s worth noting that when Sandler teams up with indie directors, good things happen. The Meyerowitz Stories (New and Selected) earned the former SNL star his best reviews in years, and Paul Thomas Anderson’s indie darling Punch Drunk Love scored Sandler his first Golden Globe nomination. In Uncut Gems, Sandler plays a celebrity jeweler from New York’s famed “Diamond District” who is suddenly thrust into a race-against-the-clock-thriller to get back his merchandise or pay off his debts when one of his couriers is robbed.

The last time Eddie Redmayne and Felicity Jones paired up for a film they were both nominated for Oscars – and he won one. Period adventure The Aeronauts, which reunites The Theory of Everything co-stars, is one of the quieter releases playing Telluride, but we are more than little intrigued about the based-on-true-life tale of hot-air balloon adventurers James Glaisher and Henry Coxwell’s famous 1862 flight. Tom Harper, the Peaky Blinders director, is having a great couple years – his Wild Rose earned raves – and we have hopes this dark horse contender can bring the goods.

The Telluride Film Festival runs Aug. 29-Sept. 2. The official selection for the festival can be found here. 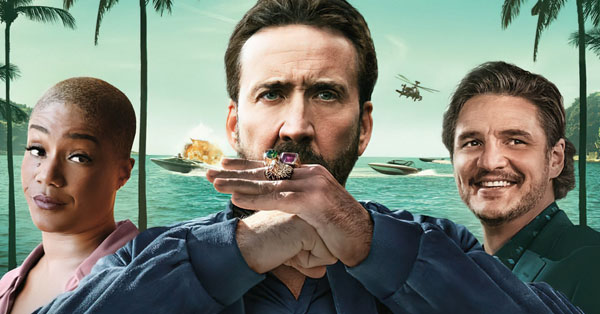