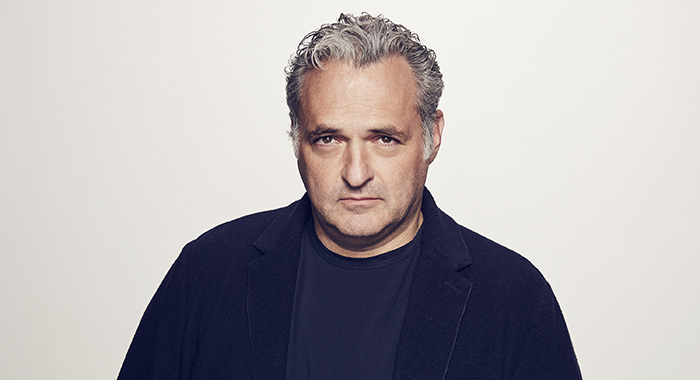 From Dexter’s Laboratory and The Powerpuff Girls to Samurai Jack and Star Wars: Clone Wars, Genndy Tartakovsky has been a staple of Cartoon Network programming from the mid-’90s to the mid-’00s, introducing children and adults alike to a type of animation that is as full of action and comedy as it is emotional and character-driven. 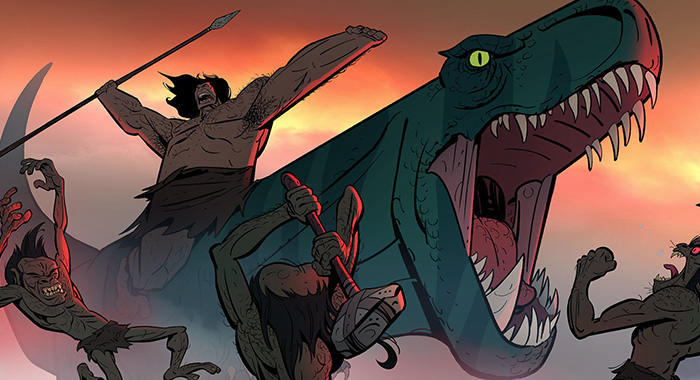 Now, the innovative animation creator is back with Primal, a bold new show for Adult Swim that feels both completely different from anything Tartakovsky’s done before and also like the culmination of an entire career. The show centers around a caveman who is forced to team up with a dinosaur in order to survive the savagery of the prehistoric world. It has absolutely no dialogue, and instead focuses on facial expressions and action for Tartakovsky’s latest experiment in visual storytelling.

Rotten Tomatoes recently spoke with Tartakovsky about the path that led him to his new show. The Primal creator reflected on how his previous series brought him to this latest artistic endeavor and revealed that Primal will have 10 episodes, with the remaining five airing some time next year.

1. TARTAKOVSKY KNEW HOW TO USE SILENCE TO TELL A STORY

Telling a story without dialogue or sound isn’t necessarily a new concept for animation, but the way Tartakovsky employed the device in this scene from Dexter’s Laboratory shows how he developed his technique for Primal. Whenever the newspaper boys are on screen, the show feels like a silent Japanese film, and the moment Dee Dee or as on frame, the show turns the volume up.

“It’s been around since old Warner Brothers or Tex Avery cartoons, so I don’t think I’m doing anything new,” Tartakovsky told Rotten Tomatoes. “There’s too much dialogue on animated shows nowadays, and I try to stand out by forcing you to pay attention through silence.”

It works — even the editing changes when the dialogue shuts off and we follow the newspaper ninjas, quickly going from the ninjas’ faces to their newspapers to the broken windows they leave behind. This use of silence follows Tartakovsky’s career, experimenting more and more with the lack of dialogue until we get a show that is completely silent.

“Primal was a direct reaction to the audience,” he explained. “When we did the last season of Samurai Jack, people loved the silent sequences, so I thought of constructing a story out of silence and eventually that turned into this idea about a caveman riding a dinosaur.”

Tartakovsky not only uses silence to make a audiences pay attention to the action, but he makes them wait for it too. Look at the video above of the first appearance of General Grievous in Star Wars: Clone Wars. Back then we didn’t know anything about the villain, but it only took a few seconds for him to become a menace worth being afraid of. In an episode that lasts less than 10 minutes, we spend a minute and a half building anticipation and dread between the time Grievous first speaks to the hiding Jedi and the moment he kills the first one of them.

“It’s always important to breathe in a sequence. We kind of build the action like a music sequence, and then we speed up or slow down accordingly,” Tartakovsky said.

In that scene, the fight with the droids starts out lightning-fast before slowing down to build anticipation through sound and rumble, then goes back to an explosive and fast-paced fight that already sells the formidable villain. In Primal, Tartakovsky builds anticipation through the introduction of more enemies. Any time our protagonists face a new threat, they stand off in silence before new threats appear, quickly building dread before the carnage begins.

3. EVERYTHING HAS A RHYTHM

By combining silence and anticipation with a powerful and rhythmic score, Tartakovsky manages to create dynamic set pieces that result in practically musical fights. One of the most talked-about fight scenes in Star Wars: Clone Wars is Mace Windu’s lightsaber-less fight against an entire droid army. Most of the sequence is devoid of all sound except sound effects and two droids saying “Roger, Roger.”

“A good action sequence is really like a good music sequence. There are ups and downs and there’s a natural rhythm,” he said. “Even when it’s just sound effects and no music it’s still rhythm and pacing.”

Even in a scene with no dialogue, like the fight with the droids, the sound of metal crushing under Master Windu’s punches seems to be following a pattern. The choreography, the camera, and even the editing follow suit to result in a symphony of carnage. Windu force-pushes, crunches, and punches dozens of droids like he is following a beat. Is the action a bit over-the-top? Absolutely, but it’s the show’s decision to go along with it and Tartakovsky’s refusal to repeat any attack or make any two punches look the same that make this one of the most memorable fights in the galaxy far, far away.

Primal does this a bit differently by foregoing the percussion of the music in favor of emotional scenes that counterbalance the savagery of what we are seeing on screen, as well as letting things linger longer than any of Tartakovsky’s previous shows.

Said the creator, “I wanted you to really live in the moment and feel more.”

4. SIMPLICITY IS OFTEN THE BEST WAY

Though Tartakovsky often features elaborate and choreographed fight scenes, he also lets the simplicity of an action scene speak for itself. Characters are at times simple silhouettes highlighted against a single-color background, like in the fight between Jack and the Six Daughters during Samurai Jack’s revival. Most of the fight occurs in the snow against an entirely white background, with multi-panel animation that gives the foggy fight more depth as the simple drawing of Jack runs and fights against what are essentially just shadows with swords and spears. It doesn’t look like much, but it communicates everything you wan to know about the fighters, their motivations, and their style of fighting.

“I think simplicity and clarity are key. I place the camera where I can read the action the clearest,” Tartakovsky said. “Same with color — the characters are either light with a dark background or the other way around. It’s all about being clear in the action.”

Whether it’s a Jedi fighting a killer cyborg, a samurai fighting a monster, or even a caveman fighting a dinosaur, Tartakovsky’s action is always clear to read and follow, which lets the viewer focus on the story being told.

Having gradually increased the amount of silent sequences in his shows and experimenting with rhythmic action storytelling and building anticipation, Primal feels in many ways like a culmination of nearly 30 years working in animation. The clip above tells you everything you need to know about the show. It’s violent, it’s bloody, it’s beautifully animated, and surprisingly, it is very emotional.

Tartakovsky has made emotional stories before, especially when it comes to Jack’s loneliness and loss in Samurai Jack, but he hadn’t combined that with action. There is an episode in Primal where a brutal fight happens, and though you know it was born out of a necessity to survive in a cruel prehistoric world, it is hard not to look at the action and feel a deep sadness for the loser.

“At it’s core, the story is about loss, death, and survival,” Tartakovsky said. “One thing we did differently in the action sequences is that I asked the composers to do emotional music instead. No matter how big the action is, the music is tragic, so as to connect a feeling that this is a very sad scene, rather than playing the big action.”

Music certainly plays a big role, and in a savage and brutal show, you shouldn’t be surprised to find yourself on the verge of tears.