One of the biggest blockbusters of the summer is available for streaming purchase this week, as well as a recently released thriller. On subscription services, we have the latest season of Doctor Who, a dark comedy starring Kristen Wiig, Jon Stewart’s farewell episode of The Daily Show, and more. Read on for the full list.

After defecting from a massive fortress called the Citadel with a group of concubines in tow, Imperator Furiosa (Charlize Theron) eventually joins forces with expert driver “Mad” Max Rockatansky (Tom Hardy). They’re pursued by a fleet of heavily armed vehicles, and a symphony of automotive mayhem ensues.

Kevin Bacon and Shea Whigham star in a thriller about a pair of teenagers who face dire consequences after taking a police car for a joyride.

Jemaine Clement and Regina Hall star in this romantic comedy about a New York graphic novelist struggling with singlehood and dating after he catches his girlfriend — and mother to their two daughters — cheating on him.

Asa Butterfield and Hailee Steinfeld star in this dramedy about a teen trying to reconnect with his father (Ethan Hawke) and adjust to life in the wake of a close friend’s death.

New on Netflix and Hulu:

After making his debut as the new Doctor in last year’s Christmas special, Peter Capaldi begins his adventures as the regenerated Time Lord in earnest in season eight of the hugely popular BBC series, available in its entirety on two of the biggest streaming subscription services.

Kristen Wiig and Tim Robbins star in a dramedy about a woman with borderline personality disorder who wins the lottery and proceeds to start her own talk show.

Zombies ravage the Australian Outback in this gory action flick, which pays homage to Mad Max and other Oz-sploitation classics.

FX’s Certified Fresh sitcom centers on a rude, self-absorbed LA writer and a cynical PR exec who meet at a mutual friend’s wedding and, contrary to their personalities, begin a relationship together. All of season one is now available to stream.

On Thursday, August 6, Jon Stewart bid farewell to the popular Comedy Central political talk show that he helped transform into an iconic program. Hulu has the touching final episode available to stream now.

Bilbo (Martin Freeman), Gandalf (Ian McKellen), and makeshift battalions of men, elves, and dwarfs must join forces to fight off an onslaught of orcs and restore order to Middle-earth.

In the first of Edgar Wright’s “Three Flavours Cornetto” trilogy, Simon Pegg and Nick Frost play slacker buddies caught in the midst of a zombie apocalypse.

Set in an alternate-reality South Africa, District 9 is the story of a group of aliens who have been quarantined and victimized by prejudice and hatred from human oppressors. But why? It turns out the aliens have something the humans want to get their hands on — weapons of war.

In Cameron Crowe’s romantic comedy, Tom Cruise plays an ambitious sports agent who must start from scratch after being fired. He successfully secures a loyal client (Cuba Gooding Jr.) and falls for his plucky new assistant (Renee Zellwegger).

Jeff Bridges and Robin Williams star in Terry Gilliam’s magical realist fantasy about a radio shock jock who befriends a homeless man on a mission to find the Holy Grail in a Manhattan apartment.

In this anime from Katsuhiro Ôtomo, director of Akira, Anna Paquin lends her voice to the character of Ray, an inventive boy in Victorian England who receives a mysterious package from his scientist grandfather and embarks on an adventure to discover the truth behind a massive technological fortress.

Helena Bonham-Carter and Julian Sands star in this Oscar-winning Merchant-Ivory adaptation of the E.M. Forster novel about a conventional young woman in turn-of-the-century England who is drawn to the unusually forward-thinking ways of a man she meets on holiday.

John Ford directs John Wayne in this drama based on the plays of Eugene O’Neill. The Duke plays one of a handful of seamen on a British vessel headed from the West Indies to Baltimore; tensions rise when the ship takes on a cargo of dynamite and encounters rough seas en route to its destination.

Leslie Caron stars as the titular character in this dramatic interpretation of the eponymous stage musical (itself based on a series of films by Marcel Pagnol), about a French woman who falls in love with a mechanic (Horst Buchholz) but marries a lonely widower (Maurice Chevalier) when her love leaves her to travel the high seas.

The Who’s 1973 rock opera gets the big-screen treatment, exploring the the musical and social milieu of Swingin’ London’s early days.

Tian Zhuangzhuang’s remake of the classic 1948 Chinese film Spring in a Small Town centers on a dutiful wife who helps care for her ill husband, though she resents him for being unable to give her a child. When one of his childhood friends comes to visit, he’s unaware that his wife was once in love with him, and tensions rise.

Denis Villenueve’s (Prisoners) thriller recounts the true story of the 1989 tragedy known as the “Montreal Massacre,” wherein a gunman opened fire on campus at the École Polytechnique de Montréal and killed 14 young women. 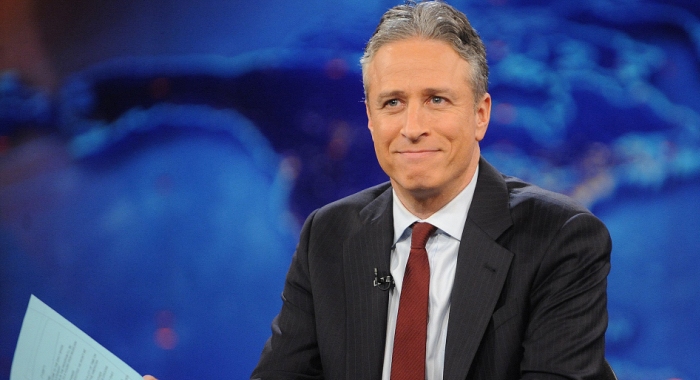