This weekend, Pierce Brosnan stars in AMC’s The Son, a western drama based on Philipp Meyer’s eponymous novel about a Texas family’s rise to power during the early 1900s. It’s further evidence that the Irish actor’s career consists of so much more than just characters with a certain set of skills; in fact, he’s been part of a long series of critically acclaimed — and eclectic — projects. How many of your favorites match up with the critics? Let’s start the countdown and find out! 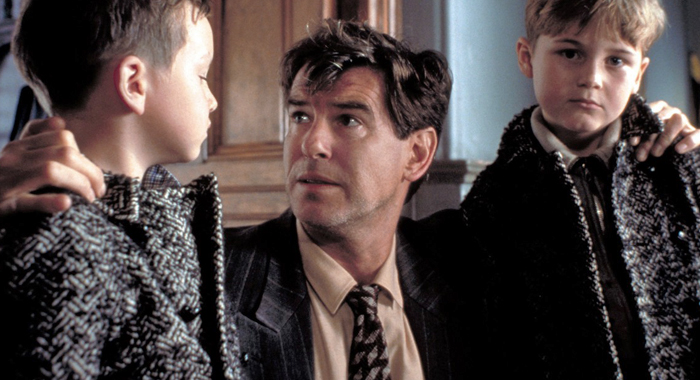 Brosnan reunited with Mister Johnson director Bruce Beresford for 2002’s Evelyn, a fact-based drama about an underemployed single father in 1950s Ireland (Brosnan) whose struggle to find a steady job ends up costing him custody of his three children — and inspires him to take on the system by fighting to get them back in court. While some critics dismissed Evelyn as manipulative, well-meaning fluff, others succumbed to the undeniable pull of a well-acted, heart-tugging drama. “From any other filmmaker, Evelyn would be merely a forgettable good intention,” admitted the Washington Post’s Ann Hornaday, “but when you consider that Beresford is the man who brought us Black Robe and Breaker Morant, it approaches heartbreak.” 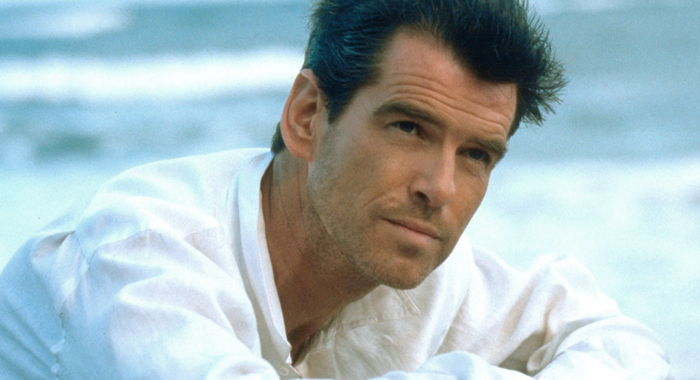 You’ve gotta have chutzpah to try remaking a Steve McQueen classic, so even if director John McTiernan’s 1999 update on The Thomas Crown Affair had turned out to be a complete dud, you’d have to give Pierce Brosnan credit simply for agreeing to step into the iconic tough guy’s shoes. Happily for all concerned, the new-look Crown turned out to be not only a worthwhile diversion for caper flick fans, but a relatively rare example of an action-adventure movie that isn’t overpopulated with twentysomething stars. Opined Jeffrey Overstreet for Looking Closer, “For those who still have a shred of sophistication left, and an appreciation for mind games rather than mere shock-treatment, here’s a summer movie for you.” 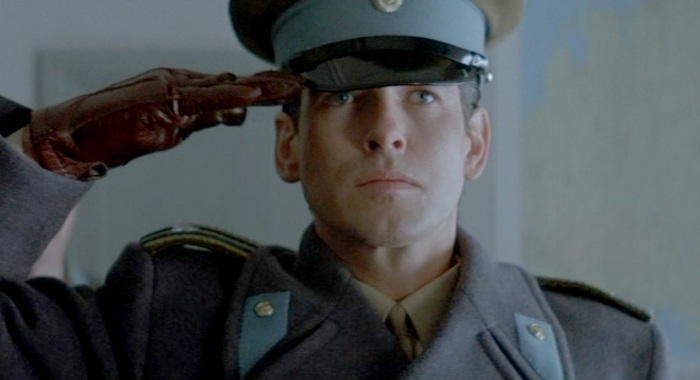 The 1980s brought us countless spy thrillers with portentous-sounding titles, starring steely countenanced, suavely accented dudes wielding pistols in pursuit of microchips, bombs, and the like, so a person could be forgiven for passing over 1987’s The Fourth Protocol in the mistaken belief that it was just another one of the many generic entries in that oft-abused genre. They’d still be missing out, however, because Protocol is an uncommonly smart 1980s spy thriller, adapted by Frederick Forsythe from his own novel and starring Brosnan and Michael Caine as, respectively, the evil Russian and the British agent who’s trying to catch him. Foreshadowing Brosnan’s cinematic future, the Washington Post’s Desson Thomson wrote, “Protocol is espionage as exhilarating as the better Bond, but with less of the winky camp. This is deadly stuff: We see just how easy atomic terrorism would be.” 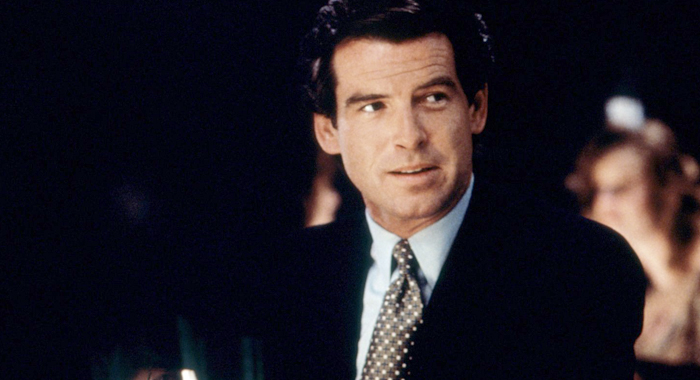 It was Robin Williams who undoubtedly got most of Mrs. Doubtfire‘s laughs — and carried the movie, as well as several pounds of latex, while wearing a dress — but when considering the vast appeal of this hit 1993 comedy, we must not discount the charming, subtly bewildered work of Pierce Brosnan as Stuart “Stu” Dunmire, a guy who just wants to date Sally Field but ends up the victim of cinema’s first and only run-by fruiting. “In terms of plot, the film is rather feeble,” admitted ReelViews’ James Berardinelli. “But sometimes there’s more to a movie than story, and this is one of those rare occasions when all the other elements pull together and lift the production.” 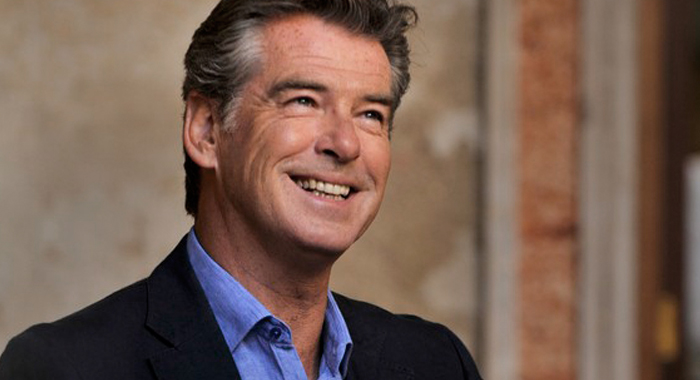 Bond films notwithstanding, Brosnan’s spent a significant portion of his film career taking on roles that downplay his rakish charm. But every so often he’ll sign up for a project like Love Is All You Need, director Susanne Bier’s gorgeous, souffle-light romance about the beautifully shot sparks that fly when an English widower living in Denmark (Brosnan) crosses paths with a jilted hairdresser (Trine Dyrholm). While Bier may not have been able to resist a number of rom-com cliches, the end result proved sufficiently fresh to melt most critics’ hearts, chiefly because of the seemingly effortless chemistry between Love‘s two eye-pleasing leads. “We’ve seen enough romantic comedy to know these two are destined to fall for each other,” wrote the Miami Herald’s Connie Ogle, “but Bier is that rare filmmaker who can make you wonder if there will actually be a happy ending.” 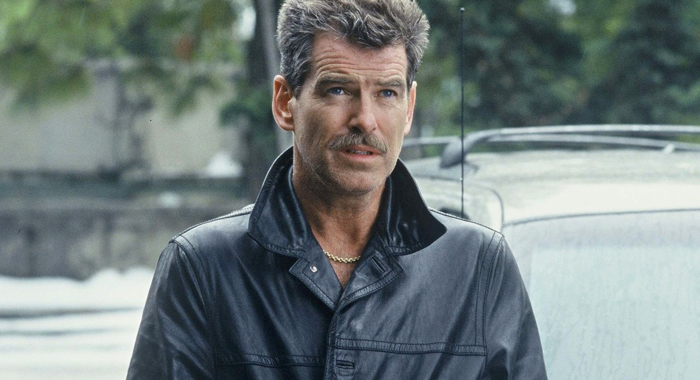 What could an ordinary businessman and a worn-out hitman possibly have in common? In the real world, maybe not much. But in Richard Shepard’s The Matador, that unlikely-seeming setup provides the grist for a quirky, darkly funny buddy flick starring Greg Kinnear as the businessman and Brosnan as the assassin. His post-Bond work generally hasn’t been as high-profile as the films he starred in as 007, but Brosnan’s success on her majesty’s secret service has freed him up to take offbeat roles in offbeat projects, and here, critics argued that the results were richly rewarding. According to eFilmCritic’s Rob Gonsalves, “Brosnan’s work as a monster who’d like to become human, but has no idea how, is painfully funny.” 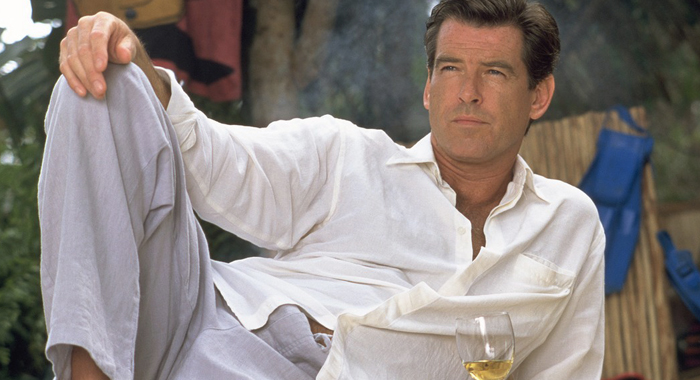 When you sit down to watch a John le Carré spy movie, you know you aren’t going to get a lot of the stuff we tend to depend on for our espionage thrills; gunplay, car chases, and general derring-do are downplayed in favor of literate, relatively dense plots that derive their quietly building tension from small, impeccably performed moments. The results tend not to cause much of a stir at the box office, where The Tailor of Panama failed to make a major dent, but they’re generally well-received by critics, and this is no exception: Director John Boorman’s adaptation of le Carré’s 1996 novel about a disgraced spy (Brosnan) who gets mixed up with a tailor (Geoffrey Rush) he tries to convert into an MI6 asset won praise from writers eager to absorb a smart thriller for grownups. As Peter Rainer warned for New York Magazine, “If you think the spy-thriller genre has been streamlined and spoofed and subverted until nothing new can be done to it, think again.” 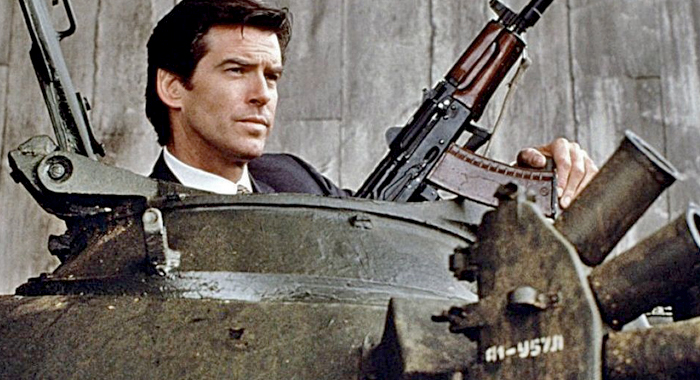 Years after missing out on the opportunity to play James Bond due to his Remington Steele commitments, Brosnan finally grabbed the martini glass for 1995’s GoldenEye, restoring the layer of suave menace and playful humor that many viewers felt the character had been missing for far too long. Like most Bond flicks, it was a sizable hit, but it also struck a chord with critics, most of whom pointed to Brosnan’s performance as a key component of GoldenEye‘s success. Calling him “Lean, dark and graceful,” TV Guide’s Maitland McDonagh wrote, “Brosnan wraps his perfectly calculated accent around all the standard phrases without making us hear quotation marks.” 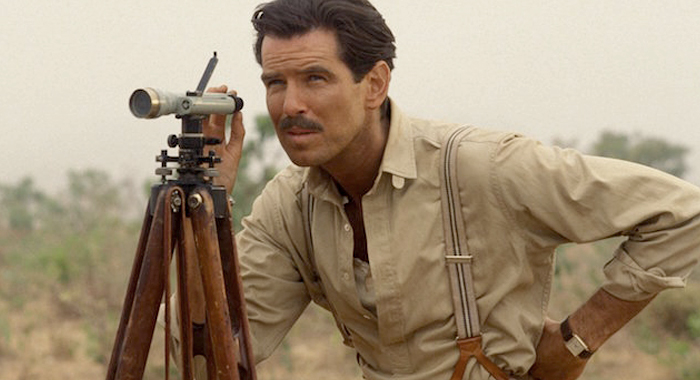 For his follow-up to the Oscar-winning Driving Miss Daisy, director Bruce Beresford returned to matters of race, taking viewers to West Africa in the 1920s to tell the story of the titular clerk (Maynard Eziashi) of a British administrator (Brosnan). Johnson’s desperate need to fit in with white society drives him to ill-advised actions — and although they benefit Brosnan’s character greatly in the short run, Johnson tragically fails to understand that his social status will always leave him vulnerable to the whims of others. While many critics accused Beresford of taking the same unaccountably light hand with Mister Johnson‘s themes that he had with Daisy, the majority felt that the end justified the means; as Chris Hicks argued for the Deseret News, “We care about Mister Johnson even while he’s annoying. And we hope for him to acknowledge his weaknesses, even while we anticipate his downfall.” 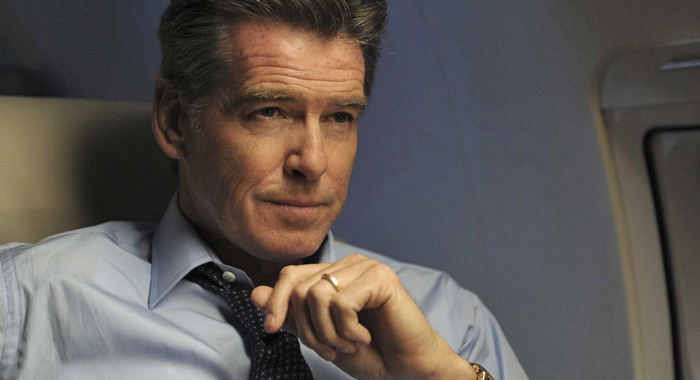 Brosnan stepped in front of the cameras for Roman Polanski with 2010’s The Ghost Writer, a political thriller that takes veiled shots at former British Prime Minister Tony Blair with a deep vein of black humor. Starring as a former PM whose potentially duplicitous deeds threaten to come to light during the writing of his memoirs — possibly threatening the life of his ghostwriter (Ewan McGregor) — he was clearly having a good time, and that light touch helps keep Writer‘s tension from becoming overbearing. “The great thing about Brosnan’s performance is that his character’s shadow looms over the entire film,” wrote Matt Neal for the Standard, “yet Brosnan never resorts to chewing the scenery or becoming a Blair caricature.”