Like most anthology series, the eight episodes that make up Amazon’s Modern Love – based on the popular New York Times column of the same name – are hit and miss. Some, like — surprisingly — the one that stars Tina Fey and John Slattery as longtime marrieds who are try to get their groove back by playing tennis, are just meh.

But then there’s “Take Me as I Am, Whoever I Am,” a moving installment in which Anne Hathaway’s Lexi is a whirlwind of energy and charm as she and Jeff (The Deuce scene-stealer Gary Carr) meet-cute at the supermarket. Her excitement about the prospects of this new romance can’t be contained – hence, the song-and-dance number that ensues in the store’s parking lot. 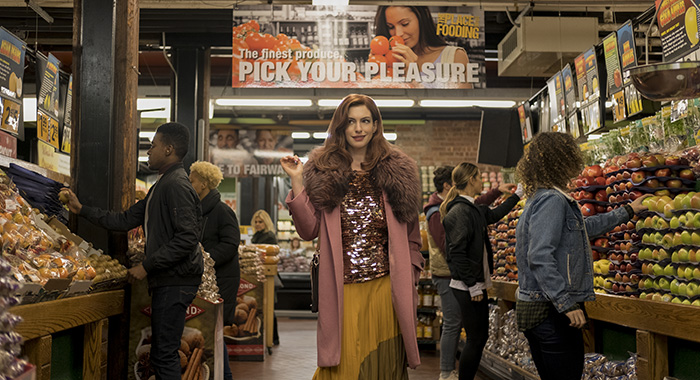 But when Jeff arrives at her apartment to pick her up for their date, the much more subdued Lexi seems like a completely different person. We learn she has bipolar disorder, and her brief relationship with Jeff may be a crushing disappointment as a romance, but it sparks Lexi to seek medical help and open up to a friend about the all-consuming challenges she’s kept hidden.

“And we’re no different,” she said of the stories in the series. “I was just really happy to make an episode for the people in my life who are going through that, to be able to say, ‘I love you, I see you, you’re gorgeous, you’re absolutely worth loving.’” 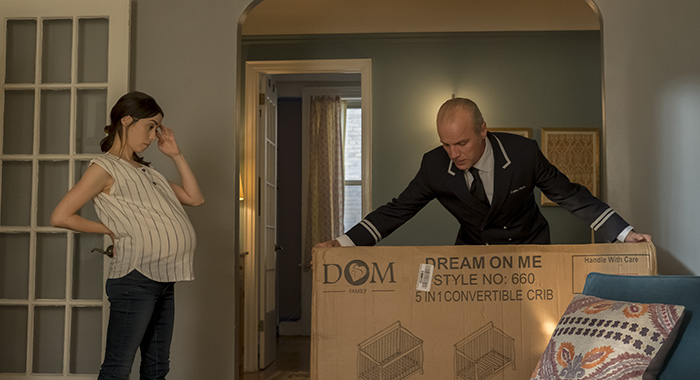 Another gem in the line-up, “When the Doorman Is Your Main Man,” is about the friendship that develops between Cristin Milioti’s Maggie and Laurentiu Possa’s Guzmin, the titular doorman who seems a little too concerned about Maggie’s love life.

Like the best of the “Modern Love” columns and TV episodes, this story highlights how it’s the connections people forge with each other, romantic and otherwise, that prevent them from being swallowed up and isolated in a fast-paced world or a big city like New York. Guzmin and Maggie have something more important than a fling: a friendship that continues through Maggie’s pregnancy, her life as a single mother, and other major life changes.

“I think they’re … like two kindred spirits,” Milioti said about the episode, which also spotlights the not-at-all uncommon bonds that form between longtime residents and the doormen (and women) who become a part of their daily lives. 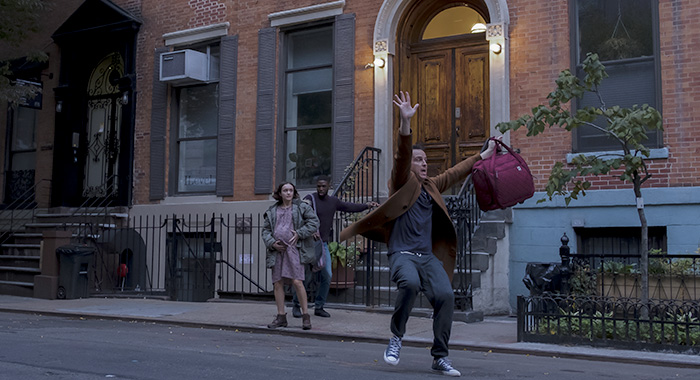 Another of the series’ best episodes stars an alum of another Amazon series: Andrew Scott (yes, Fleabag’s Hot Priest) in “Hers Was a World of One” (based on “Modern Love: Three Mothers, One Bond“). Scott’s Tobin and Brandon Kyle Goodman’s Andy are a gay couple who enter an open adoption with homeless-by-choice free spirit Karla (Olivia Cooke).

Karla upends their well-ordered life well before the baby arrives, and Tobin, in particular, becomes more open-minded and tolerant as he very reluctantly at first experiences with Karla’s bohemian lifestyle.

“We’re very interested in identity politics, and we’re very interested in what we are, where we come from, where we’re going, and I think what’s very important to remember is we can co-exist with people and love people and like them and have them in our lives that have completely different political aspirations and points of view,” Scott said. “And our job is not to annihilate people who disagree with us, but to try to co-exist with everyone … and that’s really what this story says.”

“And that families can look different,” Goodman added. “It doesn’t have to be a mom and dad … there can be three parents together. It’s about love, and the child having their love, whoever the parents are.” 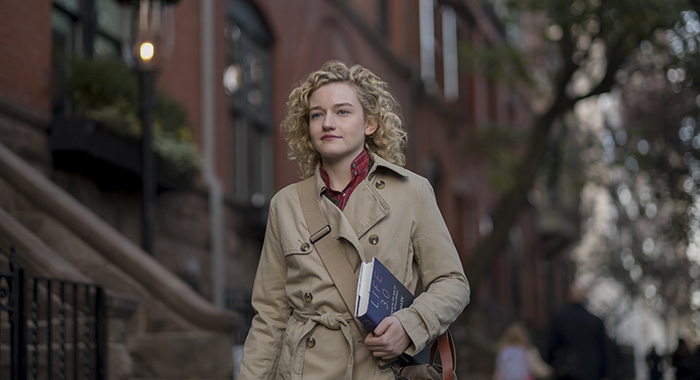 Other stars of Modern Love episodes include Catherine Keener, Dev Patel, Andy Garcia, Julia Garner, Shea Whigham, Jane Alexander, Judd Hirsch, Peter Hermann,
Sofia Boutella, and John Gallagher Jr. with guest spots by a certain red-headed British pop star and a Chopped star. Whether or not you enjoy their New York–set stories depends largely on how much you like the cast, and whether or not you’re a fan of the personal essay-ness of the NYT column.

Not every story is as compelling, or just plain entertaining on a rom-com level, but Hathaway and Carr’s performances do create one of the most satisfying episodes of TV of the year. 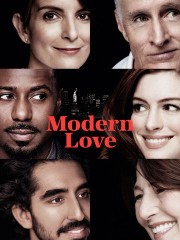