#39In the season 2 finale, Rick and Carl make it out of the woods but find chaos on the farm, where the group has been split up and people are questioning Rick’s leadership abilities.

#38One group leaves the prison in search of supplies, while those who stay behind try to preserve what remains.

#37The Season 9 mid-season finale, presented with new BTS content. A small rescue mission braves a dangerous herd in their hunt for a missing comrade, only to discover a surprising threat that could doom them all.

#36In the Season 10 premiere, the group in Oceanside continues to train in case the Whisperers return. Tensions are high as the heroes struggle to hold onto their concept of civilization.

#35The Series 4 opener finds Rick and the group aiming to maintain a close-to-ideal life at the prison.

#34Supplies go missing from Hilltop; Negan is idolized by an Alexandrian, and Ezekiel holds a secret.

#33A grave threat rears its head from a surprise source, Rick and Hershel work together to avoid a dire situation, and Dale has it out with Shane.

#32Carol pushes boundaries that make Daryl uncomfortable. Alpha and Beta have reservations about someone.

#31Carol and Daryl go on a mission together, while Siddiq struggles to solve a mystery.

#30Traumatic events leave a life hanging in the balance, while the survivors deal with a new threat.

#29A flashback reveals the origins of Alpha and Beta. Alpha attempts to toughen up Lydia as they prepare to walk with the dead. Meanwhile, the Whisperers create their herds. 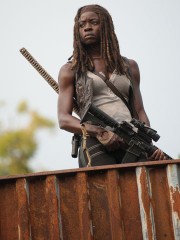 #28A seemingly simple scavenging run proves to be very tricky when the group isn’t the only one vying for an unexpected supply goldmine.

#27Rick and a small group run into multiple hurdles while trying to return to Alexandria, but they might not all make it back.

#26In the season 2 premiere, Rick and the group leave Atlanta and encounter a threat on the highway the likes of which they’ve never seen. Elsewhere, the group search for a missing person. 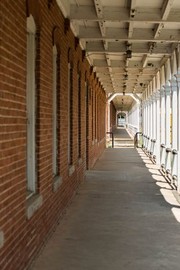 #25Following a number of familiar faces, the group’s introduced to a new well-established community that seems too good to be true.

#24In the season 6 premiere, Rick and the group continue to have trouble assimilating into Alexandria, and a new threat could bring them closer together or drive them further apart.

#23Rick and the group continue to acclimate to their new surroundings.

#22After Rick comes to the realization that Alexandria might not be as safe as he thought, decisions must be made about where to go. 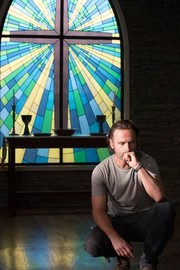 #21Rick and the group realize the only way to maintain the peace of Alexandria is to fight a new enemy. This time, though, the group might be outmatched.

#20Rick and his group make a risky run into Washington, D.C., to search for artifacts they will need to build the civilization he and Carl envisioned.