#118Rick and the Governor contemplate a peace treaty.

#117Daryl finds himself in bad company as his group heads to the Hilltop, and Gabriel’s faith gets tested. 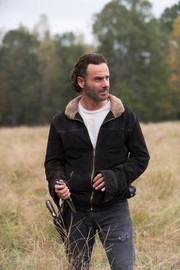 #116
Alexandria is alerted after realizing someone is missing. Several search parties will venture out, but what they find isn’t what they’re hoping for.

#115A group of Alexandrians embark on a journey to a distant community; and one group member must make a heartbreaking decision.

#114In the aftermath of a horrific discovery, Rick must restore order; meanwhile, Hershel falls back into a bad habit and disappears, leaving Glenn and Rick to track him down in town. 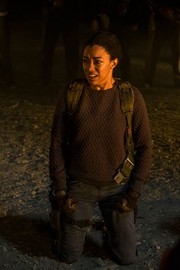 #113In the seventh-season premiere, Negan’s actions will haunt the surviving members of Rick’s group forever.

#112Rick attempts to rescue an imperiled member of the group, while a recent attack has left Woodbury in disarray. Later, concerns are raised at the prison after new guests arrive.

#111One group finds what may be an ideal shelter, while others realize protection is all around them.

#110Trouble arises at the Hilltop when unexpected visitors arrive and the community is thrust into action. Heartbreaking discoveries are made.

#109A Heaps prisoner makes a discovery, Carol searches for someone in the nearby forest, and Rick and Morgan find themselves in the company of strangers.

#108The group encounters obstacles in their quest for stability and safety.

#107The Saviors pay an unexpected visit to the Hilltop, catching everyone by surprise. This time, they’re planning on taking more than just supplies.

#106A completely new group of survivors living in an impressive community that seems to have it all, but for — a price, is introduced. 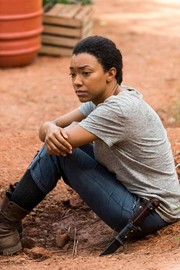 #105Surrounded by enemies and saddled with grief, members of the group hope to find safety at the Hilltop before it’s too late.

#104Rick, Glenn, and Hershel find themselves trapped and facing a battle for survival against a new army of foes, both dead and alive; Lori encounters danger on the road; and Shane attempts to rescue her and return her to the farm.

#103Glenn becomes the keeper of a pair of secrets, Andrea develops a new skill and is forced to rely on it during a life-or-death confrontation, and Rick uncovers a secret about someone close to him.

#102Rick receives some surprise help escaping from a tank surrounded by walkers, and hooks up with a resourceful survivor who leads him to other humans holed up in a downtown department store. The group is none-too-pleased with Rick, whose gunshots have attracted a rapacious rabble of zombies, and he is forced to come up with a gutsy plan to get them out of the city.

#101While the group ponders their next move, Rick sets out to find a missing friend. Later, Merle and Daryl begin to have second thoughts about their choices, and, after restoring order to Woodbury, the Governor determines to punish those responsible.

#100In the season finale, the communities join forces in the last stand against the Saviors. The season’s story lines culminate in all-out war.

How Sung Kang Became Han for the Fast and Furious Franchise