Filmmaker Kristian King explores the pressure to be flawless in a moving high school drama with a deeply personal connection to its creator. 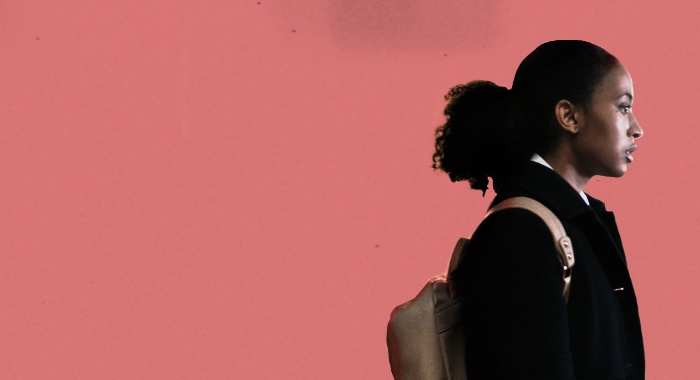 Twice As Good is part of the Scene in Color Film Series, presented by Target, which shines a light on incredible filmmaking talent. As part of the series, three emerging filmmakers will receive mentorship from producer Will Packer, and their films are available to watch on Rotten Tomatoes, MovieClips Indie Channel, Peacock, and the NBC App.

In Twice As Good, from Brooklyn-based filmmaker Kristian King, a high school over-achiever is in a nerve-racking dilemma: It’s College Decision Day, expectations are high, and she’s harboring a weighty secret that could disappoint the family, friends, and teachers who believe in her. (And we mean really believe in her: one teacher regularly bakes her pastries.)

Ann Pearson is the over-achiever in question, a valedictorian whose every moment of every day seems marked by a push for perfection. We see papers stamped with A++ and rows of shining trophies. The film’s first spoken words are, in fact, “Perfect as always,” said by Ann’s mom, a lawyer, as her daughter dishes up a flawless omelet for breakfast. The pressure Ann feels to never show a crack – even though she knows one is coming – generates suspense in a story that its creator says shows a different side of Black life in America.

“I’ve always been interested in Black stories that explore beyond the stereotypes,” King says. “I grew up in the suburbs amongst high achievers and with a mom who values education. But there’s another side to it, which is that it can be hard to figure out what you want and what you want to do.”

Twice As Good is a mirror of King’s own story: She was on the “med school path” studying biology at Duke before discovering her love of film, which put her in her own dilemma – how to tell her parents she no longer wanted to be a doctor. She channeled that experience into the character of Ann. “I wanted to see that portrayed in a Black character,” King says. “I wanted to see someone who is a perfectionist, and had everything right, and really was driven and focused and yet was carrying this huge secret inside of her.”

King expertly captures that pressure, aided by a star turn by Sojourner Brown as Ann, and delivers a film deeply relatable to its creator and ultimately moving to those who see it.