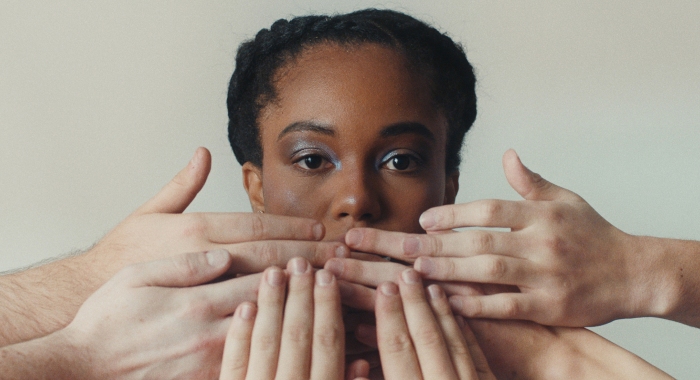 To the Girl That Looks Like Me is part of the Scene in Color Film Series, presented by Target, which shines a light on incredible filmmaking talent. As part of the series, three emerging filmmakers will receive mentorship from producer Will Packer, and their films are available to watch on Rotten Tomatoes, MovieClips Indie Channel, Peacock, and the NBC App.

Ewurakua Dawson-Amoah’s lyrical short film To the Girl That Looks Like Me is an adaptation of one of the filmmaker’s poems – a piece of writing that had an unlikely inspiration: a picture of Kim Kardashian in “boxer braids” as part of an article about hot new looks.

“I remember being so angry, because that was the exact hair style that I wore when I was going into school,” Dawson-Amoah says. “I would get teased for [it], people would call it ‘corn rows,’ like, ‘you have rows of corn, why does your hair look so weird?’ And now because a celebrity has it, it’s suddenly something that’s really cool.”

The poem, and the film she would go onto make, takes that anger and creates something breathtakingly beautiful from it – and joyful: a celebration of Black women’s bodies, minds, and spirits. As Dawson-Amoah reads lines from her poem, we see Black women dancing, laughing, and moving confidently through striking spaces – a church, the woods – many of which have personal connections to the filmmaker.

It is a singular viewing experience, a visual poem that’s both moving and incredibly insightful. “I wanted to combine my history, my culture, and my upbringing in this space to try to create a film that let other Black girls who might have had a similar experience growing up know that there’s a space for them in the industry – but also in the world,” Dawson-Amoah says. “Because a lot of us grow up thinking there’s not a space for us at the table.”