Watch Hiplet: Because We Can

Filmmaker Addison Wright introduces to the women fusing ballet and hip-hop and going viral in the process in his thrilling new film. 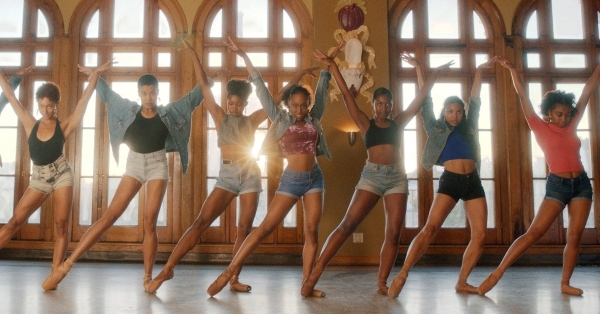 Hiplet: Because We Can is part of the Scene in Color Film Series, presented by Target, which shines a light on incredible filmmaking talent. As part of the series, three emerging filmmakers will receive mentorship from producer Will Packer, and their films are available to watch on Rotten Tomatoes, MovieClips Indie Channel, Peacock, and the NBC App.

Chicago filmmaker Addison Wright’s Hiplet: Because We Can shines a spotlight on the “hiplet” ballerinas of Chicago, a group of dancers whose fusion of ballet and hip-hop styles has made them a viral sensation. (Wright himself came upon the group while scrolling through the Explore page on Instagram.)

The film is a fusion, too – part invigorating musical, part incisive documentary – and is bookended by two thrilling performances by the dancers that will have you recalling Busby Berkeley one moment, ’90s R’n’B music videos the next.

Between those two joyful sequences, Wright introduces us to the women of this unique troupe, who reflect on why hiplet is connecting with people throughout the world, and what it means to be a Black woman bringing something new and vital to one of dance’s most traditional forms.

The music video influence shows, too, in the way Wright chooses to shoot every section in a different way, with one sequence rich with shadows, one brightly and beautifully lit, another in-black-and white. He changes aspect ratios too, so that “your eyes keep refreshing.” He says: “It puts you in a place of, What’s going to happen next?”

Packed with joy, insight, and images you won’t forget, Hiplet suggests the future is bright for the creative minds on camera – and the man behind it.