The John Carpenter classic surged from behind on the last day of voting to eke out a victory over The Shining by a mere 20 votes! 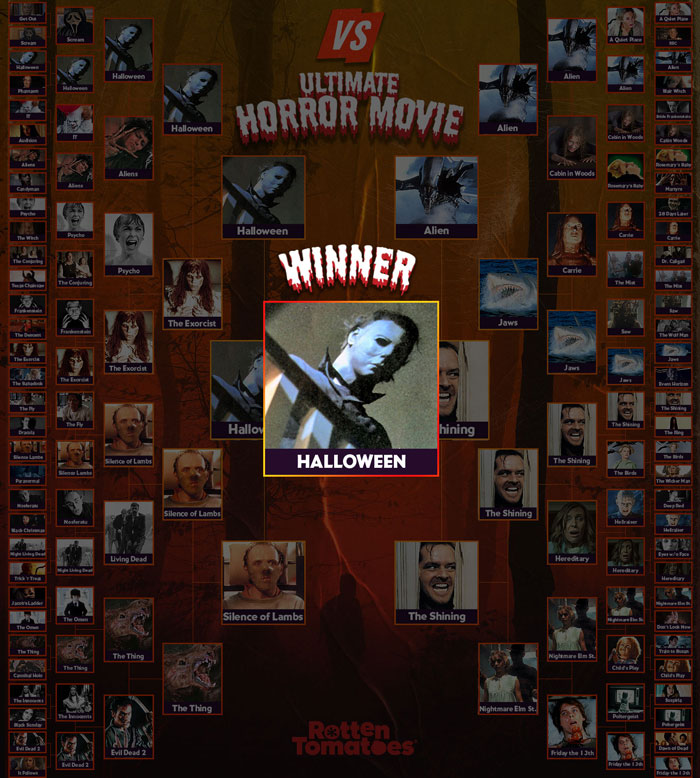 After six intense rounds of voting on some of the most beloved, most iconic horror films ever, we can finally announce that the winner of the Ultimate Horror Movie Showdown is John Carpenter’s original Halloween! And, appropriately enough, the win came by the narrowest of margins, making it the closest battle of the entire tournament. Stanley Kubrick’s adaptation of Stephen King’s The Shining held a tenuous lead of just under 100 votes as the last day of voting began, but as afternoon came, the tide began to turn. When all was said and done, almost 14,000 votes were cast, and Halloween received a last-minute surge that helped it eke out the victory over The Shining by a mere 20 votes (6917 to 6897, to be exact)!

As always, thanks to everyone who participated and followed along, leaving comments and discussing the results. If nothing else, we hope we’ve reminded you of a few forgotten favorites or a few gems you’ve been meaning to check out that you can place on your Halloween watch list for the weekend. With that said, stay tuned for our next showdown, and have a safe and Happy Halloween!