Chicago filmmaker Wright reveals how his acclaimed short evolved into a stirring hybrid documentary, and why he wants to tell a unique love story next. 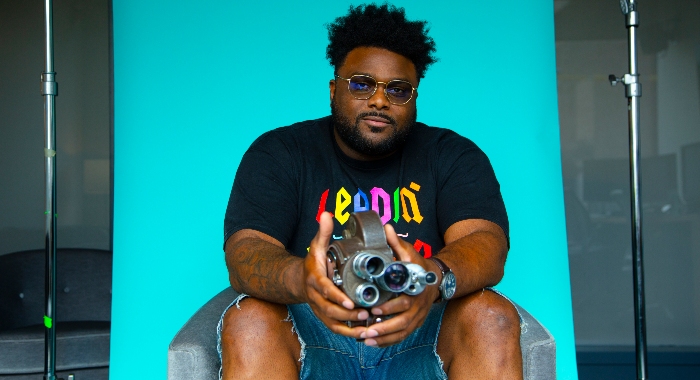 Addison Wright’s Hiplet: Because We Can is part of the Scene In Color Film Series, presented by Target, which shines a light on incredible filmmaking talent. As part of the series, three emerging filmmakers will receive mentorship from producer Will Packer, and their films are available to watch on Rotten Tomatoes, MovieClips Indie Channel, Peacock, and the NBC App.

Chicago filmmaker Addison Wright discovered the subjects of his short film, Hiplet, while browsing the Explore section of Instagram. When he learned that the “hiplet” dancers – who fuse traditional ballet with hip-hop and have become viral sensations – were also based in Chicago, he knew he had to make a film about them.

The film he first had in mind was not the exact film he would end up making: Initially, Wright wanted to shoot the troupe dancing in a ballroom that had, at one point in its history, been a white-only space; but when he got to talking to the dancers, and learned about what hiplet meant to them, he realized he wanted to give them time in the film to tell their own stories.

Wright, who has been inspired by ’90s music videos, as well as directors like Spike Lee, Hype Williams, Spike Jonze, and Chris Cunningham, says: “The project evolved from a music video that had a story behind it – placing them in this establishment that was white-only at one point – into a short film, a documentary where they break the fourth wall and express themselves and tell the world about the adversity that they face being hiplet ballerinas.”

Hiplet is the first film for the director, a graduate of Delaware State University who’s been making films for more than seven years. And it’s been an auspicious debut: Hiplet was an Official Selection at the 2020 South by Southwest Film Festival.

His next project will be a feature, a love story set in Chicago’s Bronzeville neighborhood. “I didn’t grow up seeing a lot of Black love stories like that,” Wright says. “One of my favorite movies is A Bronx Tale. I’ve just always been compelled by that, that movie is just really good. To be able to make a film like that, that people of color can watch and go, ‘That’s me, I say the same things, I do the same things’… I want to add to that genre.”