2019 was the year when superhero TV got super innovative, a trend reflected by the five series – four of which were in their debut seasons – that rose to the top of the heap in this category. Legion, one of the most daring superhero series of the decade, ended its three-season run in typically mindf—ing fashion; The Boys won critics over with twists, swears, and a meta take on the genre; Doom Patrol gave us equal parts weirdness and heart (and DC Universe a hit); and the Michael B. Jordan-produced Raising Dion offered a new kind of hero in a story told with remarkable ambition. And then there was Damaon Lindelof’s Watchmen, which nuked the competition (squidded?) with a thrilling and relevant extension of Alan Moore’s story and some of the most jaw-dropping episodes of TV this year. 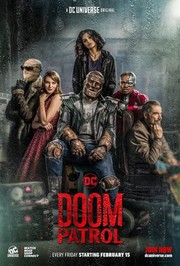 #4
Adjusted Score: 91.529%
Critics Consensus: Though viewers' mileage may vary, The Boys' violent delights and willingness to engage in heavy, relevant themes are sure to please those looking for a new group of antiheroes to root for.
Synopsis: A fun and irreverent take on what happens when superheroes abuse their superpowers rather than use them for good. It's... [More]
Starring: Jack Quaid, Elisabeth Shue, Jessie T. Usher, Antony Starr
Directed By: Evan Goldberg